After Infinity War and Endgame changed both the Marvel Cinematic Universe and our own world forever, it was hard to imagine what comes next. Where do you even go after undoing a catastrophic mass genocide and losing some of the biggest heroes in the game? “Well,” Marvel offers, “you go see how their legacy will carry on and evolve through the people that they left behind.” As usual, they knew just the path to take in the aftermath of one of the most popular movies ever released, and Spider-Man just so happened to be the perfect person to start with. As Tony Stark’s protégé left in mourning after his mentor’s passing, Peter Parker (Tom Holland) is a great jumping off point to reintroduce fans into this new MCU. In Endgame, Peter was unceremoniously pulled back into the world and now has to come to terms with the years missing from his life where society went on without him and the others that turned to dust during Thanos’ snap. His movie also focuses in on a question that fans have been relentlessly asking: what’s going to happen now that the Avengers are either majorly changed or completely disbanded? The uncertainty of Peter and the world around him reflects how Marvel fans everywhere truly have no idea what will come next, but are eager to find out. And if this film is anything to judge by, we were right to be anticipating these new and different stories from a post-Thanos universe. Let’s take a look at how this film satiates our curiosities about post-snap Earth and answers our many questions after the death of the Mad Titan, no spoilers of course. 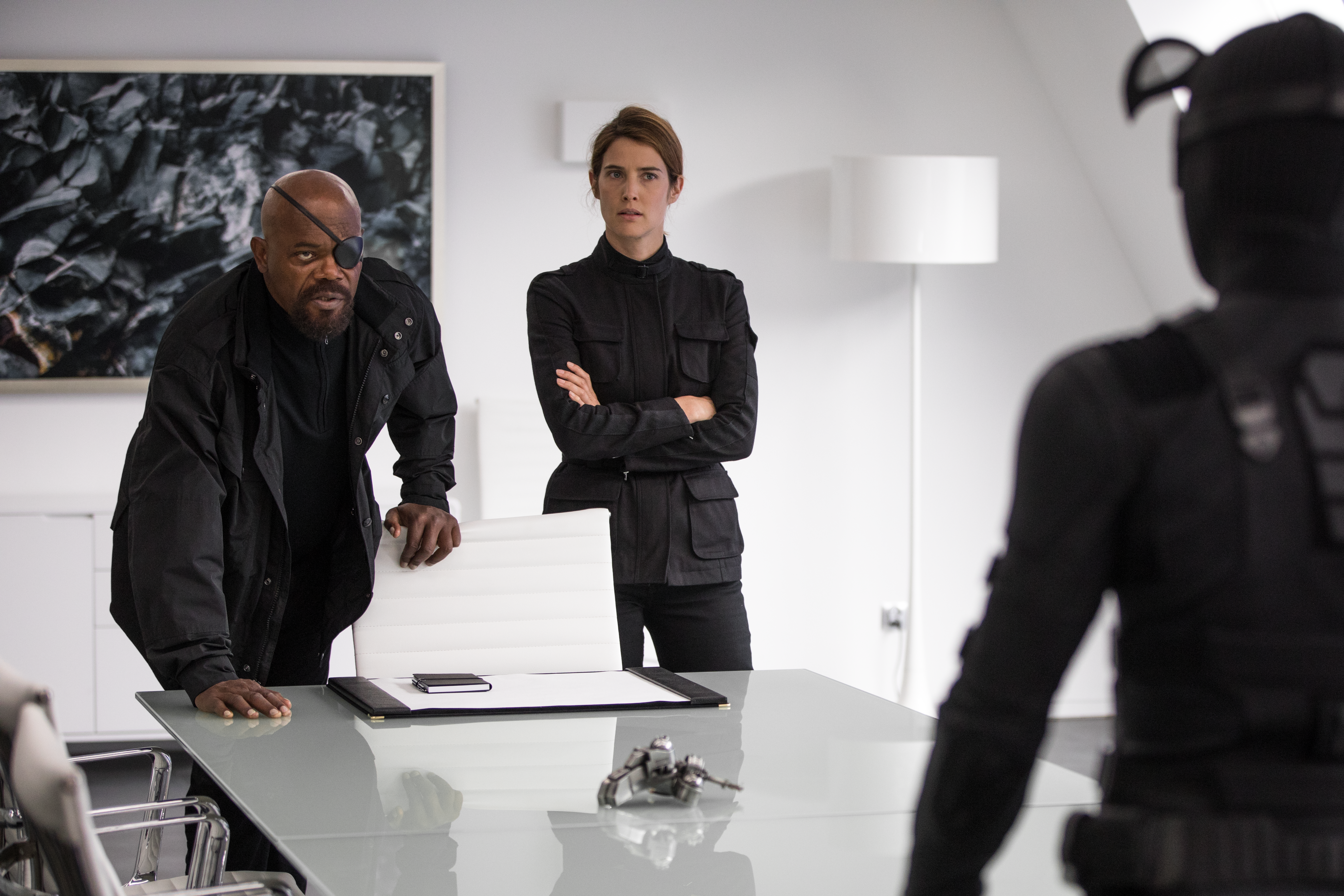 The basis of the film is surrounding Peter’s class trip to Europe, where he plans to have fun with his friends like Ned (Jacob Batalon) and finally confess his love to MJ (Zendaya). All Peter wants is a normal field trip after the traumas of Endgame and the world around him constantly buzzing about who the next Iron Man will be. This simple plan is cut short, however, when Nick Fury (Samuel L. Jackson) shows up in Peter’s European hotel after several failed attempts to contact him about a new threat (as they always say, nobody ghosts Nick Fury). As it turns out, a strange and powerful man named Quentin Beck (Jake Gyllenhaal), who also goes by the alias Mysterio, has come to ask S.H.I.E.L.D. (or what remains of it) for help in defeating a dangerous enemy. Mysterio tells our heroes that he comes from a parallel universe version of Earth which was completely destroyed by Elementals, giant forces of nature that embody the four elements: water, earth, fire, and air. He recounts how these monsters destroyed his Earth and the family he had living there, and swears to help this universe to stop them by any means necessary. Peter is unsure, but Fury doesn’t take no for an answer and practically hijacks the entire school trip in order to put Spider-Man where he needs him to be, leading to some wild scenes of Peter slipping away from friends to fight an Elemental. 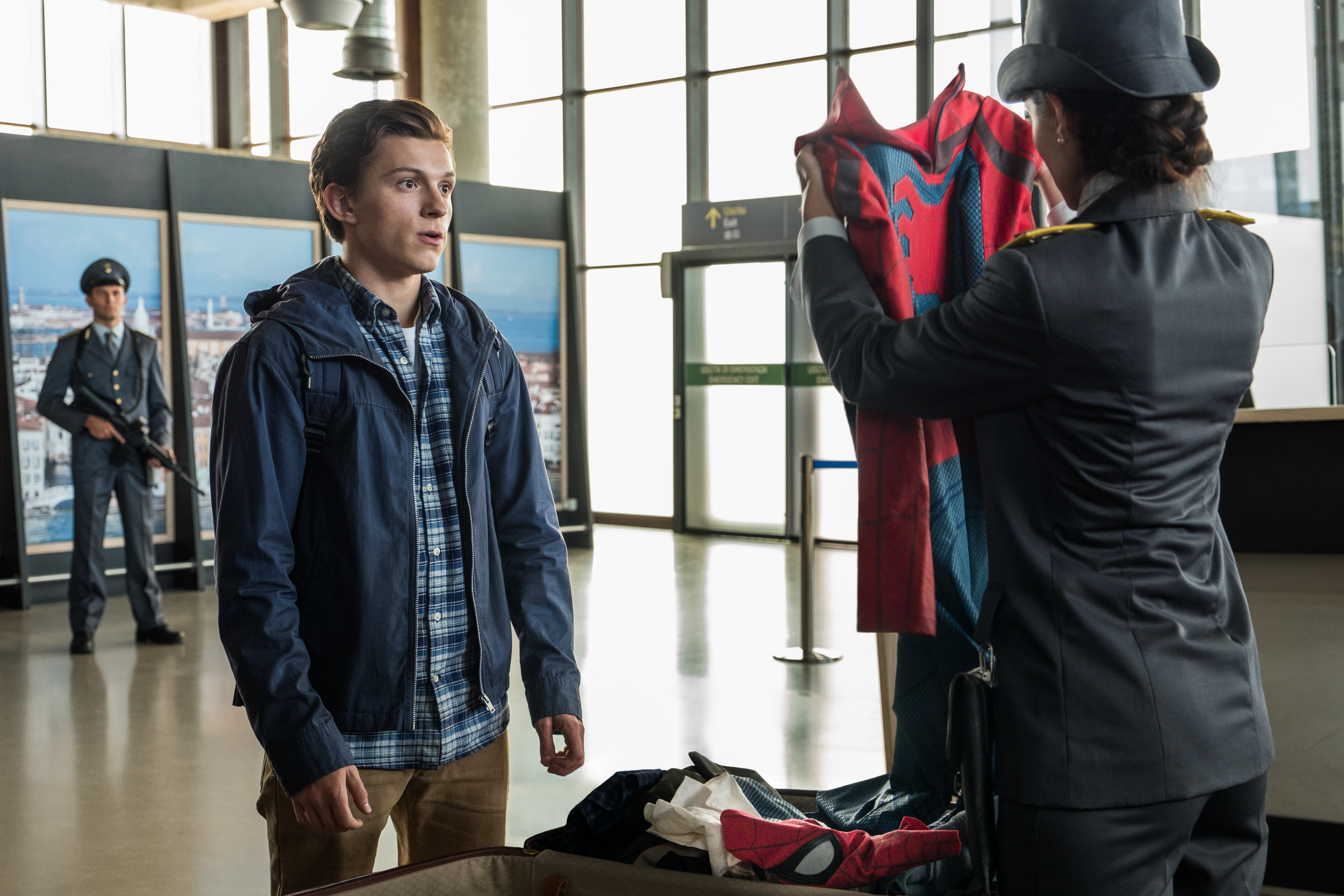 During these crazy events, Peter is also still coming to terms with Tony’s death and what comes next. Everyone is asking if Spider-Man will step up and become the new Iron Man, but Peter feels woefully unqualified and even unwilling to take his mentor’s place. Tony also left him a pair of his signature sunglasses equipped with AI technology that can give Peter easy control over all sorts of Tony’s tech and weaponry, including powerful drones located in the Stark satellite. After a mishap, Peter quickly adds this to the list of things that he feels undeserving of. At the same time, he’s becoming more and more frustrated as his school trip is continuously interrupted and his complex plan to confess to MJ falls apart at the seams. Throughout these struggles, Peter Parker finds comfort and solidarity in Mysterio, who he feels is the only person he can talk to about both superhero and regular life troubles. Mysterio proves to be extremely empathetic to Peter’s situation and advises him in a similar fashion as Tony did, quickly earning respect from the conflicted teen. In the end, Peter has to find a balance between his high school life and his life as Spider-Man, deciding who to trust with his secrets and navigating his way through various plot twists and difficult decisions about how to carry on Tony’s legacy. 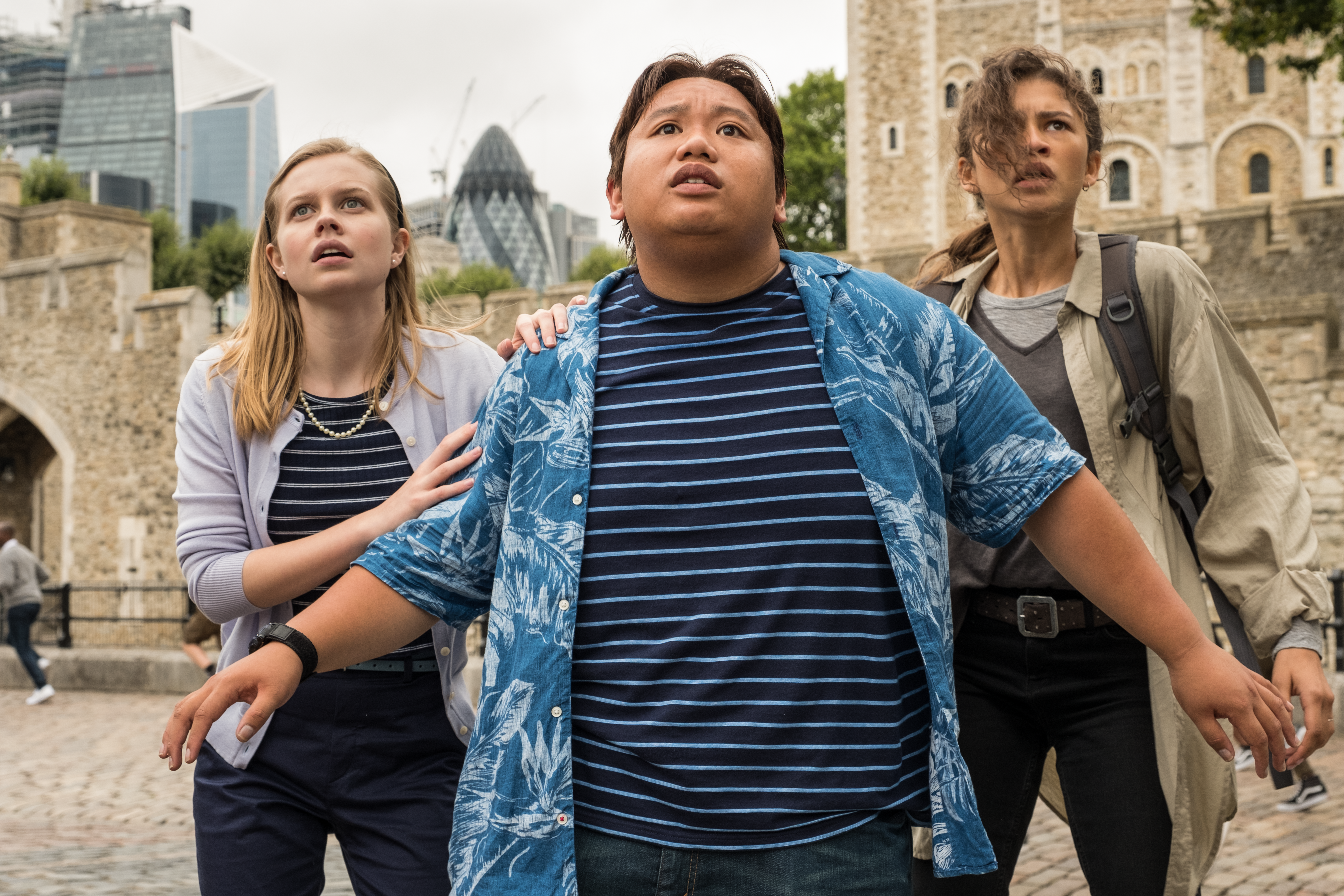 Marvel truly picked a perfect movie to directly follow Endgame, one that reintroduces the audience to a world without the core Avengers from the perspective of both other heroes and civilians. Most importantly, Tony Stark is gone, who acted as a symbol to the world in both good ways and bad. Tom Holland, as usual, does a great job of expressing the pain of losing Tony that drives Peter to want a normal teen life that isn’t completely driven by superhero life. Being more understanding of Spider-Man and the subsequent foil to Nick Fury, Jake Gyllenhaal plays Mysterio in a way that may seem a bit generic at first, but blossoms into a great performance as the story pans out. It is a bit of a bummer for comic fans that we don’t get a more traditional Mysterio, but he is adapted to fit into the MCU and it at least turns out well. All of the side characters in Peter’s classmates shine as usual, especially MJ and Ned, bringing great balancing comedic moments to a film that is arguably sad at its core. The visual effects and fight scenes are also extremely impressive, especially near the end of the film during the final fight and a certain psychedelic moment that both cemented the film as a visual spectacle. And, if you’re somehow new to Marvel movies, you definitely need to stay for the two end credit scenes, as both are important to the story and future of these characters. 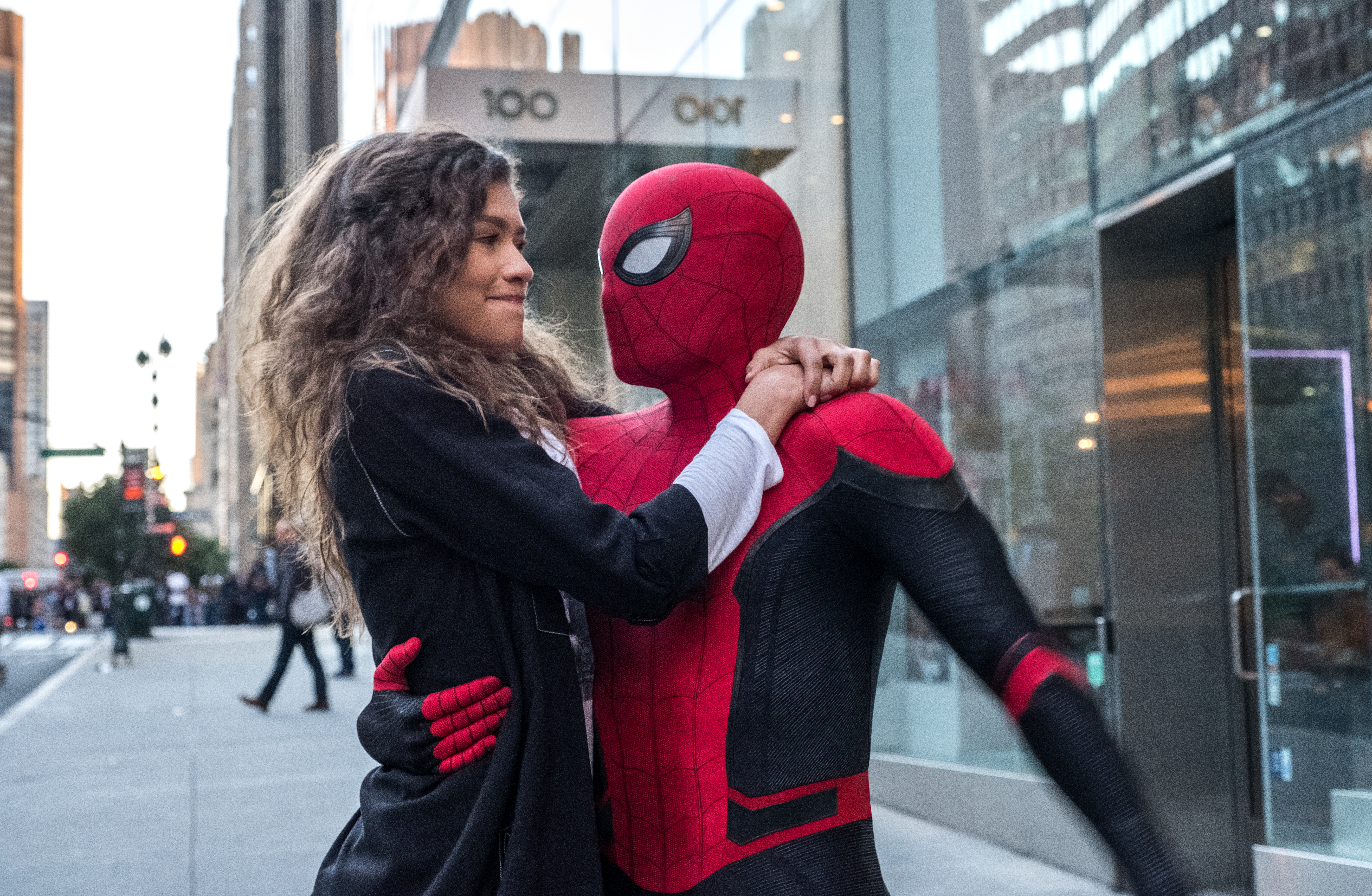 We all live in a post-Thanos universe, and Spider-Man: Far From Home was a stellar start to a new era of the MCU. Even though we in the real world didn’t experience a Thanos snap, the fact that Infinity War and Endgame are both in the top five highest-grossing movies of all time shows their worldwide cultural relevance. We, like the characters in Far From Home, needed a palpable step back into this new changed world, and who better to take it with than our friendly neighborhood Spider-Man? Tom Holland uses his charm and sincerity to carry this movie to greatness, and when working together with all the other elements of the film, it paints a promising picture for the future of the MCU. We probably won’t have an official list of upcoming Marvel movies until San Diego Comic Con, but Spider-Man: Far From Home calmed our worries and instilled in us excitement to see more of this new world. Until the next Marvel movie, we can enjoy this film, delighting in the victories of our resilient remaining heroes and reveling in the mysteries yet to be fully uncovered. 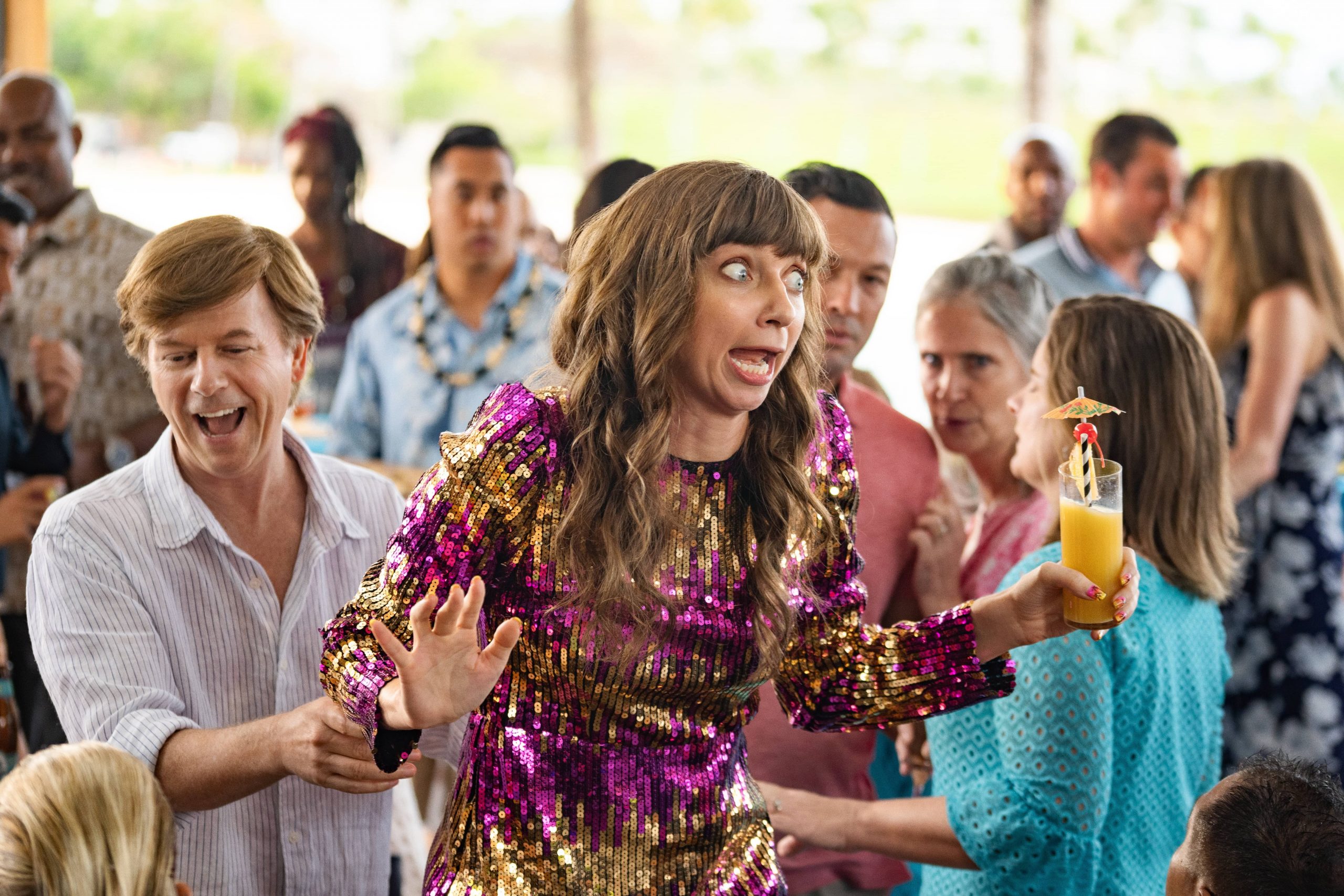 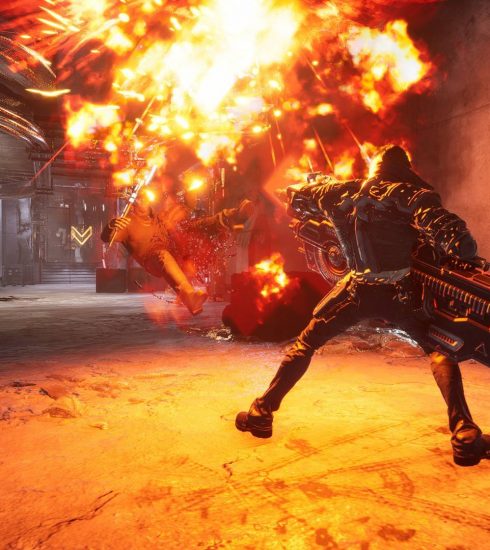