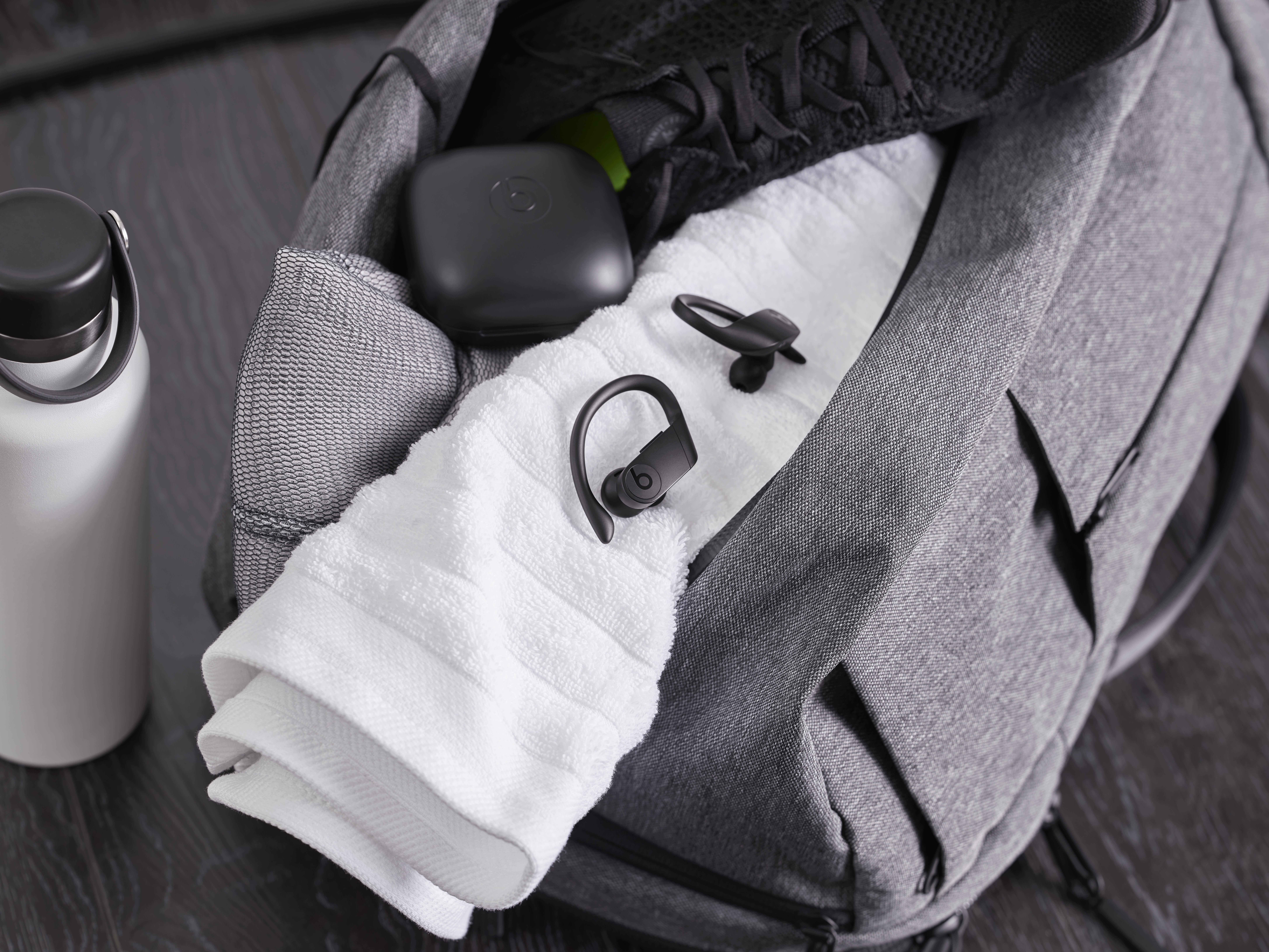 Beats has finally released its latest earphones: the​ ​Powerbeats Pro​, which combine the best of both AirPods and Powerbeats 3 into an excellent product for both everyday use and for working out. Compared to the Apple AirPods, the Powerbeats Pro look large, but there’s a good reason for that; those soft, rubber-like arms are designed to grip your ears securely without making the things too comfortable to wear, despite looking a lot less elegant than the AirPods, these headphones are insanely comfortable. It takes a while to get used to fitting them, but once in place you forget you’re even wearing them. Another thing we really like about the Powerbeats Pro is the fact that both of the earphones have their own set of physical controls. The Powerbeats Pro come in a rather bulky carry case which also acts as a charging dock – a Lightning cable is included in the box, but it matches the colour of your Powerbeats Pro. Powerbeats Pro aren’t totally waterproof, they are splash and sweat resistant, which will be good news for those who plan to use these as their go-to exercise audio. The design of the headphones actually avoids sweat dripping down onto the unit, which is another sign that a tremendous amount of thought has gone into the creation of this product. But, the most annoying thing about the Powerbeats Pro is the charging case. With a product like this, you’d expect a portable, lightweight case. In fact, you get the opposite. It’s unusually large and weighs a relatively hefty 109g without the earbuds and 130g with them inside. In comparison, the AirPod case weighs 38g and 46g respectively. On the plus side, the case holds around two full charges. It’s also worth noting that it charges via a Lightning port, instead of a much more universal USB connector, and that, unlike the latest AirPod case, the Beats case can’t be wirelessly charged.

Connecting the Powerbeats Pro to an iPhone or iPad is a breeze; the moment you first pop open the case they go into pairing mode and a window will appear on any nearby iOS device, asking if you want to link them. Once you’ve done this, the headphones will automatically connect when you next remove them from the case – they’ll also be paired with all of your other iOS devices, provided they’re signed into your iCloud account. Despite being Apple-owned, Beats has made these headphones compatible with Android devices too – although Android users obviously don’t benefit from the auto-pairing with iCloud devices. Even so, the lack of input latency carries over, which is really impressive – we’re sick of Bluetooth headphones having terrible button delay when we’re using an Android phone.

Powerbeats Pro sound terrific, it has been completely re-engineered from the inside out, the earphones boast an upgraded linear piston driver that leverages an efficient, pressurised airflow to create a powerful acoustic response in a small package, while the Pros aren’t noise-cancelling, if you’re wearing them on the street or in an open-plan office, they do a decent job at blocking out most sounds. There are shortcomings to the Beats’ performance, however.

They lack deep, progressive sub-bass extension and they also sound a touch rolled off at the top-end, the bass hits hard but doesn’t overpower the mids. Beats says the Pros boast an impressive nine-hour battery life. More practically, they only need to charge for five minutes to score up to 90 minutes of listening time — so it’s unlikely you’ll get to the gym and realise with horror that they’re flat. Motion accelerometers detect when the earphones are idle and not in use, automatically entering them into sleep mode. There is a lot to love with Powerbeats, but they also have several features that are entirely missing in action. Ones Apple has used in the past and ones that others in the market have embraced.

When comparing Powerbeats Pro directly to AirPods there are two things missing that AirPods have —Find My iPhone, and wireless charging support, Using the Find my iPhone app, or Siri, you can find wherever your AirPods are. It shows where they were last connected right on a map and if within range, it will let you know. A tone can then be sent to each individual AirPod so you can hopefully track them down. Powerbeats Pro are certainly larger and less likely to get lost than AirPods but it can still happen.

We don’t even necessarily need the tone, but being able to see where they were less connected or if they are in the home or gym can be useful. Perhaps it is Apple’s way of acknowledging that Powerbeats Pro are less pocketable than AirPods which seem to travel with us everywhere, Nobody likes a perfect score in a review. It makes the reviewer sound like they’re too bias. So, I’m not giving Powerbeats Pro five stars, but it crossed my mind. I’ve never been happier with a pair of in-ear headphones before.

They’re incredibly comfortable (though for some, canal buds are painful), have rich and well-balanced EQ for an amazing listening experience, and stay put in your ears, only real flaw is in the charging case, which is bigger than it needs to be and isn’t particularly convenient. There is also no way, at this time, to purchase a second charging case, so you can’t have one at home and an extra sitting at work. 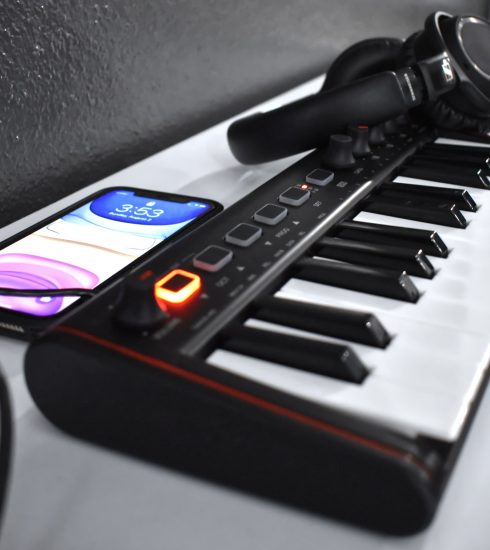 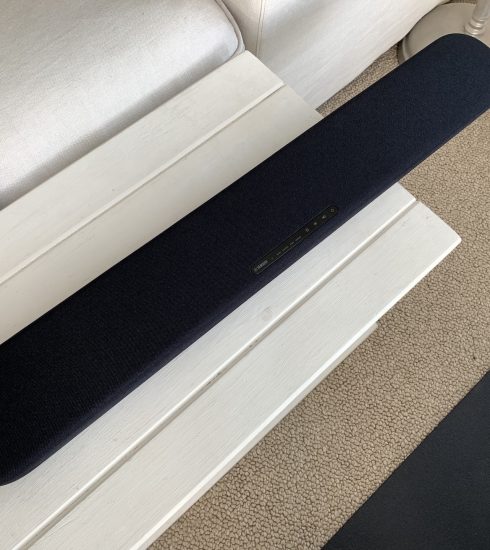