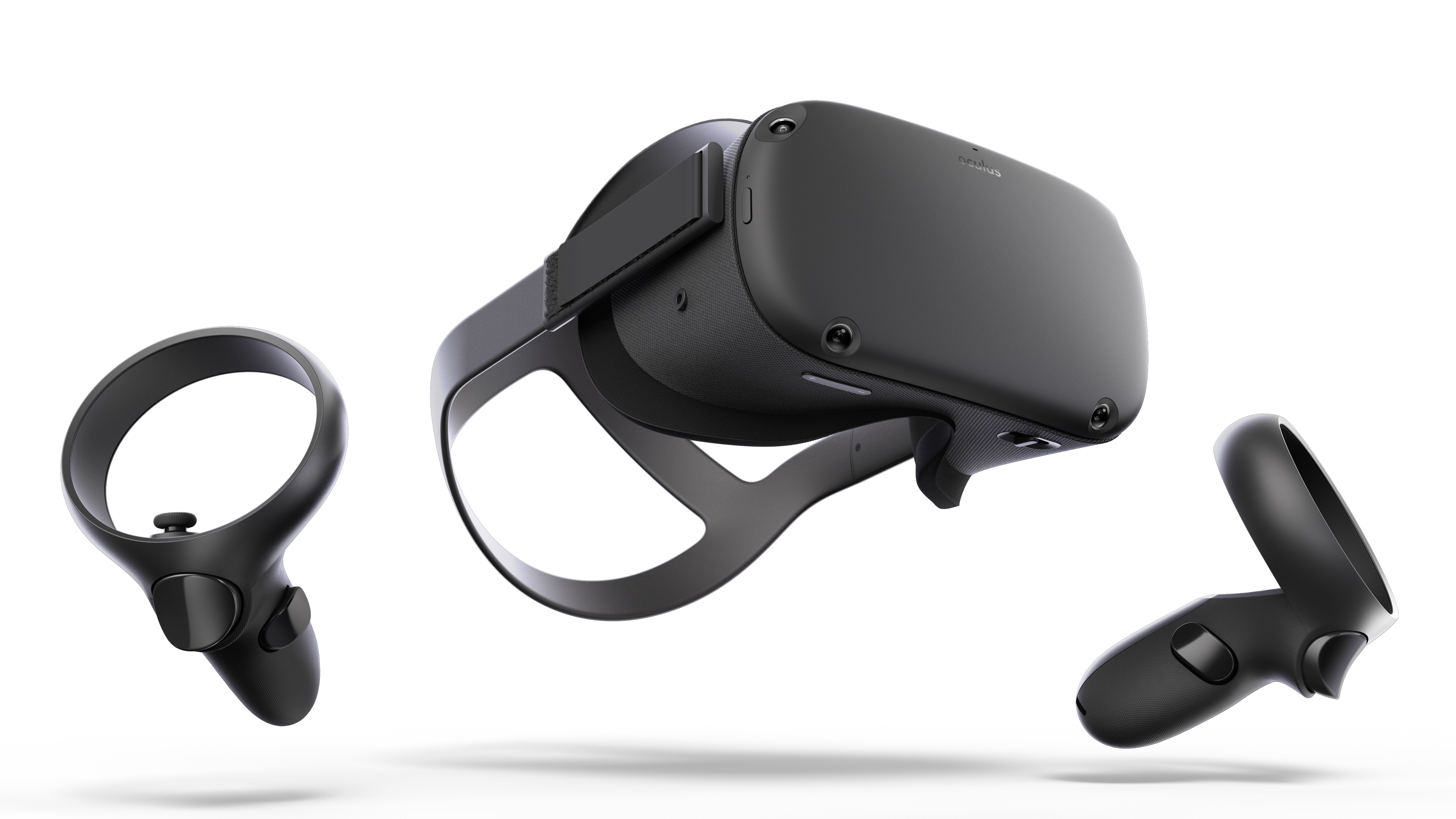 The Oculus Quest has arrived and it’s making its grand entrance. The Quest is a follow-up to the equally successful Oculus Go, but this time, Oculus has developed and improved based on real comments from users. If you didn’t like the Oculus Go because of its limited movement, you’ll be more than happy with the Oculus Quest. It’s wireless, easy to set up and use for first-time VR users.

Facebook’s first all-in-one gaming headset is reinventing what you know about virtual reality. With a Snapdragon processor built into its headset, the Oculus Quest gives you a gaming experience that’s close to the PC level. It comes with two Oculus Touch controllers and offers total room-scale VR without any base station.

The headset uses Oculus Insight, making use of four sensors at the front to track your movements in the real world. Play without worrying about tripping — the Oculus Quest wants you to play freely, which is why it was designed to be wireless. Now, you can enjoy hours of uninterrupted game time pretending to dodge bullets and jump over barricades.

Starting at $399, the Oculus Quest offers 64 GB of storage, complete with two Touch controllers, AA Batteries, power adapter, eyeglass spacer, and charging cable. There’s a 128GB version available at $499 – a pretty large leap in terms of the price difference, but if you’re a heavy user, it is worth the price since you can’t expand the storage.

Most Oculus Quest games are less than 3 GB in size, anyway, so if you don’t plan to be a professional gamer and just want a VR headset for Beat Saber sessions, we think going for the smaller option is fine.

The Quest looks and feels futuristic without taking away comfort. The outside is covered with a mix of fabric and plastic, while inside a foam interior gives the headset a snug and soft fit over your face.

Thankfully, the Quest never feels too heavy. It dons two rubber straps on the side, with one over the head, and they all fasten with velcro, ensuring that the headset is always comfortably secured. You might feel a slight pressure on the cheeks if you use it to binge TV shows while chilling on the sofa, but for standing gaming sessions, it’s as light as any existing VR headset.

One thing to note is the tiny gap around the nose which allows light to leak into your goggles, reminding you that there’s a real-world outside. But hey, it’s a great reminder that you aren’t in some Black Mirror reality. It’s not noticeable at all and shouldn’t affect your gameplay.

Controls built into the headset are your basic functions, with just the power button and volume rocker. The Oculus Quest can intelligently recognize when you’re putting the headset on, so there’s no need for the power button since it automatically turns on and off accordingly.

The rest of the features are unchanged since the Oculus Go, but what’s new is the plastic tracking loop. Instead of going around the back, it loops in front of the controller. Each thumb has an analog stick, trigger and grip buttons. The controllers are powered by AA batteries and feature wrist straps (much-needed!), which make you feel like you’re wielding a lightsaber in
Vader Immortal. The controllers now become an extension of your arm.

We know we said this headset is wireless — and it is! But you will have to use wires for just one tiny thing: charging. The wire is extremely long, so you can happily continue playing even when the Oculus Quest is in charge mode.

The headset lasts for two to three hours on a full charge. There’s a display on the screen that alerts you when the Quest needs more juice. The Quest takes around two hours to charge from an empty battery.

Setting up the Oculus Quest is so easy, even first-time users can do it. You simply need to pair the headset with the Oculus smartphone app for the first time. After that, all you need to do is put on the headset, pick up the controllers, and map out your Guardian System.

The Oculus Quest makes users draw their “safe space” on the floor with glowing blue lines using the controller. It’s the boundary that you can physically walk in, so you can be safe from bumping into furniture. If you step outside the safe space, a red mesh wall will appear to warn you. If you ignore the warning, Oculus Quest will stop the game.

Another feature added to the Quest is the built-in positional audio. Sound is pumped directly into your ears without the need for external headphones. Although the Quest has two 3.5mm jacks on each side, there’s no need for them, so you can be fully wire-free.
VR is meant to be immersive, yet the Quest doesn’t completely close you off from the real world. With crisp, headphone-free audio, the Quest surrounds you in booming sound, yet still makes you feel plugged in. If you want an experience that’s similar to Ready Player One, you could always pop in headphones and get lost in the game.

With twin OLED displays, the Quest gives you rich colors than any of its predecessors. Each display has 1440×1600 resolution — a major improvement from the Oculus Rift. Expect smooth visuals with a refresh rate of 72Hz.

Currently, the Quest has over 50 games in the Oculus Store. Some games have been created specifically for this headset, such as popular titles Beat Saber, Superhot and Job Simulator. Games range from $9 to $29 so this is something you should keep in mind when deciding between the 64GB and 128GB models.

It’s no surprise that Oculus has come out with a new headset that changes the way gamers perceive virtual reality. It’s the kind of VR set that’s easy to use, portable, and borderless. High-resolution OLED displays give you a jarring, immersive visual treat, and its Snapdragon processor allows it to be a far more advanced gaming machine. While it’s twice the price of its predecessor, it’s certainly worth it. 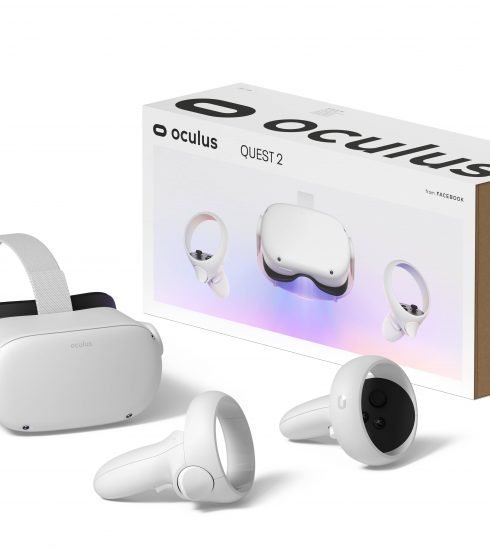