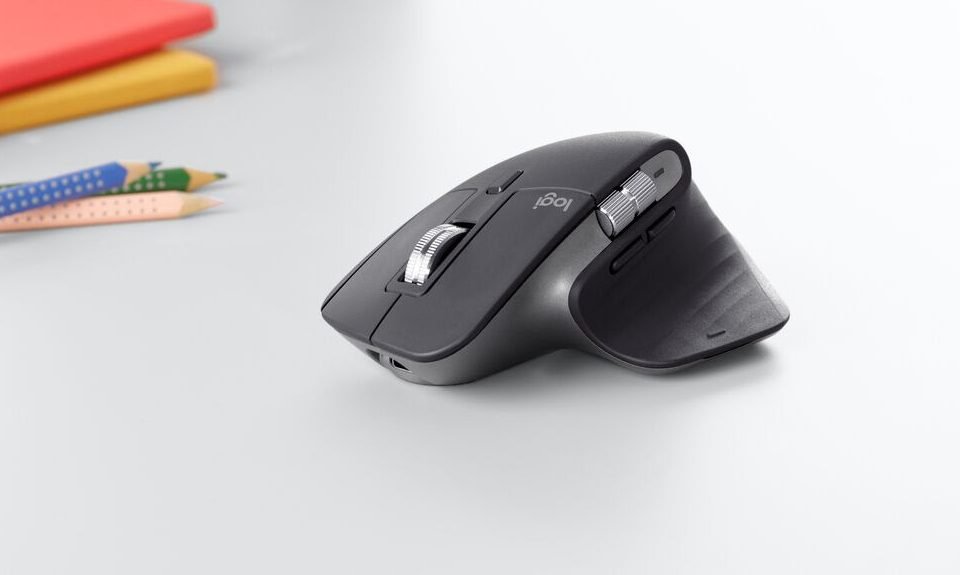 When upgrading their PC, most people rush to buy new video cards, keyboards, and monitors — but one thing that is commonly ignored is the mouse. When it comes to boosting productivity, the mouse is one piece of hardware that you need to invest in.

The Logitech MX Master 3 targets advanced users like software developers, engineers, data analysts, and other professionals. Priced at $99, it’s a mouse that’s worthy of its name. This master mouse features an electromagnetic scroll wheel and customizable settings so that you can tailor it to whichever software you use. Using multiple PCs is not a problem — the MX Master 3 can send info flawlessly across three devices, whether they’re Windows, Mac, or Linux.

If you’re looking for a power mouse, look no further than the Logitech MX Master 3.

The highlight of this mouse is the new electromagnetic scroll wheel, dubbed as “MagSpeed”. The MX Master 3 features magnets at the center of the wheel, which add resistance and improve accuracy. There’s a bit of bounce whenever you’re scrolling, sort of like feedback, but it doesn’t feel unpleasant. It makes it easier to scroll, especially since it makes it easier to go back whenever you over-scroll.

With the magnetized wheel, you can expect improved dynamic scrolling. The scroll wheel automatically changes its resistance depending on how fast you scroll. In “Ratchet” mode, scrolling slowly makes you feel its bouncy “tick” as you scroll line by line. But in “Freespin” mode, scrolling fast lets you get to the end of the page almost instantly. It’s like a spinner that’s passing a thousand lines per second.

You can switch between Ratchet and Freespin by clicking the button below the scroll wheel or by enabling SmartShift, which adjusts the mode by itself, depending on how you move the wheel. SmartShift is especially useful when scrolling through hundred-pages-long documents. Simply scroll down the wheel and then place your finger back on it when you see the section you want to read.

The Logitech MX Master 3 shows off a new layout and remodeled thumb rest to give you the most comfort. The wheel, forward, and back buttons are stacked above the thumb rest. By the thumb rest, you can find four other buttons, including a gesture button that can be programmed to perform certain gesture commands. There’s also a thumb wheel for horizontal scroll and backward and forward buttons.

At only 2 x 3.3 x 4.9 inches, the MX Master 3 is a chunky mouse, yet is still comfortable even after hours of use. The entire mouse is textured, with the left and right-click buttons slightly smoother. It’s a definite upgrade from the typical flat, plastic mouse almost everyone is using. It’s lightweight at 0.3 pounds, which we know is heavy for a mouse.

Underneath the MX Master 3 are the power switch and a button to control which PC you want your mouse to control. If you enable the Flow feature, you can control as many as three PCs without pressing the button to move from one PC to another. There’s also a USB-C port for charging the mouse and attaching its cable.

The mouse uses a USB Type-A receiver and connects via 2.4 GHz at up to 10 meters. You can also connect it using Bluetooth Low Energy if you’re using a device that doesn’t have a USB port. 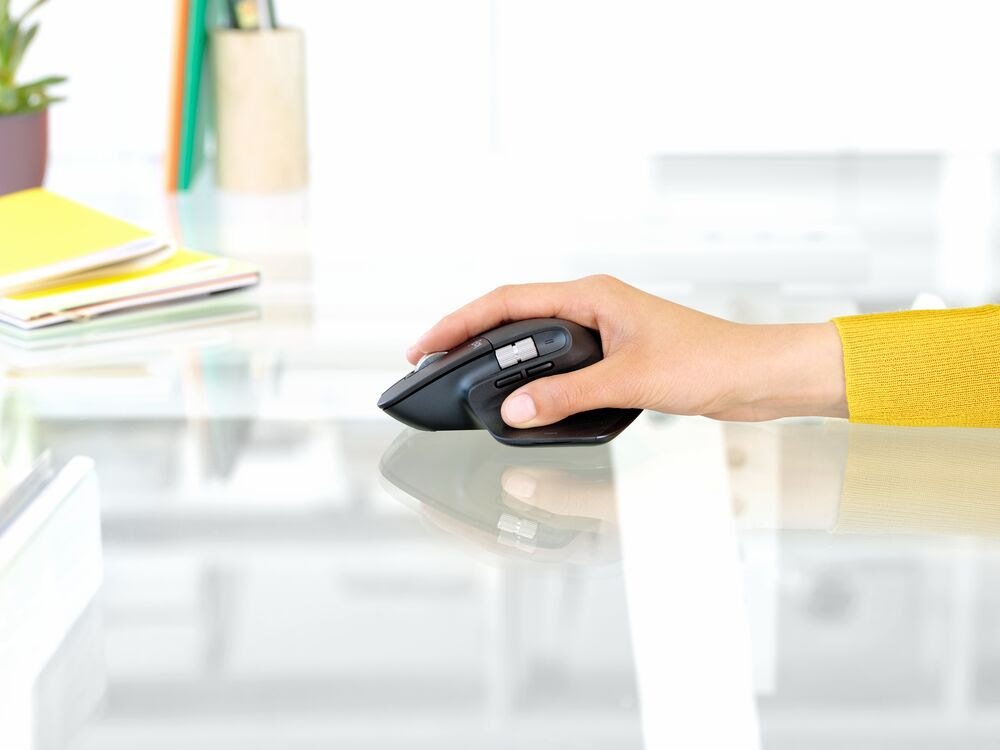 The MX Master 3 has Logitech’s Darkfield laser sensors with a max CPI (counts per inch) of 4000. It’s high for a productivity mouse but low if you intend to use the MX Master 3 as a gaming mouse. The mouse can keep up with fast movements, from switching between spreadsheets to playing around with crazy-quick movements.

It can work on any surface. We tried using it on different surfaces like glass, wood, marble, and even on the bed. The mouse worked perfectly on all of them.

The Logitech MX Master 3 comes with profiles for Adobe Photoshop, Adobe Premiere Pro, Final Cut Pro, Safari, Microsoft Office, Microsoft Edge, and Google Chrome. The profiles will automatically be applied if you have that software installed on your computer. For instance, on Chrome or Microsoft Edge, the thumbwheel switches between tabs, while on Microsoft Word and PowerPoint, it zooms in and out. If you aren’t comfortable with the settings, you can always disable the preloaded profiles, or customize your own.

Programming the buttons doesn’t require you to be an IT expert. Logitech makes it fairly simple and even suggests actions for certain gestures.

You can plug the Logitech MX Master 3 and use it immediately, but if you intend to use it with multiple PCs, you’ll need to install the free Logitech Options software. With it, you can change button functions according to specific apps, or just keep it simple by creating one general preset. You can fine-tune it however you like and as many times as you want.

The “Flow” feature lets you jump across PCs without manually hitting the button on the mouse. Once it’s activated, you can adjust what edge makes the mouse switch PCs. With Flow activated, your mouse can control the next PC by simply moving the cursor to the desired edge, or by pressing down on the Ctrl button while moving the cursor to the edge. Your devices will be color-coded, and the active one (aka the one your mouse is currently controlling) will get a teal mark to avoid confusion.

According to Logitech, the MX Master 3 can last up to 70 days on a full charge, and up to 3 hours on a one-minute charge. There’s a tiny light next to the thumbwheel that will turn red to warn you when you’re running out of juice.
We haven’t used the mouse for a full 70 days, but we did use it heavily for an entire week (7 days) and its battery was still full.

Logitech managed to give us complete control with the MX Master 3. Using an electromagnetic wheel, it’s one of the most hyper-fast computer accessories out there. Enhanced ease-of-use and customization make this $99-dollar mouse a premium find.

You’re paying for the ability to customize your mouse completely and to control multiple PCs at once. If you don’t need those functions, you’re better off with something cheaper, or if you’re a gamer, you might need a faster gaming mouse. For professionals who have to toggle between applications and documents, the Logitech MX Master 3 is ready to become your favorite productivity mouse. 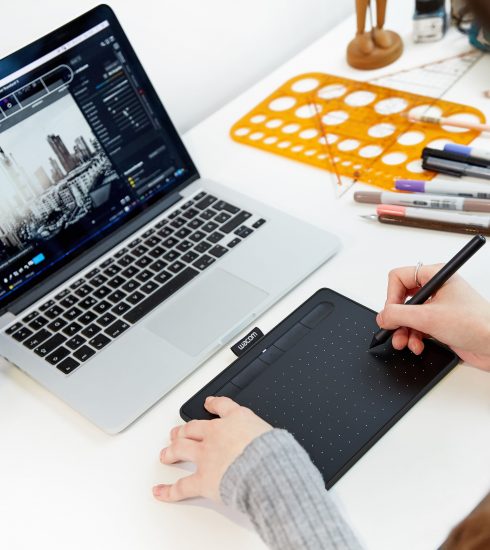 The Best AirPower Alternatives You Can Buy Right Now 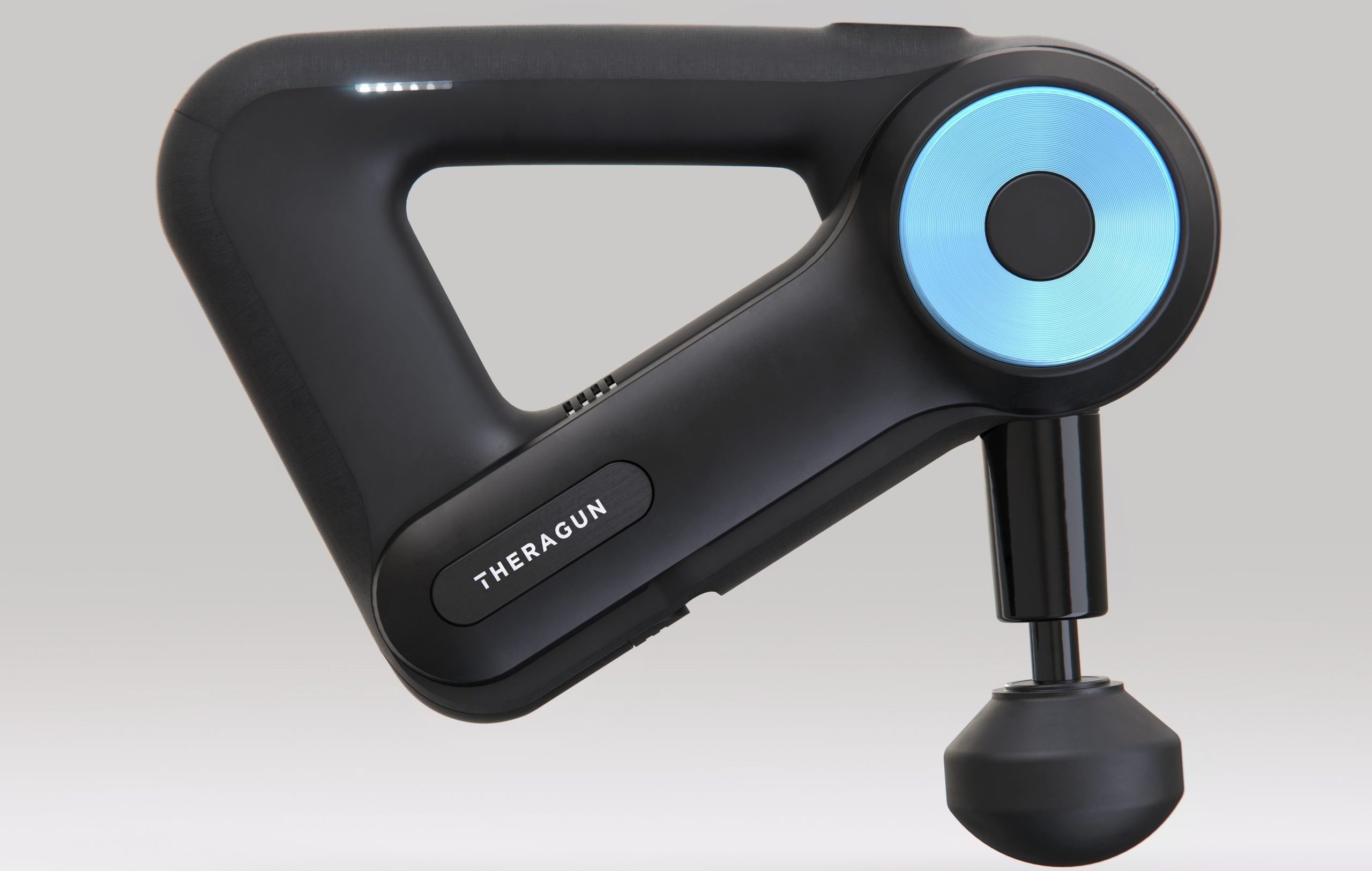