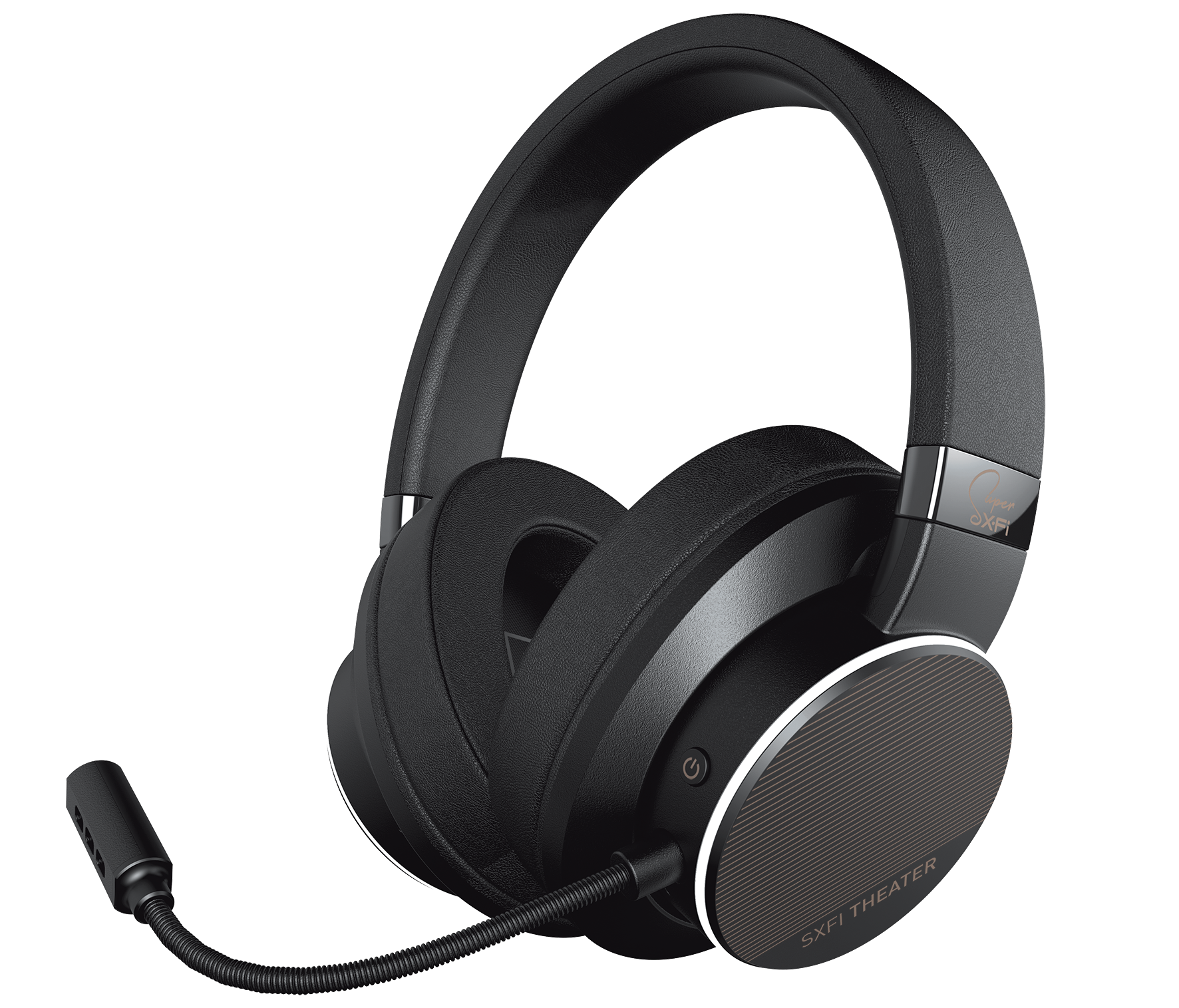 Now, before you go, “Bluetooth headphones have delay!” because of the latency issues that average wireless headphones have, Creative has actually solved that issue with their Creative SXFI Theater. You can still be immersed in your movies or video games with full, booming surround sound that captures you from all angles.

The Creative SXFI Theater was released late in 2019 and is currently priced at $199.99. We know it’s on the more expensive side for a pair of headphones, but none of the other wireless headphones on the market use Creative’s SXFI technology. Its full surround sound system makes you forget it’s just a pair of headphones. It makes you feel like you’re actually in the movie theater.

The SXFI Theater is made of plastic, with the headband covered in soft protein leather. There’s some padding on the inside along with some adjustment mechanisms made of metal. One touch we liked were the numbers and lines on the adjustment, which made it easy to find the most comfortable position each time. The ear caps are also covered with plush protein leather, so wearing them is always comfy. While the SXFI Theater is a bit heavy (339 grams), we actually wore them for long hours without any discomfort – All of the buttons have a nice, solid click. The Super Xi-Fi button has a unique texture that makes it stand out. The volume dial has some resistance when you turn it. Every adjustment you make on the Creative SXFI Theater is smooth and quiet.

Design
All of the controls and ports are conveniently located on the left ear cup. You’ll find the USB-C charging port, mute button, Super X-FI button, and volume dial. The power button sits in the front, which you have to hold for about two seconds until you hear a beep. We made the mistake of holding it for too little and nothing happened. You really do have to wait until it beeps before letting go.

Underneath the left ear cup, you’ll find a 3.5mm jack with a rubber plug to enable wired connections with devices. You could also swap it out for your gaming mic. Do note that if you choose to go wired, you won’t get to use the Super X-Fi effect.

The SXFI Theater flaunts having better audio quality and transmission all thanks to the TX wireless transmitter. It’s a USB dongle with built-in UltraDSP that connects via USB to anything that plays audio. The reason why the SXFI Theater has no lag is because the headphones and the transmitter are already paired out of the box using a low-latency 2.4GHz signal.

Setup
Unlike most wireless headphones that takes ages to set up, there wasn’t much to setting the SXFI Theater up. We tried it with our laptop by plugging in the transmitter via USB, and then turning on the headphones. They immediately paired, and we had audio routing through the SXFI Theater in no time.

If you’ve used other Super X-Fi products before, you can apply existing profiles to your SXFI Theater. If you haven’t done that, you can always create one using the SXFI app on Anroid and iOS. Follow the instructions by taking photos of your face and ears. It cleverly interprets how your hear sound, giving you a fully customized profile.

While this was a unique feature and while it made us say, “We’re living in the future!” it isn’t a feature that we think is absolutely necessary. Directly using the SXFI Theater works perfectly fine without the personalized listening experience.

Performance
The SXFI Theater is a solid, surround-sound set of headphones. They aren’t supported by the “typical” surround sound standards from third-parties like Dolby Atmos or DTS, but they do a fantastic job of simulating what 7.1 surround-sound would be like.

Movies and TV shows sounded great through the Theater. There was more texture and depth in the audio. For example, we watched Avengers: Endgame, and we could feel SXFI come into effect with all of the various sounds coming from every direction. Even with shows with less distinguishable audio like The Big Bang Theory, the series sounded different with Super X-Fi.

Next, we plugged the dongle into our laptop and played a few music videos on YouTube. There was no lag or delay at all. We watched closely if the audio was in sync with the lip movements, and it was spot on all throughout. When we watched Beyonce’s Formation World Tour, it felt like we were actually in concert with her.

They key to this is the low latency. We actually think this is the primary reason why you should get the Creative SXFI Theater. Using a 2.4GHz connection means that the headphones can receive signal from the connected audio source much faster. The result? No delays or lag — and you definitely don’t want that when you’re watching a movie or playing video games with friends.
When we tested distance, we found that the farthest you can step back is 30 feet. We played different titles on the PlayStation 4, ranging from action-packed games like Call of Duty: Modern Warfare to relaxing games like ABZU. All we can say is that the SXFI Theater is going to be our go-to gaming headset for a long time.

The downside, however, is the included microphone. It doesn’t give you crisp audio quality, but it’s passable. If you like doing voiceovers or if you just want to sound clear online, you might want to swap it for something else.

Lastly, the SXFI Theater is said to have 30 hours of battery life per charge. We tested this out and hit the 25-hour mark with a constant volume of 60%. We think it would’ve lasted even much shorter if we had upped the volume and turned Super X-Fi on. Still, it’s a pretty impressive battery life.

Verdict
Paying almost $200 for a pair of headphones is a lot to ask for from customers, but after using them, we would actually be fine with that price, considering the audio quality you can get from the Creative SXFI Theater. Its definite stand-out feature was the Super X-Fi, and while it can only be appreciated when watching action-packed movies and playing video games, the SXFI Theater is a must-have for that elevated listening experience.

These aren’t just wireless headphones. These are immersive devices. Their value isn’t based on them being wireless, but on them offering crisp, booming audio no matter what you’re listening to. But, if all you want is to be rid of those annoying wires, you’d be happy with just a pair of AirPods. 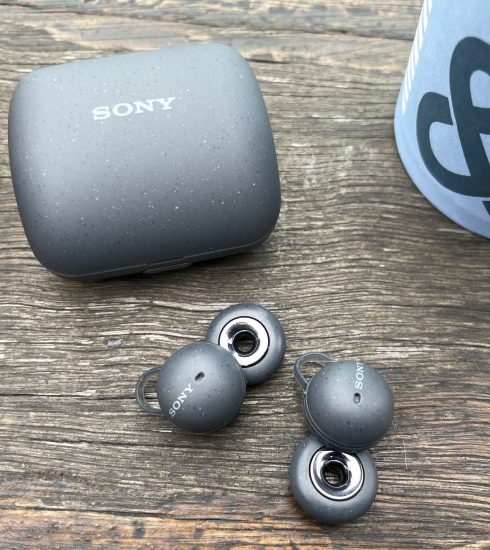 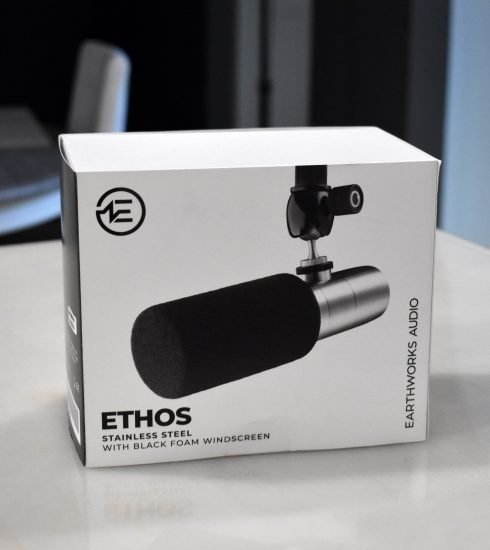 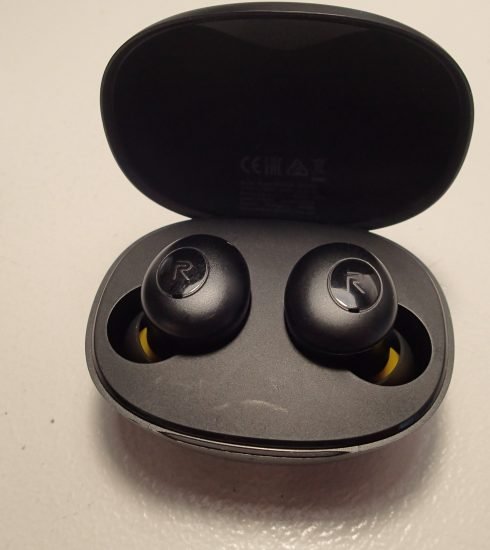