We’re done with waiting for Wi-Fi 6 (802.11ax) connectivity because it is finally here. It might take some time before we finally leave the Wi-Fi 5 in favor of the new crowd favorite, one that is faster and can seamlessly connect to multiple wireless devices at once. Nevertheless, those who want to live on the fast lane will have plenty of choices when it comes to Wi-Fi 6 enabled routers. One of those is the ASUS ROG Rapture GT-AX11000.

The GT-AX11000 is one of the first ASUS routers that supports 802.11ax, also known as Wi-Fi 6. As you might have guessed, being a ROG router, it is geared toward gamers. The GT-AX11000 has eight antennas and 4x gigabit ethernet ports, including a single 2.4GHz band with a throughput of 1148 Mbps, and two 5GHz bands with a theoretical top end of 4804MBps. Do the math, and you have a combined throughput of 10765 Mbps.

The ASUS ROG Rapture GT-AX11000 sets the pace and is leading the race among other routers. It shows off ASUS’s Republic of Gaming (ROG) logo in bright LED lights, making it a router you shouldn’t tuck away. At 9.4 x 9.4 x 2.8 inches, it’s about the size of ASUS’ Archer C5400X. Its eight screw-on antennas can rotate for better signal aim, and its base features soft rubber pegs to avoid damaging your furniture. While the GT-AX11000 does not include any provision for mounting, it can be placed safely on tables and bookshelves.

The GT-AX11000 is powered by the Broadcom BCM43684 Wi-Fi chip, creating a tri-band network called Wi-Fi 6. It uses the latest wireless technologies such as Orthogonal Frequency-Division Multiple Access (OFDMA) and dynamic frequency selection to get the clearest signal. The Broadcom chip has a quad-core 1.8GHz processor, 1GB RAM, and 256 MB for the firmware. That being said, the GT-AX11000 is a powerfully fast router, having a maximum of 10.8Gbps.

The hyper-fast router is any gamer’s dream come true. Hardcore gamers can expect lag-free and freeze-free gaming with its four gigabit Ethernet ports — one of which is a 2.5G Base T Ethernet connection for those who prefer wired connections.

At the front of the router is a row of LED lights that indicate power, active bands, WAN connection, LAN data movement, and Wireless Protected Setup (WPS), etc. There are switches to power it up, and a recessed button to reset it to its factory settings. You can also find two USB 3.0 connectors if you need to connect your GT-AX11000 to a printer or data drive. 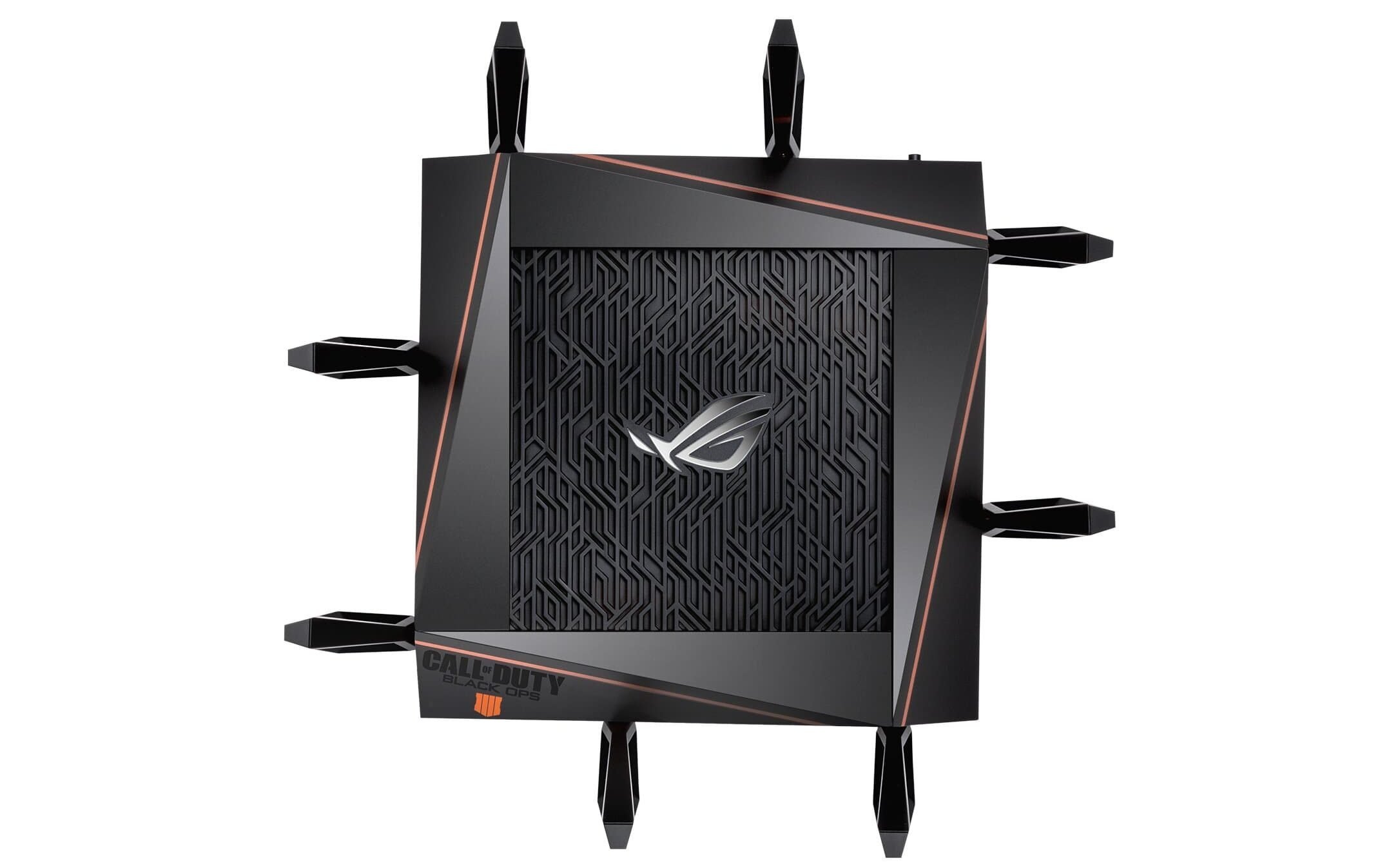 Avid gamers will enjoy GT-AX11000’s optimization. They can register games with the router for increased performance, such as League of Legends and Hearthstone. After registering, gamers can click on “Game Boost”, a feature that allows gamers around the globe to interact on the platform. However, it doesn’t have the geo-filtering feature on the Netgear XR700 that blocks certain geographic areas to prevent lag.

Like most ASUS routers, the GT-AX11000 can set up a mesh network through AiMesh. It takes around two minutes to set up and is compatible with several models of routers. And while the GT-AX11000 is best as a gaming router, it can also work as a home router. It features security and parental controls, and lets you set up adaptive Quality of Service (WOS) to prioritize bandwidth and to set usage limits through its time-scheduling feature.

It doesn’t have a high-end security app, but it can still provide you with security. The GT-AX11000 can block malicious websites and suspicious material. It also requires users to use strong passwords. Parents will find its vast parental controls useful, as it can block certain content and schedule specific times when the Internet is off-limits.

We put it to the test in our 3,500-square-foot office. The GT-AX11000 filled almost the entire house with Wi-Fi but left certain corners of our bathrooms without wireless data. It had a 95-foot range, while in contrast, the Netgear Nighthawk XR500 Pro Gaming Router, had a 115-foot range. We continued to use the GT-AX11000 to watch movies, download software, send emails, and surf the web. It successfully streamed movies on Netflix in HD on our Macbooks and Samsung’s Galaxy S10 and played music on Spotify on our iPhones for the entire day. It never let us down.

The GT-AX11000 felt warm to the touch but was never scalding while it did its “heavy-lifting” when we used it to play the online, multiplayer games with settings at the maximum.

Setting up the GT-AX11000 was as quick as a snap. After plugging it in directly into our modem, the router powered up immediately. The logo glowed a bright red which was a nice touch. If you aren’t a fan of red, the color can be adjusted to your liking. We downloaded the Asus Router app onto our Macbook to change the router’s default network before connecting with the router. The GT-AX11000 can set itself up, but you can do it manually if you prefer.

It took about 5 minutes to set up the GT-AX11000. We set up a password, selected that we wanted to use a single network name for all 3 data bands, etc. It produced a 193 Mbps connection of our total 200 Mbps bandwidth.

The ASUS GT-AX11000 lets you customize its settings through the app, or by connecting directly through a web browser. You’ll find links for Home (where you can find the IP address and see how many devices are connected), Devices (for routers and AiMesh connected devices), Insight (for security alerts), and Family (parental controls). If you’d like to add third-party add-ons, there’s a “More” section where you can set things up like Game Boost.

The router lets you customize the basics and the advanced, from setting the network name to blacklisting devices. It also shows data on traffic and lets you back up its settings just in case.

Devices that support Wi-Fi 6 are still scarce, although they’re beginning to enter the scene, like Samsung’s Galaxy S10. Killer and Intel have also started selling Wi-Fi 6 adapters for PCs and laptops. With that said, the ASUS ROG Rapture GT-AX11000 is not a current must-have. It will be a while until more clients/devices that support Wi-Fi 6 are readily available. Wi-Fi 5 is the current popular choice, and we expect it to be that way for quite some time.

If you intend to use the GT-AX11000 as a home router, you should wait a while. But, if you’re a hardcore gamer, the GT-AX11000 can deliver the fastest Wi-Fi speeds we’ve ever seen. It’s excellent for online gaming, and it comes with a major freebie: bragging rights for owning it. In the long run, the ASUS ROG Rapture GT-AX11000 will be a worthwhile investment.

The ASUS GT-AX11000 Gaming Router is priced at $769 and can be purchased directly from ASUS as well as on Amazon. 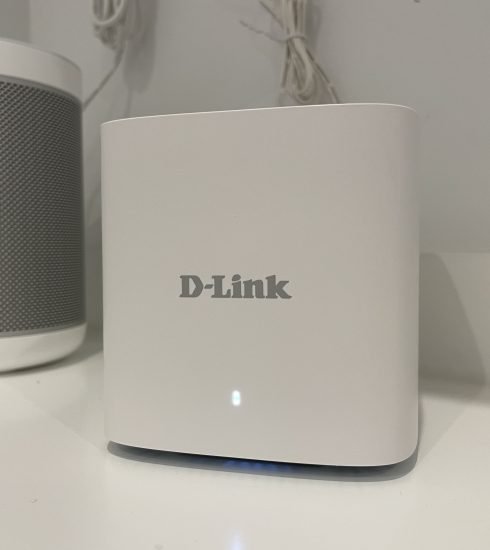 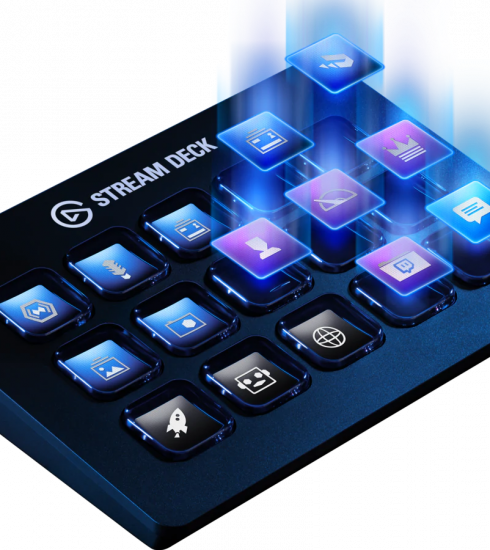 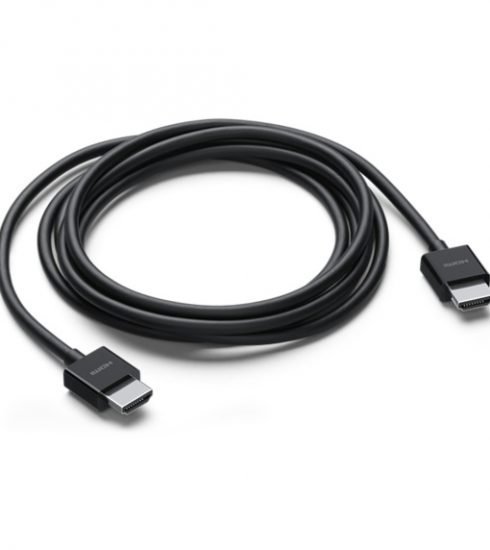