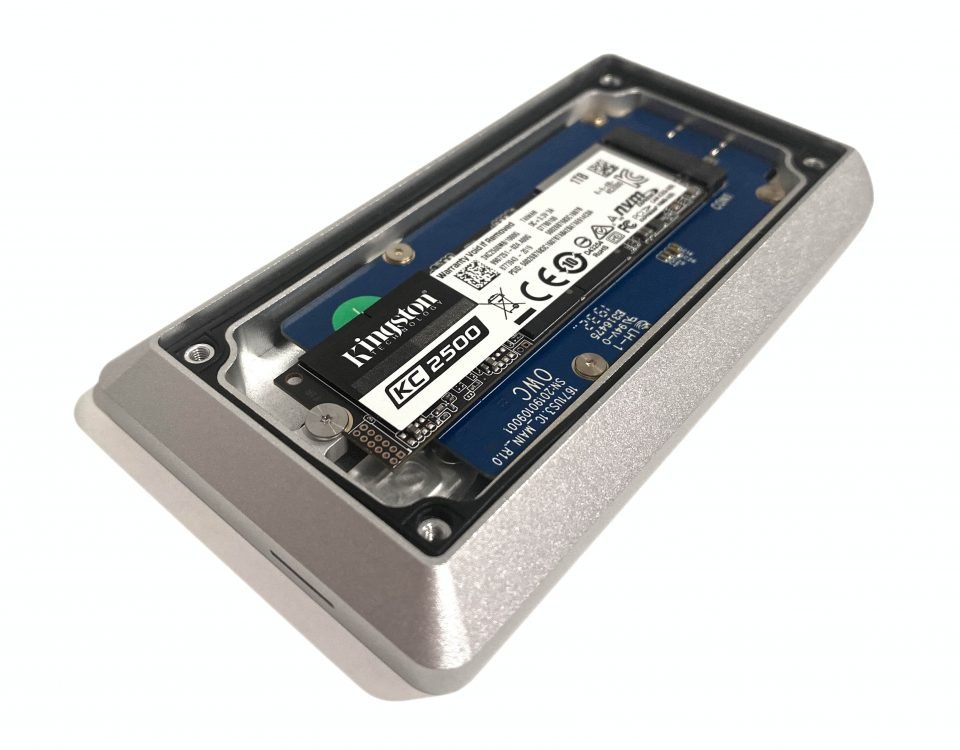 Kingston has upped their game yet again with their latest SSD, the Kingston KC2500 NVMe PCIe SSD 1TB. The KC2500 is a successor of their KC200 NVMe SSD, and it actually uses the same hardware. What’s new is that the KC2500 employs a new firmware and mature NAND.

The KC2500 was built for desktops and high-performance computing (HPC) systems. Its read and write speeds of 3500 MB/s and 2900 MB/s respectively makes it one of the most powerful hard drives from Kingston’s flagship drive series. Its most unique upgrade is the use of 96-layer BiCS4 3D TLC NAND Flash by KIOXIA, which is where its speed comes from.

The KC2500 is available in 250GB, 500GB, and 1TB storage capacities. Users are in for a treat, as it comes with an Acronis True Image HD license that can be used to back up software.

We bought ourselves the Kingston KC2500 NVMe in 1TB so that we could put it to the test. Read on below to see what we thought about it:

Kingston is known for offering PCBs that look nicer than others, but the Kingston KC2500 features a label on top of the SSD that lessens the overall aesthetic. It comes in an M.2 2280 double-sided form factor and a black PCB. Because of its lack of style, the KC2500 isn’t targeted toward gamers who would want visually attractive hardware. It’s marketed toward high-end workstations instead.

The Kingston KC2500 comes with a five-year warranty and is rated at 150TBW for every 250GB. Compared to more expensive drives, this is a bit low, which indicates that the KC2500 is not intended for serves where writes pile up fast.

The KC2500 features a self-encrypting drive (SED) with XTS-AES 256-bit acceleration, which meets IEEE-1667 specs for people working with sensitive data. Users can expect complete data protection through the XTS’s block cipher mode. The drive uses a Silicon Motion SMI 2262EN controller and DRAM cache.
On each side of the PCB are four NAND packages, with a total of 8 NAND packages. While previous drives have used these specifications before, newer yields are more reliable than earlier ones, so users can see a noticeable improvement in uplift speed with the KC2500.
With the KC2500, Kingston has increased the interface speed from 525 MT/s to 650 MT/s. Along with firmware optimizations that boost sequential performance by up to 28%, users can expect improvements in random procedures in daily interactions. We’ll be testing its performance later on.
The KC2500 is available in SSDs of capacities of 250GB to 2TB. Prices are around $0.22 per GB, which is almost twice the cost of most SSDs. It’s even more expensive than Samsung’s 970 EVO Plus. Kingston rates its new SSD to deliver the sequential performance of 3.5/2.9 read/write and 375000/300000 random read/write IOPS, which is a 300/700 MBps read/write improvement for the 1TB capacities. To do this, Kingston has used a dynamic SLC to process inbound requests. However, the write speed will degrade in time once it fills.

Kingston makes cloning over existing data to your new KC2500 easy. Your SSD comes with a license for Acronis True Image HD, which you can use to transfer files seamlessly, but it also works as a reliable system image backup. Kingston also provides the SSD Manager that allows you to manage drive health, update firmware, change IEEE1667 security features, and erase data, among others. Do note that the SSD can only perform the above-mentioned tasks on Intel-based systems as of now.

Putting it to the Test

We put the Kingston KC2500 1TB to the test by playing Final Fantasy XIV on the SSD. It’s a pretty demanding game, so we thought it would be the best game to put this advanced drive to the test. We compared its loading time with two other SSDs, Adata’s XPG SX8200 Pro and the Gen4 FireCuda 520. While the Adata came faster by a fraction of a second, the Kingston KC2500 is still one of the fastest SSDs for gaming.
Next, we tested transfer rates using DiskBench, a storage benchmarking software that can be used to test file transfer with custom sizes of data. We had 50GB worth of 31,000 various types of data including pictures, documents, and PDFs. We also had 100GB worth of 22,000 files of full-length, HD movies. When copying large files on to the Kingston KC2500, it outperformed its predecessor, the Kingston KC2000. However, its write speed wasn’t able to keep up with the speed of its competitors like the FireCuda 520, Black SN750, and SX8200 Pro.

Using the Quarch HD Programmable Power Module, we were able to look into the KC2500’s power characteristics. In buying an SSD, one should consider power consumption especially if you’re using it on a laptop. Some SSDs can consume large amounts of watts even when idle. We considered the average workload power consumption and max consumption, as well as the performance-per-watt. We wanted to see if the KC2500 would consume more power when given a task, as well as how long it took the drive to accomplish the task. An ideal SSD can accomplish a task at a faster rate so that it can drop back into idle state faster, saving power.

Power consumption was well-managed. We tested the drive on our desktop, and compared to the Adata XPG SX8200 Pro and the Kingston KC2000, the KC2500 is more power-efficient. When idle, it consumes only 10mW. Heavy reading and writing with the Kingston KC2500 did not trigger thermal throttling within a 25 degree Celsius environment. The hottest it ever got was 70 degrees Celsius. Take note that the results could be different in warmer environments. We still suggest using the KC2500 in a well-ventilated indoor room.

The KC2500 is one of the best gaming SSD that you can purchase. Though it doesn’t have the aesthetic appeal that most gamers would look for in a drive, Kingston’s new SSD still delivers high-quality performance and faster gaming for hardcore gamers.

Our tests have proven that there are more premium drives in the market, which deliver faster performance in terms of read/write. But ultimately, the KC2500 is still a very favourable choice. It’s perfect for users who want that mix of a cost-effective NVME SSD and superb performance.

The Kingston KC2500 NVMe PCIe SSD 1TB is priced at $300 and can be purchased directly from Kingston as well as on Amazon. 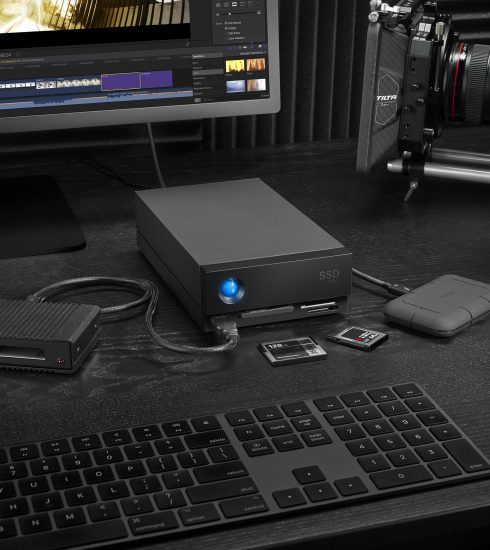 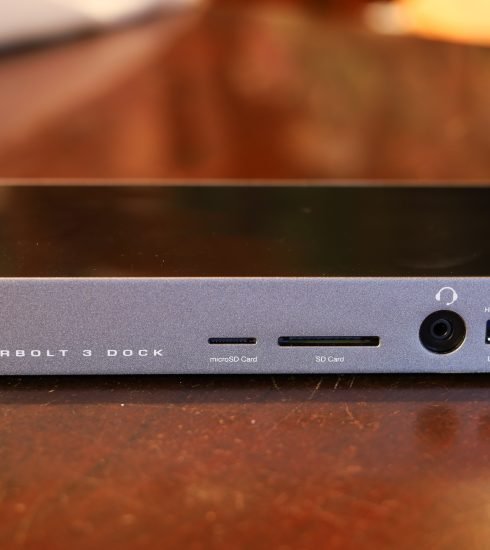 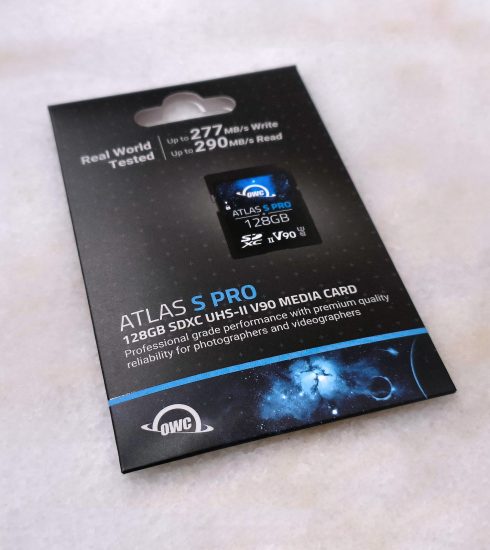