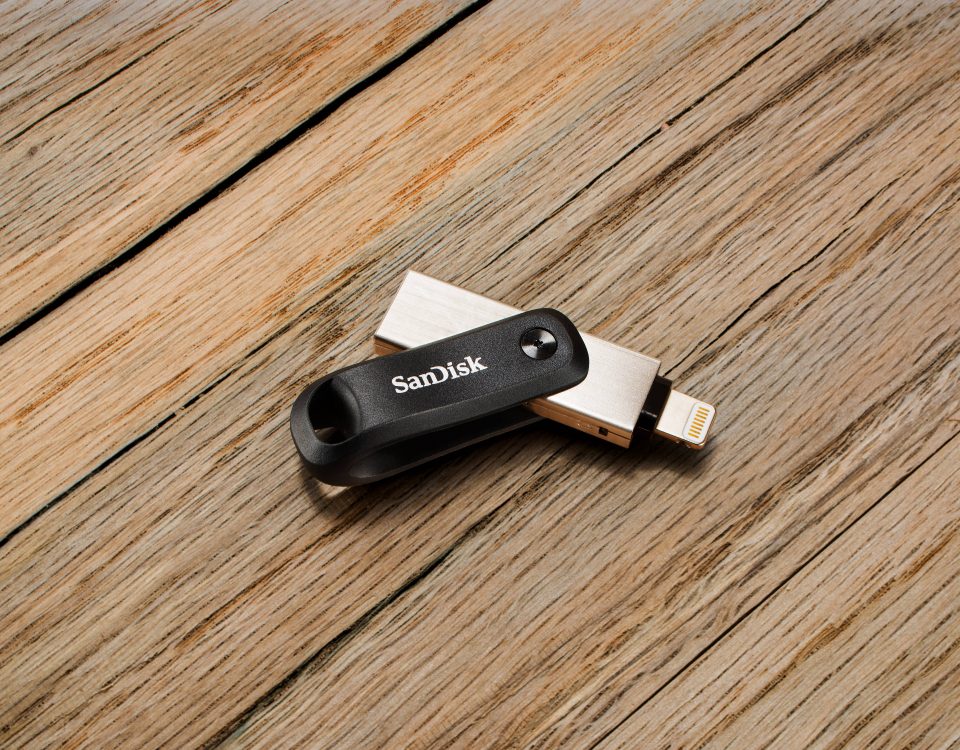 Does your iPhone need more space? Of course, it does.

If there’s one thing all iPhone users can agree on, it’s that space is valuable, but most of the time, none of us are willing to delete photos and apps to free up memory. The best solution? The iXpand Flash Drive Go from SanDisk.

The iXpand Flash Drive Go is a convenient way to free up storage while on the go. By simply plugging it in, you can back up photos, videos, contacts, and more. Once your files have been safely transferred to the flash drive, you can use its high-speed USB 3.0 connector to move the files onto your computer.

The next time you’re away from home and on-the-go, don’t forget the iXpand Flash Drive Go. It’s a very simple tool that can make life a thousand times easier. Want to know more? Keep reading for our full review.

The iXpand Flash Drive Go comes by itself in typical packaging, with brief instructions at the back. The drive itself feels compact, although the folded Lightning connector does make it a bit bulkier than your typical USB stick. You can’t slide it into your pocket without visible bumps showing up. The drive is lightweight at 5 grams and measures 13mm x 17mm x 59mm.

The downside to its sleek look is that it doesn’t have a protective cap. We would have wanted to see a cap to protect the USB stick from dents. We understand that its lack of cap was meant to give it a slimmer feel, which is useful for laptops and computers with minimal space for USBs.
The Lightning connector folds at the back using sprung silicone. When not in use, the connector rests on the body of the USB stick for protection.

Opening the drive to access the Lightning port is a challenge if you want to do it one-handed. The Lightning port springs just like a carabiner. Once inserted, the USB portion of the drive is neatly tucked away behind the iPhone. It works fine with and without an iPhone case. Do note that the metal portion could easily scratch the back of your iPhone or iPad if you aren’t careful. 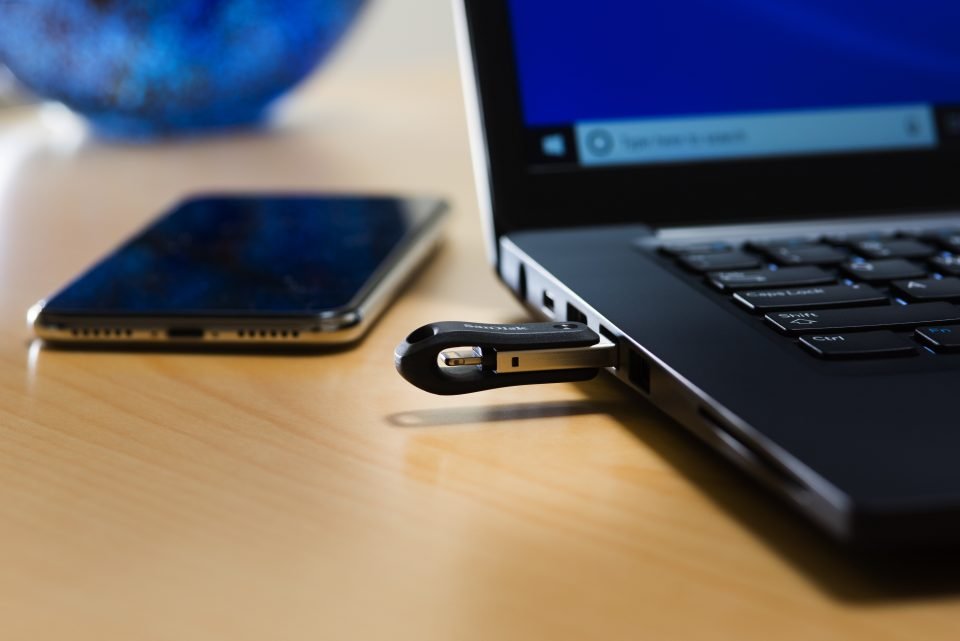 The iXpand Flash Drive Go is not compatible with older models that are equipped with 30 pin data/charging connectors or USB Type-C Connectors.

The iXpand Drive App supports photos, videos, contacts, social media backup, calendar, and music. It’s what you use to facilitate the transfer of non-media files between the iOS device and the drive.

Files on your iXpand Drive App will stay on the app unless you click the Share option. This duplicates your files from different apps, storing them in the drive. If you want to play the music that you stored on the drive, you’ll have to access it using the iXpand Drive App. This is no issue since the iXpand app can handle different file formats, from .pdf to .mp3.

One great feature is the ability to take photos and videos directly from the iXpand app. Media taken from the app are automatically stored on the drive. If you take a lot of photos, you’ll find this feature extremely handy, as you won’t have to keep transferring large files every time your storage fills up.

The iXpand supports Apple Touch ID for security. If your device has a fingerprint reader, you can use your fingerprint instead of a passcode. While you can’t encrypt the entire drive, you can select specific files and folders that you want to be locked. To access the files on other devices, you will have to set up a 6-digit passcode. 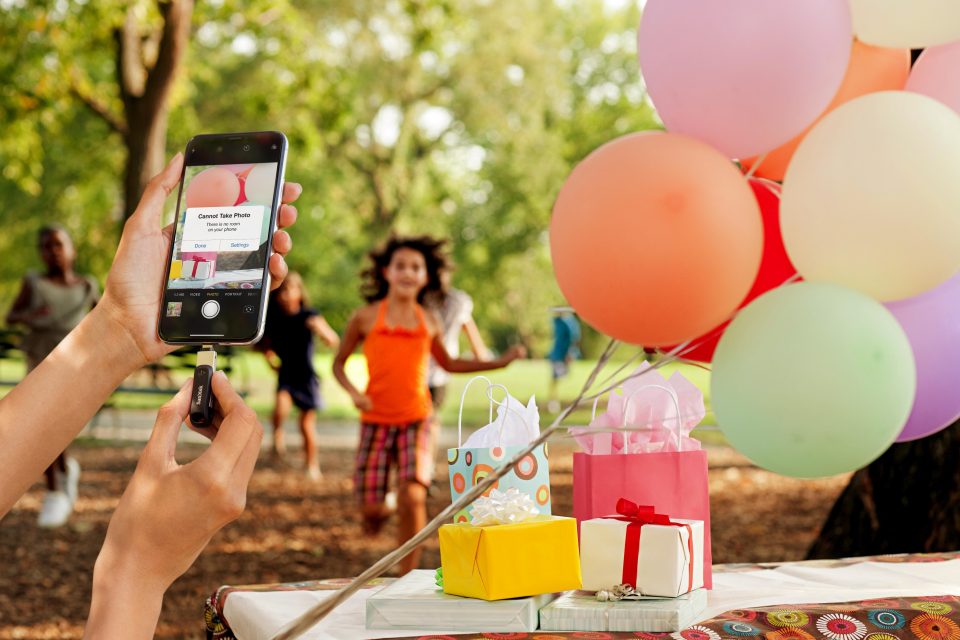 Our thoughts on the iXpand Drive App

There are several ways to transfer files between your iPhone/iPad and your PC, but the iXpand is the fastest and most convenient way to do it.

Overall, the iXpand Drive App is useful. It’s just like any other app that you would use to facilitate file transfer between devices. However, we did notice that the app was often unresponsive, even if we were using it with an iPhone 11 with lots of internal storage to spare. Loading photos can take a while which, when done frequently, can just increase your annoyance.

We tested the 64GB version of the iXpand Flash Drive. The drive boasts to have USB 3.0 transfer speeds, which in itself is already impressive. We tested its speed using CrystalDiskMark and got 75.25 MB/s sequential read and 53.40 MB/s sequential write. These figures are significantly better than the USB 2.0 speeds of past SanDisk flash drives. Copying several full-length movies for long trips will be a breeze — you can even do it ten minutes before rushing to the airport because it’s just that fast! 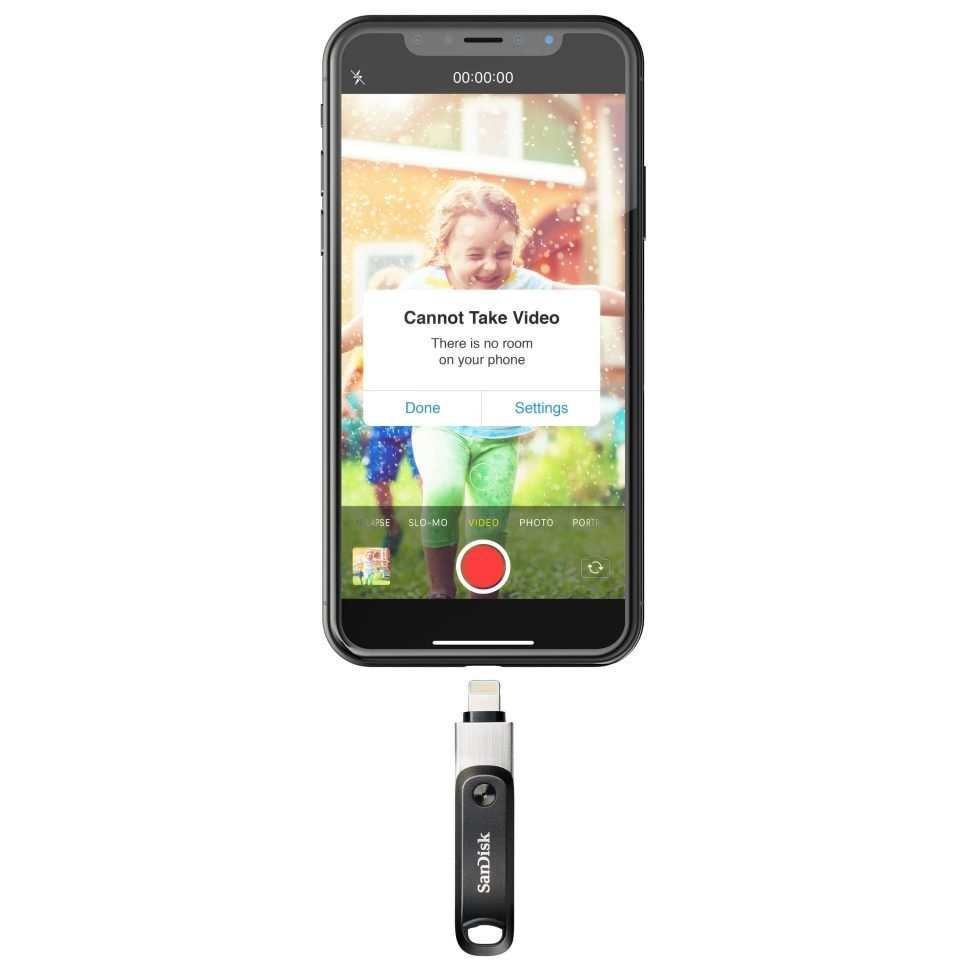 For those with storage needs, the SanDisk iXpand Flash Drive Go is a worthy companion. It addresses the age-old issues of not having enough storage on iOS devices. Apple has been known to not be so generous with its storage, so if you have to go with a cheaper and low-capacity iPhone or iPad, this accessory can be extremely beneficial to you.

Whether you want to store dozens of movies to keep you entertained during your layover, or if you want something that can quickly backup precious vacation photos, the iXpand Flash Drive Go is a necessary addition to your daily essentials. 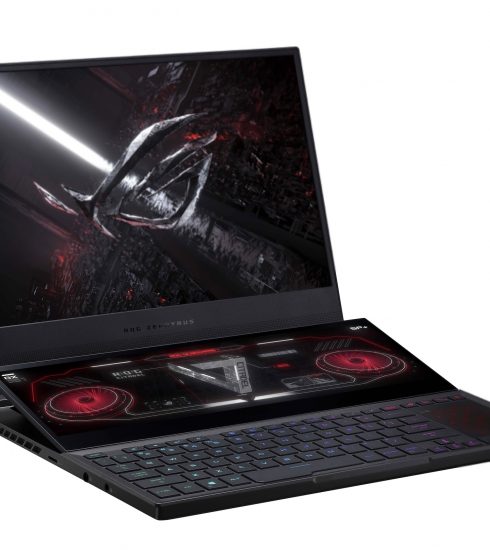 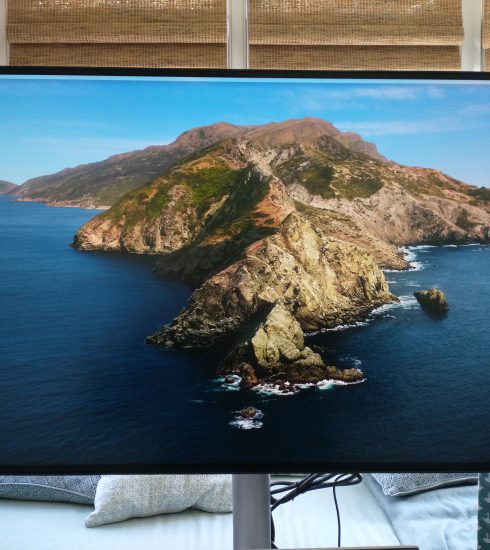 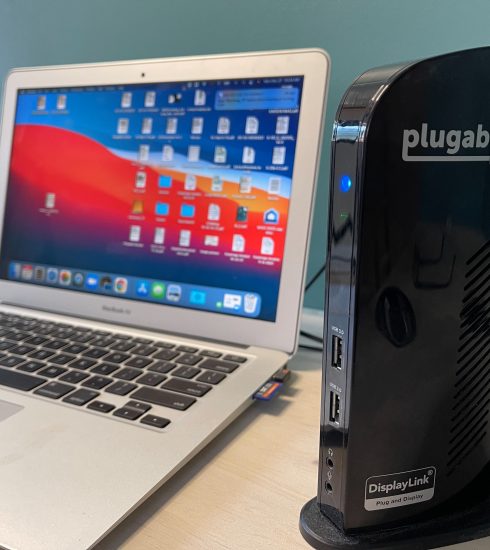