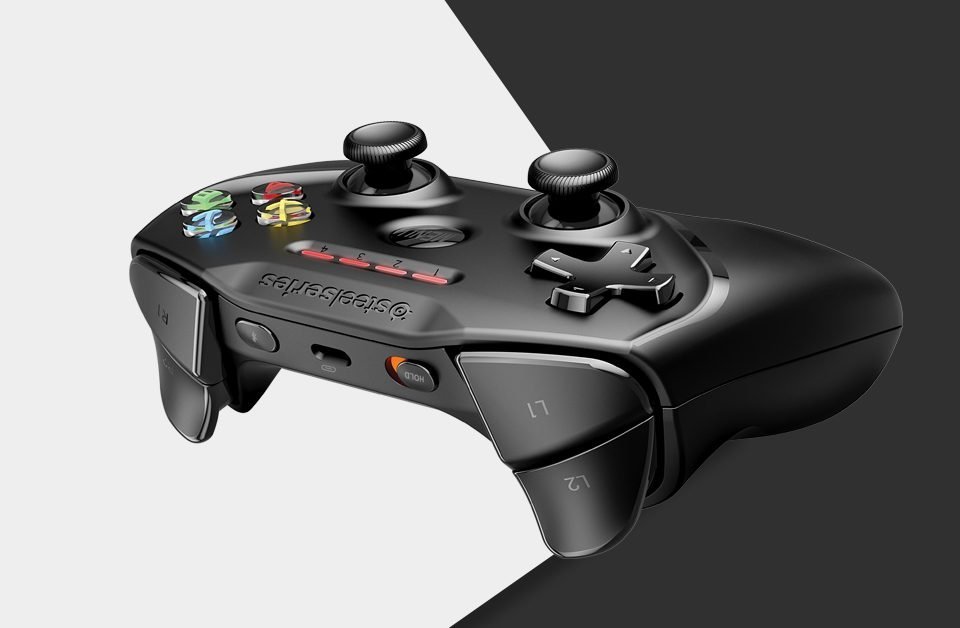 Gaming controls have come a long way since the iconic Atari 2600 joystick. Along with the advent of mobile phones, tablets, and even Smart TVs, gaming has now extended its boundaries beyond consoles designed strictly for gaming. Still, the smooth non-haptic glass screens of today’s technologies are no match compared to tactile, hands-on, dedicated controllers. So, what is a competitive mobile gamer to do? Is there any gear out there that can take gaming to the next level for people who want to play on their mobile phones and other non-console devices?

The SteelSeries Nimbus+ aims to be your go-to game controller for this digital arena, when it comes to Apple devices. It is designed specifically to work with iOS, iPadOS, tvOS, and MacOS. (For Windows and Android users, SteelSeries makes the Stratus Duo to work with your platform.)

How well does it do? Will it improve your gaming? Is it worth the money? Let’s find out.

The Nimbus+ wireless gaming controller is the updated and improved version of the Apple-dedicated Nimbus. Out of the box, you’ll receive the black Nimbus+ controller, which looks very much like a traditional X-Box or Playstation controller. (More on this in the Ergonomics section below.) Additionally, there is a small Quick Start guide and a well-designed, spring-loaded, adjustable-size phone holder designed to slide right into two holding ports in the controller. There is no charging cord that comes with this device, but, as this is designed for Apple products, the user is likely to have at least one charging cord as the Nimbus+ has a Lightning charging port. While it would have been nice to have a new charger included, it’s not a deal breaker and likely helped prevent the price from being higher.

The controller feels solid with a little weight, but not uncomfortably heavy. In handling this, one will notice the upgraded Hall effect magnetic triggers that feel quite responsive and surprisingly quiet. Other notable features of the Nimbus+ is the redesigned D-Pad as well as the fact that the two thumb joysticks are now clickable and have a satisfying clicking sound when pressed. The 8-way directional pad (D-Pad) is no longer disk-shaped, but cross-shaped, allowing for diagonal movements as well.

Buttons dedicated for the Options, Home, and Menu functionalities sit conveniently in the center top of the joystick. These buttons enable you to access the menu options of your Apple TV directly from your controller, rather than having to reach for the remote.

On the top of the controller are 4 dual-purpose LED lights, to let you know which player the controller is assigned to, if you have multiple controllers paired to your device. When pressing in the Battery Status button on the back, the lights also show the battery life (one light is 25%; all four lights mean completely charged). On the back is also where you will find the lightning charging port as well as the Link button that allows you to pair the controller with your Apple device.

Overall first impressions, the Nimbus+ is a great choice. There appears to be no compromise to the design. This is a full-on gaming controller that will enable you to master any mobile game without mashing the glass with your greasy thumbs.

The Nimbus+ claims a very impressive 50-hour battery life. That’s over two solid days on one full charge. If this isn’t enough juice for you, perhaps your mom was right about you playing a little too much.

In terms of appearance, the Nimbus+ looks like what you would get if the Xbox and PS4 controllers had a baby. The body itself is very similar to the Xbox controller. However, the joystick and d-pad placement is strikingly similar to the PS4. SteelSeries has combined the best of both designs to create this streamlined controller. The slightly smaller size will be welcome in younger gamers’ hands. Unless you are King Kong, this controller should “feel right” in your hands.

As mentioned in the First Impressions section, the controller has a nice solid weight and balanced feel to it. There is a slight texture that nicely enhances the grip. It doesn’t feel plasticky or cheap. Between the long battery life and the quality design, this is definitely a controller that can be used for those long bouts no matter which game you choose.

When the spring-loaded phone holder is attached, obviously it’s going to be back-heavy when there’s a phone in the holder, especially with one of the larger iPhones. But when you’re playing, it feels well-balanced, as the center of gravity now rests just over the controller itself. The weight of the phone attached is not as fatiguing as one might have been concerned about. The phone holder holds the phone securely; you don’t have to worry about it jiggling around or falling out during play.

All the buttons, the d-pad, the joysticks, and the Hall effect magnetic triggers all work remarkably well. The tension is just right where it needs to be, movements are fluid and consistent, and there is solid clicking feedback throughout. There are almost no dead zones in the centers of these joysticks. There also seems to be no lag between the controller and the device, so your play is as responsive as you need it to be. The action of this controller is among the best out there, giving gaming console controllers a run for their money.

If you like to game on your Apple device, this is, without a doubt, a must-have and necessary addition to your gaming gear. You will wonder how you lived without it. For those of you who currently pair your Xbox controller with your iOS 13+ device, even you may want to give these a go. In addition to the well thought improvements in design over the original Nimbus, you should remember that this device was created specifically for Apple devices. At a retail price of $69.99, the price might, at first, seem a little high. However, you are paying for quality and for an Apple-specific controller, not a hack or something generic. The Nimbus+ can certainly hold its own against any other controller out on the market today and, in fact, may very be the best currently out there. Overall, the SteelSeries Nimbus+ is a perfect 10 out of 10. Don’t think twice… go to https://steelseries.com, get yourself a Nimbus+, and get gaming… You will NOT be disappointed! 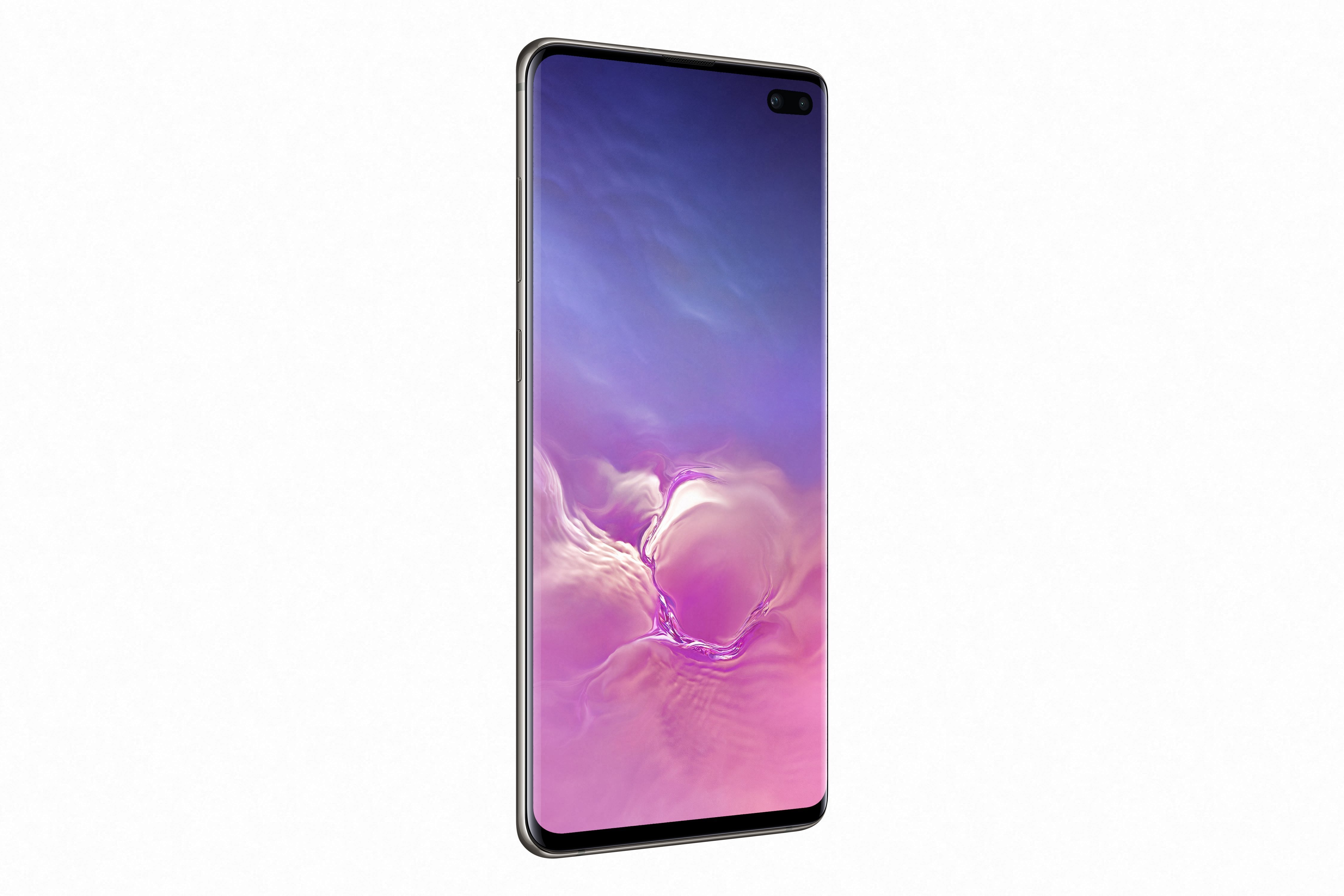 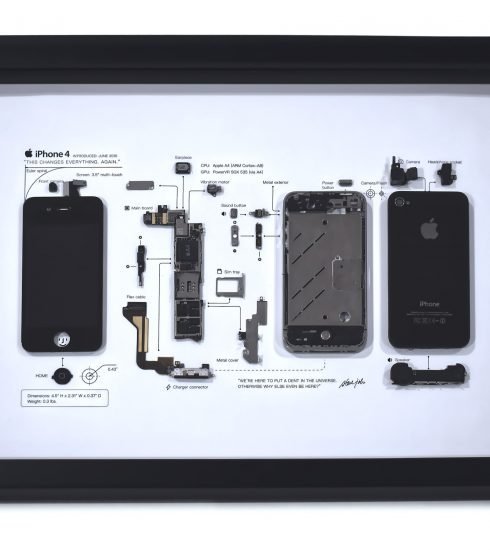