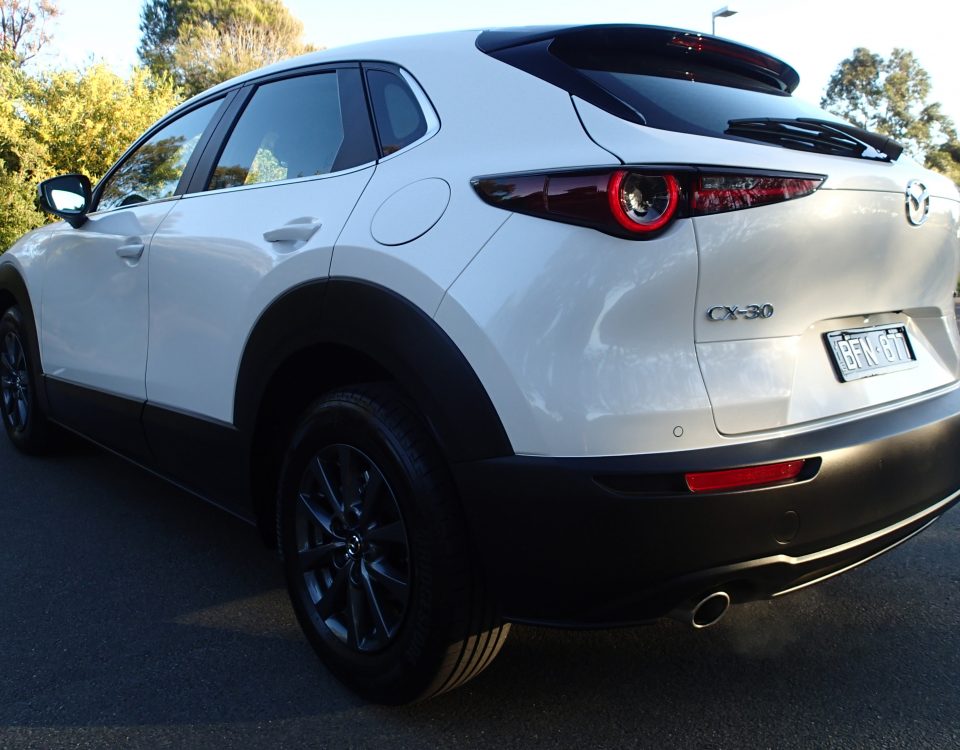 As anyone who has rolled up their sleeves and started a business will tell you – finding a gap in the market and servicing that gap is the first of many steps towards (and away from) success. In some cases, you might need to use a feeler gauge to find those gaps because they are less than a millimetre wide.

My first thought when I got behind the wheel of the Mazda CX-30 was to the very small gap in the market that this car fills. Is there even a gap in Mazda’s exceptional small hatch/SUV range into which the CX-30 slots? Mazda has obviously got a pretty good feeler gauge in their marketing department.

From what I can tell, the CX-30 is for the buyer who wants a Mazda that’s a little taller than a Mazda3 hatch, but not as chunky as the CX-3 SUV. Lots of manufacturers have fallen into this trap of trying to service a market for fear of losing a customer to another brand that gives people what they want – the Mercedes-Benz B-Class, the ill-fated Audi A2, and the BMW X2 are clear cases in point.

It wasn’t until I stopped and had a good look at the CX-30 that I realised that it’s actually filling a gap between the CX-3 and the CX-5! Thankfully Mazda has a handy graphic on their website.

Thankfully Mazda are highly skilled in the small hatch and SUV market so the CX-30 will be at home anywhere.

Cut very much from the same cloth as the entire Mazda range, the CX-30 is a reasonably good looking car – even in the entry-level G20 Pure we tested.

The abundant plastic around the wheel-arches, the side skirts, and the front and rear bumpers doesn’t do much for its visual appeal, however, above this line the CX-30 is a very good blend of the roomier cabin of the CX-3 and the tight packaging of the Mazda3.

The boot-lid lip is so much better being down so low on the CX-30 compared to the Mazda3 owing to the rear bumper being so much lower.

The bonnet does feel like it stretches on for an eternity. I would certainly tick the option box for the Vision Technology pack which adds 360° View Monitor, Cruising & Traffic Support (CTS), Driver monitoring, Front Cross Traffic Alert, and Front parking sensors.

The side-on view of the CX-30 is easily its best angle. Some of the front and rear 3/4 angles make the CX-30 look bigger than it really is.

Bearing in mind that this is the entry-level model, I was pleasantly surprised that the interior of the CX-30 isn’t too barren. The cloth trimmed seats are comfortable with plenty of thigh and shoulder support. The manual adjustment was a little stiff to move on-the-go, but the overall driving position is excellent – especially if you’re tall.

The dash, doors and centre glove-box/armrest are finished in a dark blue padded leatherette that I don’t think will wear very well.

Rear passenger leg-room isn’t what you would call commodious but it’s a trade-off for the 317L boot which more than doubles with the rear seats collapsed giving plenty of room for a couple of sets of golf clubs.

Elsewhere the interior is very well appointed. An 8 speaker DAB+ equipped sound system with Android Audio and Apple Car Play. Steering wheel mounted audio controls are standard across the range as are buttons for the cruise control.

Given the angle of the windscreen on the CX-30, the 8.8 inch widescreen colour display sits in the middle of the dash well out of reach for the driver. As such all controls for the Mazda Connect system are managed by the large rotary dial that sits in the centre console just behind the gear-shirt. It does take a bit of getting used to.

As you would expect in this class, a plethora of airbags keep all the occupants very safe and other active safety systems such as Blind Spot Monitoring, Dynamic Stability Control, Lane Departure Warning, and Rear Cross Traffic Alert keep those inside and around the car safe.

The CX-30 feels like it sits considerably lower than the CX-3 but in fact the CX-3 sits 15mm lower. I think it’s the driving position in the CX-30 that throws off a different perspective.

The 2.0 litre in-line 4 cylinder 16 valve DOHC S-VT petrol engine drives the front wheels in the G20 Pure via a 6-speed auto Skyactiv-Drive transmission. The engine is a little weak down low with only 114kW however, the 200Nm of torque pick up the slack and get the 1.442 tonne CX-30 moving pretty swiftly – especially touring on motorways.

The GC20 Pure sits on 16-inch wheels and rubber that I suspect will provide a better urban driving experience at the expense of a bit of road noise as speed increases. A subtle easing of the drive-by-wire throttle easily keeps things in check.

Electronic power steering and MacPherson strut suspension keep the cornering capabilities of the CX-30 at a very high standard giving the driver plenty of confidence in all driving conditions. The four-wheel disc brakes have the opposite effect – bringing you to a safe and solid stop on any surface.

I found the rear 3/4 interior view from the driver’s seat was extremely poor. Any sort of oblique intersection will be a challenge with the bodywork behind the c-pillar blocking any clear view of approaching traffic.

Looking ahead, the heads-up display is as always very handy and the readability of the instruments in the CX-30 is well above some contemporaries in this class with a blend of digital and analogue dials.

Fuel economy around town isn’t brilliant in the smaller 2.0 litre petrol engine. We were able to achieve consistent consumption figures anywhere between 6 and 8 litres per 100km.

Speaking of getting around town, the rear-parking sensors and camera are very well used on the CX-30 given the poor rear visibility. Auto headlights and windscreen wipers tick a few of life’s tediums off the list and the Stop and Go function for the engine does its best to minimise fuel waste – although the air-conditioning does work a lot better with the engine running.

I think these crossover hatch/SUV cars are very much at home in the city. They provide much more practicality than a hatch in its own right. Dogs, small children and past-times such as golf just don’t work in a hatch. Similarly, the bulk and mass of a mid-sized SUV can be a pain in the city and just don’t look that good.

The Mazda CX-30 is a very good alternative for people in their early 20s to get about in comfort and safety that will see you through at least one dog or child before you need to think about upgrading. 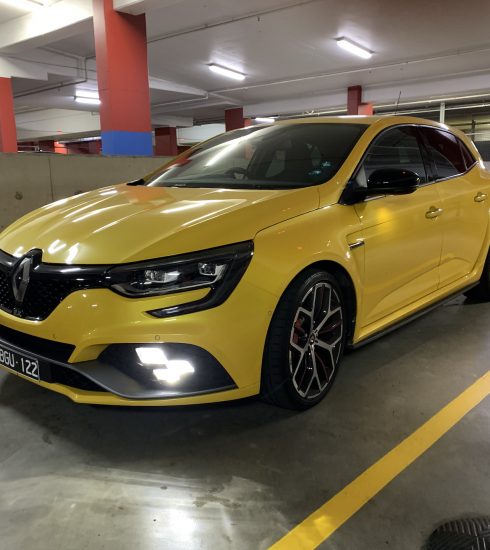 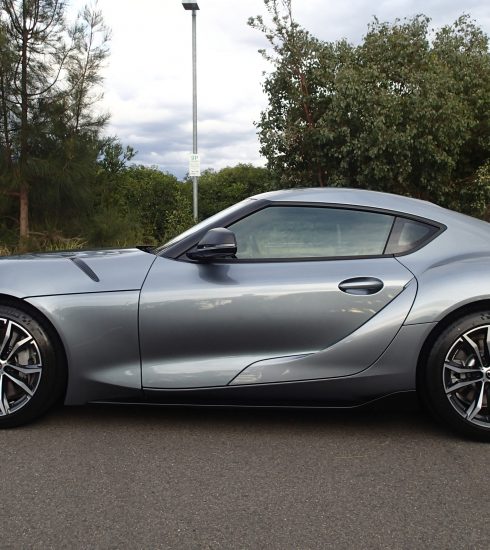 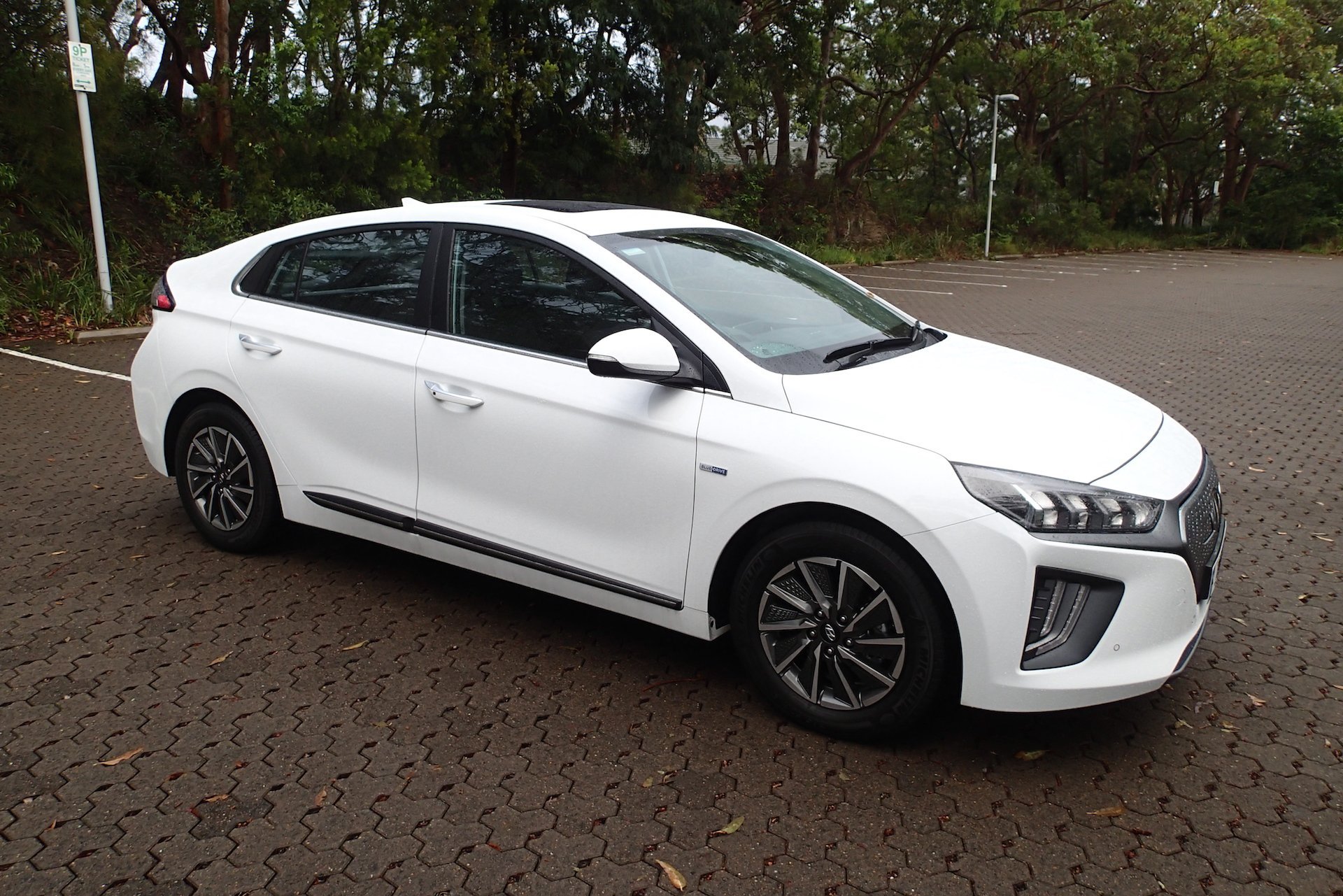