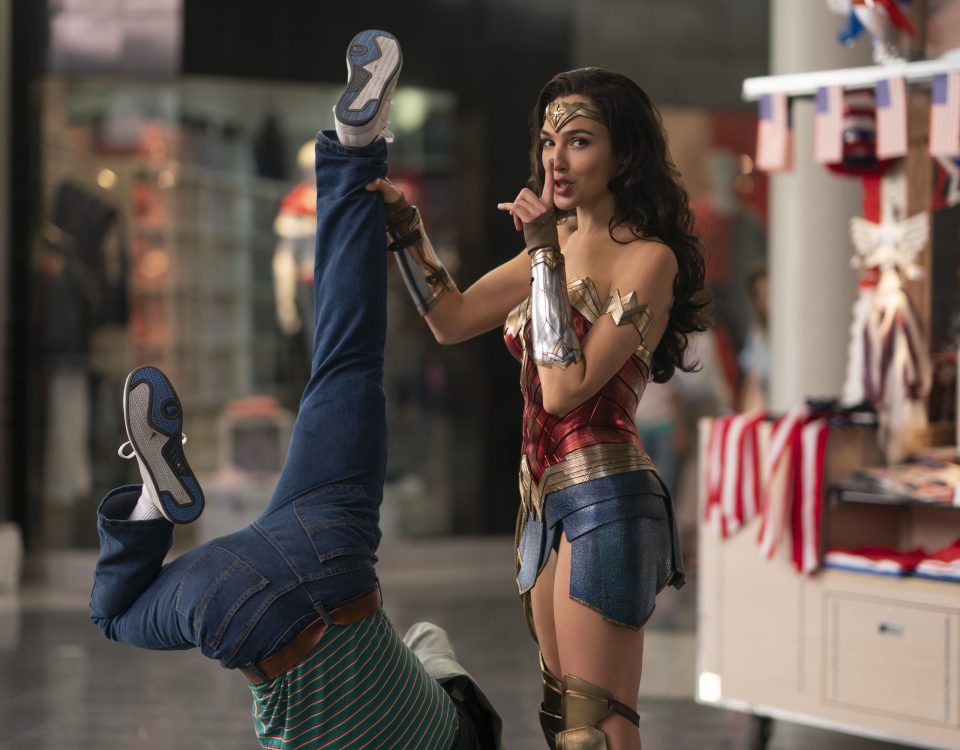 After a bit of a struggle to find their footing, DC has been having a much better time in the movie playing field as of late. Films like Wonder Woman, Shazam, and Joker have proven that there’s room for superheroes other than Marvel on the big screen, and they don’t all have to act like Batman. The issue then became one of finding identity; since Marvel had such a strong cultural hold on the superhero blockbuster, it was imperative for DC movies to find their own brand of storytelling that captures the superhero feeling we’ve come to associate with those films while still carving their own recognizable film identity. Some DC movies have succeeded with this task, while others have fallen short in this regard. Wonder Woman in particular is regarded by many as a fantastic superhero film that changed how many people view DC as well as female-led super flicks. So when the sequel Wonder Woman 84 was announced, casual and hardcore fans alike seemed cautiously excited to see what would become of it. Patty Jenkins returns as director, and some of the cast would be returning as well. Among the returning cast was Chris Pine as Steve Trevor, an interesting choice considering that he seemed to have died at the end of the first film. Full of questions and excitement, fans counted down the days to the release of the sequel. Now that it’s here, did it live up to expectations set by the first film? Well, let’s look at the basics. 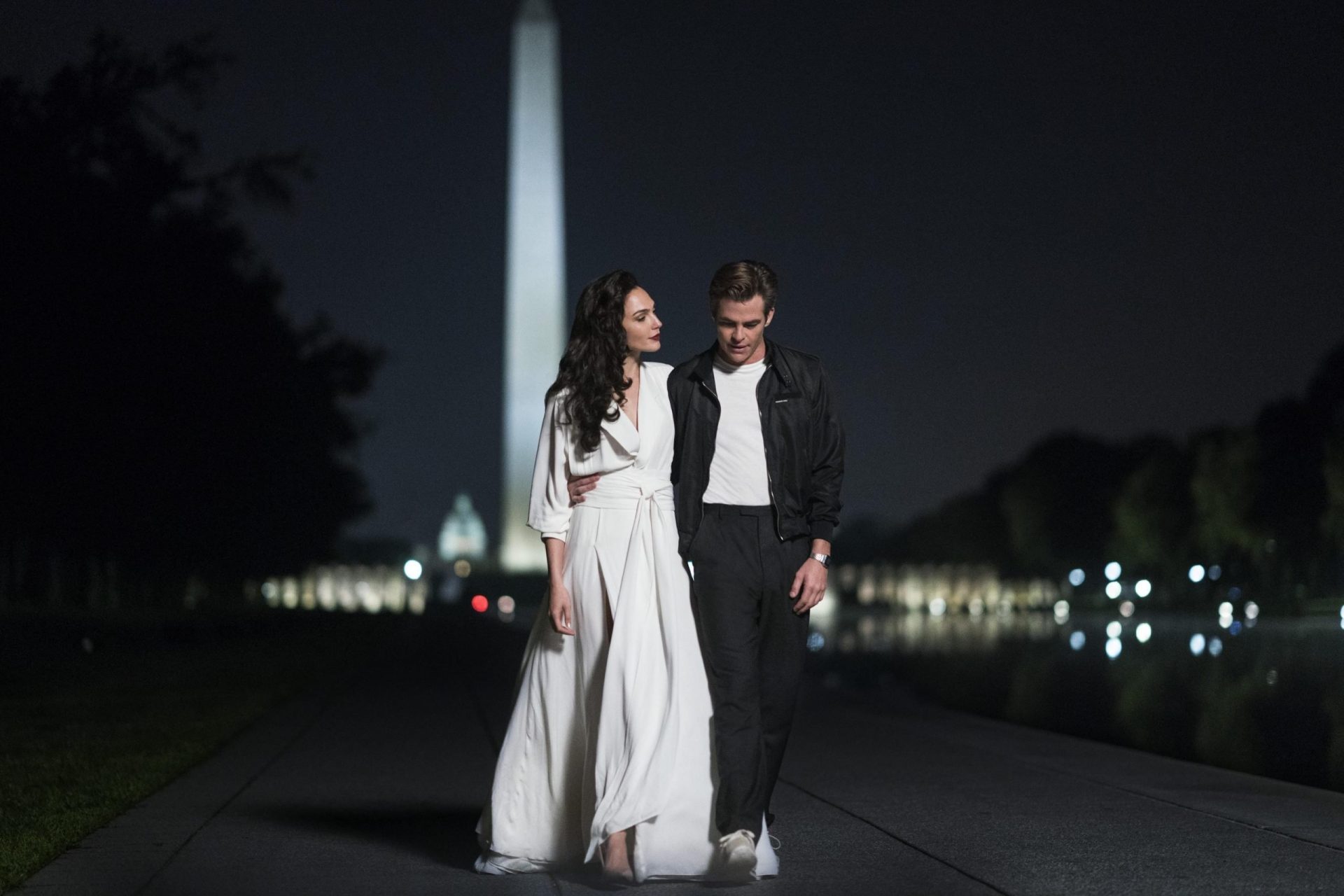 Wonder Woman 84 takes place in, as the title would suggest, 1984, putting it quite a long time after the World War I setting of the first film. Diana Prince (Gal Gadot) is still running around doing good and stopping crime as Wonder Woman, but keeps her identity secret. When she’s not fighting baddies, Diana works as a museum curator detached from the world. We jump in to see her opening up a bit by befriending new co-worker Barbara Minerva (Kristen Wiig), an awkward genius who seems to really click with Diana. As it turns out, the museum has recently received a mysterious rock, later revealed to be a mythical wishing stone. Without realizing it, Diana wishes for Steve back and Barbara wishes to be more like Diana, and voila! They get everything they’ve been wishing for. Steve essentially inhabits the body of a random man to “live again,” and Barbara finds herself being admired by co-workers, dressing fashionably, and having lots of doors opened to her. However, as it goes with many of these plots, this is a Monkey’s Paw situation, where the stone will grant your wish but also take what is most valuable to you. For Diana, this is her strength and agility that allows her to help people as Wonder Woman. As for Barbara, her most valuable possession shows itself to be her empathy and humanity, which we see her slowly shed as the film goes on until finally becoming the comics legend of Cheetah, Wonder Woman’s iconic rival. But before this can happen, we see the introduction of the film’s main villain, Maxwell Lord (Pedro Pascal). Maxwell, a shady oil businessman/television personality, has learned of the wishing stone and manipulates Barbara to get it for himself. Once in his possession, he actually pulls an interesting move and wishes to become the stone himself, à la Jafar at the end of Aladdin. This gives him the power to grant wishes at the cost of something valuable from the wish-maker, but decided by him? The rules are a bit hazy. What matters is that Maxwell is a basic embodiment of greed, accumulating more for himself through the wishes of others and magnifying his influence and power with each wish made. As things escalate, Diana must figure out how to stop a seemingly unstoppable man who grows in power exponentially by the minute, as well as decide how far she’s willing to go to keep Steve Trevor in her life now that he’s back. We also get the introduction of the famous invisible jet, Steve adjusting to life in the 80’s, and Barbara having to face the same moral dilemma as Diana when confronted with giving up her own wish or losing herself in the process. 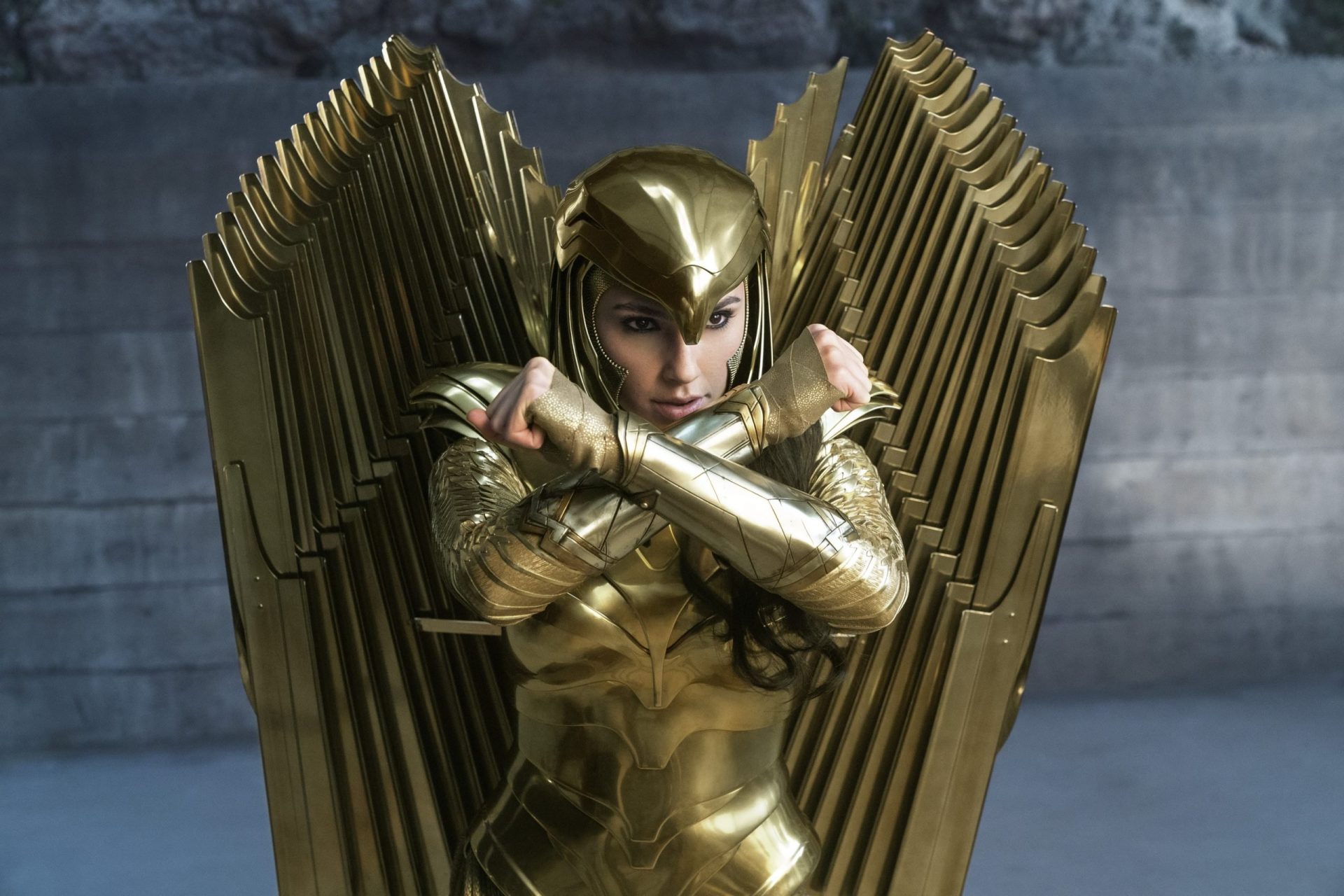 After everything is said and done, this movie really is a mixed bag. For starters, it’s long. Really long. Longer than Avengers: Infinity War. And the thing is, it really did not need to be. The movie really drags at times, yet doesn’t even fully explain all of the rules of its magic stone or the goals of its main villain. The tone is also a bit odd, jumping from cheesy action fluff in the beginning to more serious scenes after, and then back again. Honestly, I thought the first scene that takes place in the 80’s was a dream sequence on my first viewing because of how much the tone clashed with both the previous scene and previous entire movie. The visual effects are also not so great, such as one action scene where Diana is running in the desert in slow motion, which was probably cool on paper but ended up looking rather silly in execution. When you compare it to the No Man’s Land scene from the first movie, it makes you see what bizarre choices they were making here. Of course, there is plenty of good here too. Pedro Pascal, the beloved Mandalorian, is fantastic here as a wildly over-the-top 80’s businessman villain. It’s wild to see him doing something so different from the role that many people were introduced to him as, considering how Maxwell embodies the opposite characteristics of the smooth, quiet masked bounty hunter. He seems to be having a ton of fun here, cartoonishly slimy and nefarious but still endearing by the end. Kristen Wiig is also working hard to carry the movie through weird moments with her charm and subtlety. You can see her slowly morph over time from the sweet, genuine Barbara to the apathetic, violent Cheetah. My only gripe is that there wasn’t enough of her! As great as Pascal was, if there will be another sequel, I hope that Cheetah gets to take center stage as the main villain in that one. After all, she’s Wonder Woman’s arch-nemesis in the comics and Kristen Wiig portrays her fantastically, so it would only make sense to give her the spotlight. We get to see her turning here, so let’s hope that next time, we can see Cheetah in her full apex predator glory for more than just the third act next time. Steve and Diana still have great chemistry as they did in the first film, although it was slightly strange that Diana had spent 70 or so years missing a man that she knew for a few months more than her mother and other family back on Themyscira. 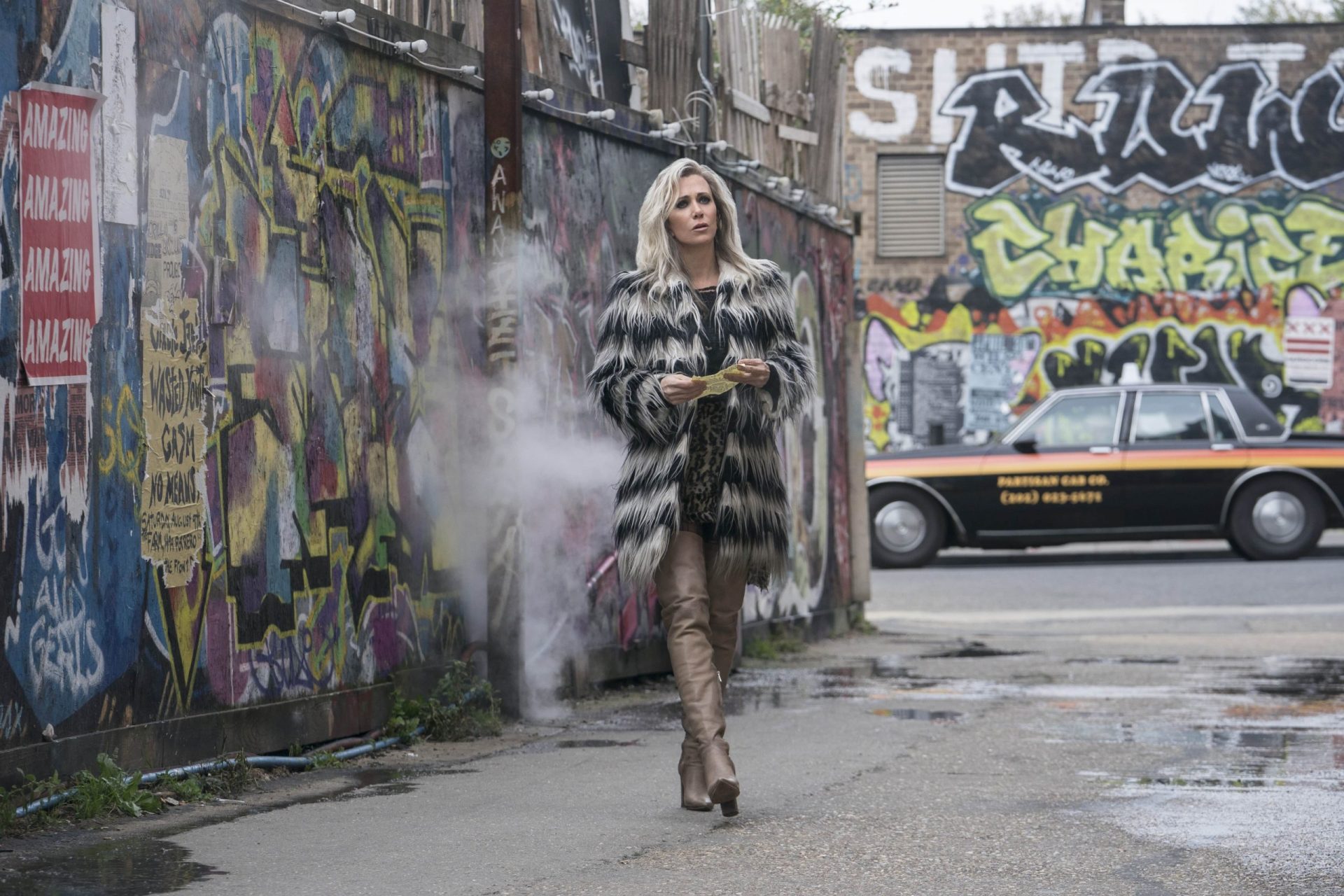 Through the good and the bad, Wonder Woman 1984 does show itself to be good fun if you aren’t in an analytical sort of mood. The cast is stellar, and give every scene their all no matter what. Hans Zimmer’s excellent score is also not one to be overlooked, injecting colorful, action-packed fun into every scene, but that’s what you get when you sign a composer like Hans Zimmer onto your movie. But in the end, does Wonder Woman 1984 live up to its predecessor? Not exactly, but this was a difficult task to assign it before anything was even known about the film. The original Wonder Woman had its issues, but also had the element of surprise since most viewers were going in with low expectations after what they were used to with DC movies. 1984 does not have this luxury, but still proves to be miles above the likes of Justice League and Suicide Squad, really showing us how far DC has come in such a short period of time. DC is continuously learning and trying new things, and this will lead to both victories and mistakes, sometimes within the same movie. But what matters is that they’re breaking out of their shell and doing more. If we get a Wonder Woman 3, it will hopefully be a better movie overall since the director has had a chance to see what works and what does not within the Wonder Woman films. Patty Jenkins is certainly competent, and should emerge from this onto her next project as a more experienced director. So go check out Wonder Woman 1984, you’ll either have some silly fun for two hours or get to start an interesting conversation on filmmaking within the superhero genre (or both!). Plus, you can’t beat the low price of free on HBO Max. 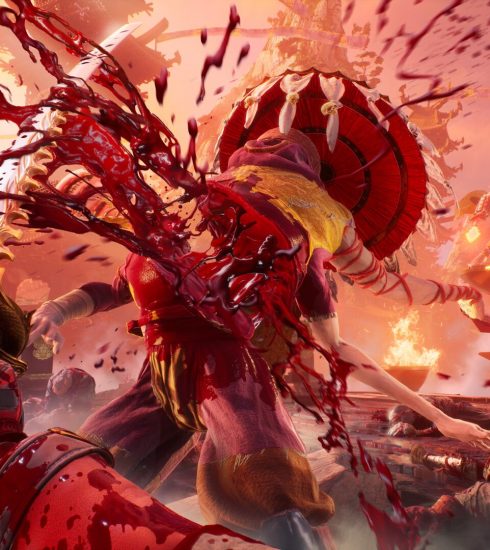