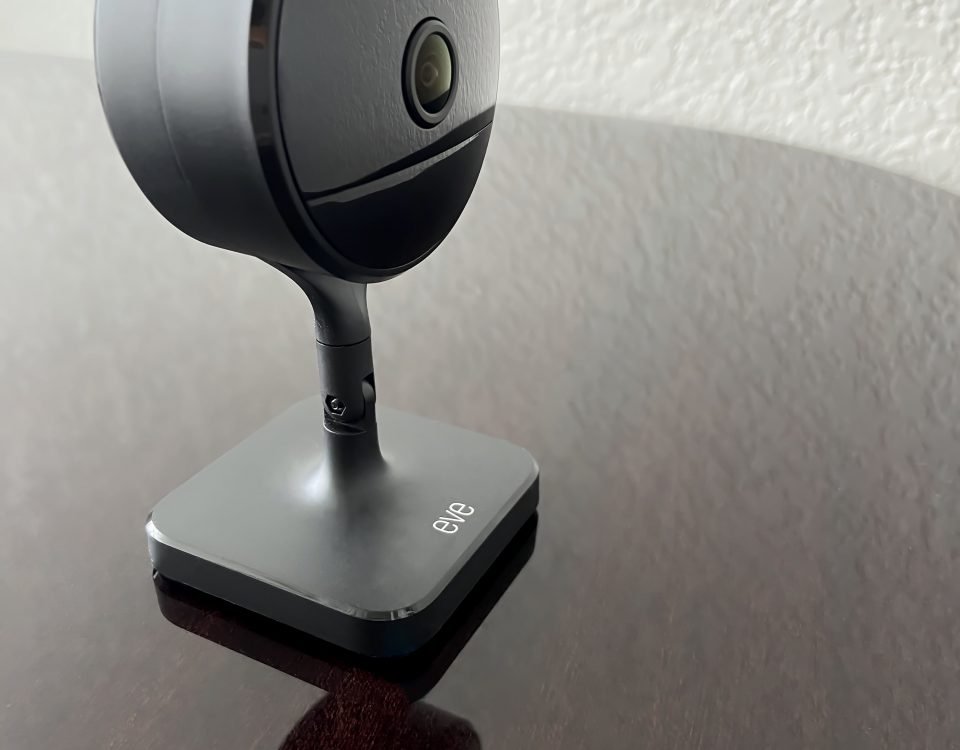 The phrase “security camera” is generally a two-edged sword in the IoT (Internet of Things) world. While the intended purpose of such a product is to secure the surroundings within a camera’s view, quite the opposite can happen in the background. The smallest vulnerability in the camera’s software can be exploited by hackers, compromising the integrity of the video feed being captured, as well as exposing other devices on the network. These concerns prevent many from enjoying the security that such a device can provide. Eve Cam claims to protect your privacy and network with solid security-conscious software design. Does Eve Cam deliver on this commitment? How does Eve Cam perform? Read on as we take a closer look at this very popular wireless camera. 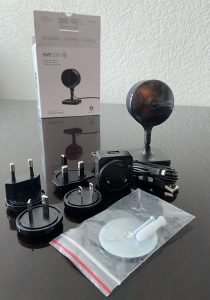 Before we proceed, you should know that you need an Apple HomeKit Hub (such as an Apple TV with tvOS 13.4 or a HomePod), as well as an iPhone or iPad with iOS 13.4 or higher. You’ll also need an Apple iStorage plan (200GB plan for 1 camera, 2TB for up to 5 cameras) if you would like to record your video streams. The video data stored on the 2TB won’t count toward your data limits and this footage can be kept for up to 10 days.

Out of the box, the Eve Cam comes with a micro USB (not USB-C) cord. Also included are a double-sided adhesive and a metal disk, which provides an area for the strong magnetic base of the camera to attach to, allowing you to place the camera wherever you’d like. You will also find a small power adapter and various types of plugs. This enables you to use the Eve camera right away, regardless of the country you’re in. (If you travel a lot, you can bring added security, no matter where your next hotel room is.) Last, but not least, we have the camera itself.

The camera is made of a matte black plastic (the face has more of a shine to it) and looks like a hockey puck in shape and size. Though it is all plastic, it does not feel “cheap” in any way. Its small size, combined with its black color, helps it blend into your decor as an unobtrusive guardian. You can adjust its articulated arm for 180 degrees of movement and even rotate it 360 degrees to point it exactly where you want it.

This is a 1080p, 24-frame camera with a 150-degree field of vision. It is an indoor-only camera, as there is no waterproofing of any kind. The camera has an infrared motion sensor, accompanied by two infrared lights, a microphone, and a speaker on the back to allow two-way communication. Imagine seeing an intruder in your kitchen and being able to say via the camera, “Um. Have a seat. The cops are coming over for a visit.” 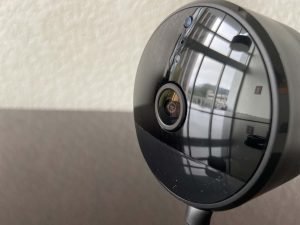 The Eve Camera has a matte black finish, except for the face, which has a slight shine to it.

The Eve Cam earned an overall positive first impression. First of all, it looks nice. Second, all the necessary items are included, so there won’t be any irritating surprise runs to the hardware store. The question now is, how well will this camera perform?

There are three aspects we have to cover when it comes to performance: the software, picture, and sound. Let’s look at the software first.

You have the choice of using Apple’s Home app or Eve’s mobile app. The camera works great with HomeKit, but we’ll focus on the Eve software since this is a review for the Eve Cam. This is the same mobile app used by other Eve products as well. Adding the camera device to the Eve app is as easy as scanning the QRC code on the bottom of the camera base. The user interface and experience is intuitive. 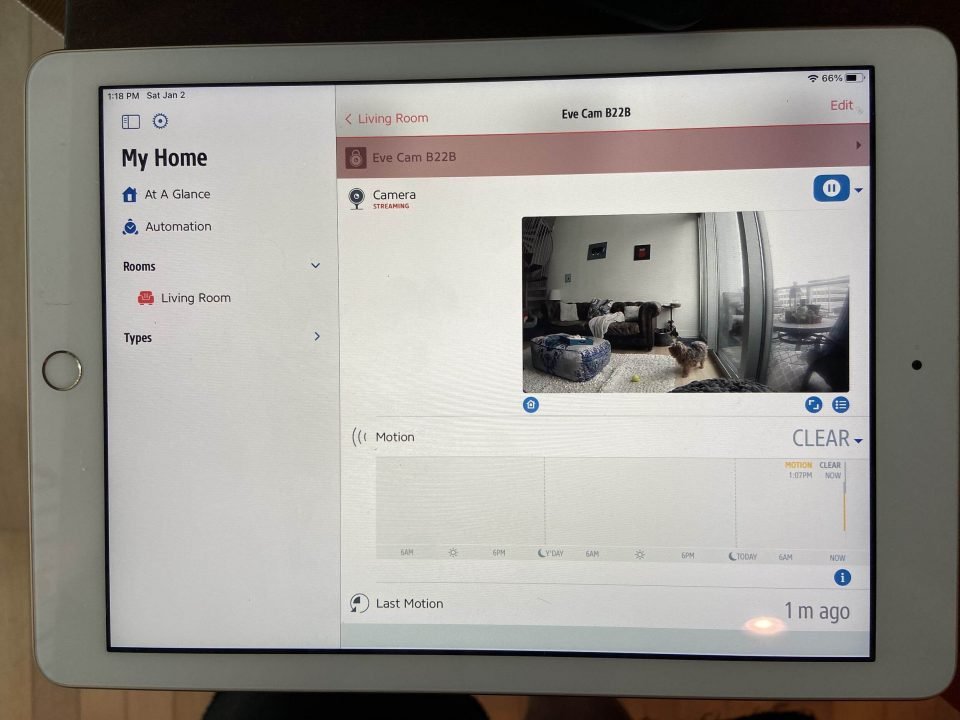 To view the live feed, simply tap the play/pause button to the top right of the camera still shot. When you rotate your phone to landscape, the live view is now in full-screen mode. You’re able to mute the microphone, as well as control the volumes for both the microphone and speaker.

The Eve app keeps the user well-informed. A visual graph displays how often motion was detected, as well as when the last motion was detected. A more detailed log shows timestamps of when such motion was detected. Another report shows recent status events, such as when you tell the app to record or stream. You’re also able to customize your motion detection sensitivity and notification preferences. Facial recognition and activity zones are also welcome functionalities of the Eve camera as used through the Eve app. This app does its job well. 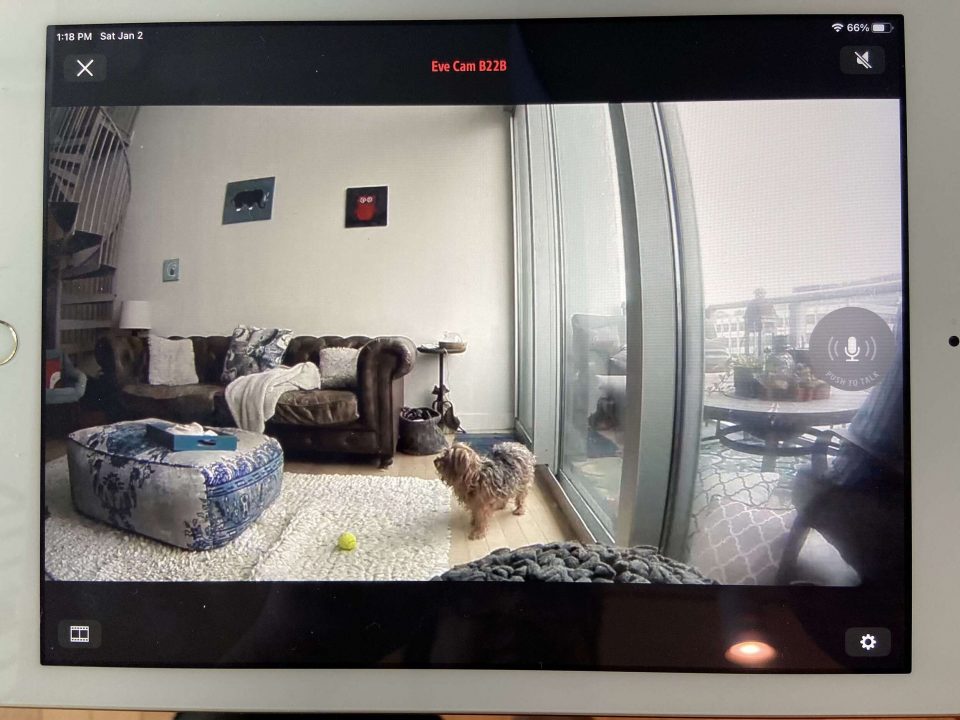 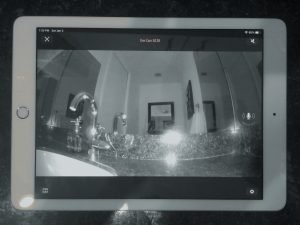 Eve Cam’s night vision worked great. This was taken in a closed-off room with no lights whatsoever. (The reflections are from the Eve Cam’s built-in infrared lights, designed to “illuminate” the area in the dark.)

The camera is a 1080p, 24 fps camera with a 150-degree field of view. In case you’re wondering why it’s limited to 1080p in resolution, this is an Apple HomeKit limitation, not a poor decision by Eve. That said, this camera produces a very good picture, considering this resolution limitation. The night vision capabilities are also very reasonably sufficient for security purposes. You will not be able to identify prowlers at 30 feet away in the dead of night, but it should at least be able to record their actions. (Hopefully, they’ll eventually come closer to the camera and look at it.)

Both the microphone and the speaker do their jobs sufficiently well. Conversations can be heard clearly, allowing for two-way communication between you and the person in front of the camera.

This camera was designed from the ground up with privacy, Apple HomeKit and HomeKit Secure Video in mind. There is no user registration required or giving up personal information of any kind. Eve collects no data from you. If you choose to do so, your encrypted videos can be stored on your iCloud account, accessible only by you. 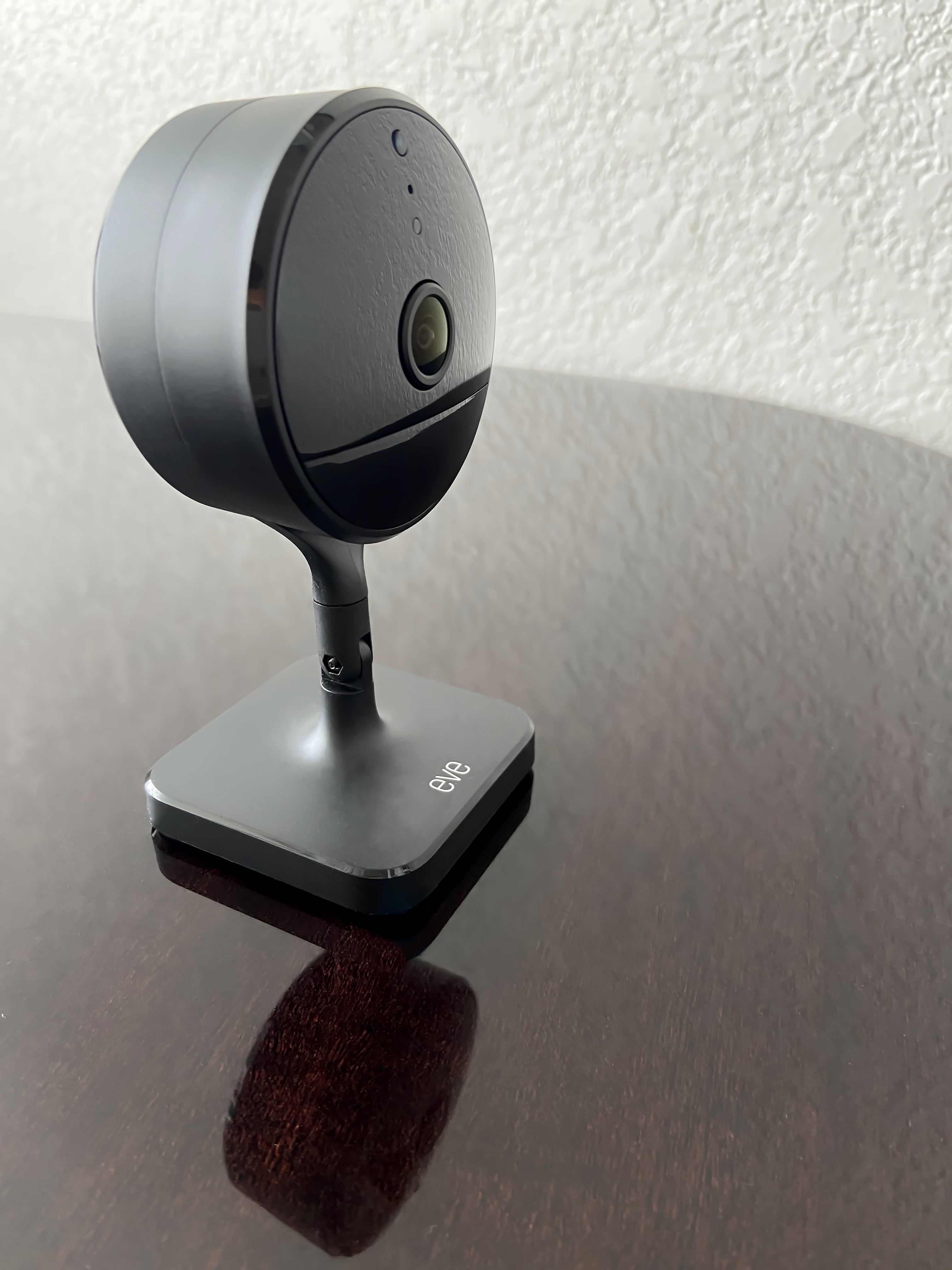 Eve is a brand that seems to truly make security a top concern anyone who values their privacy will find this camera one worth considering.

Apple HomeKit users love the Eve brand and its products. This camera is certainly no exception. Use it without the stress of wondering if your data is being compromised or sold. There is no user registration required and no Eve cloud. The picture and sound capabilities great. The Eve app is easy to use. If you are already an Eve customer, you’ll welcome being able to add another device to the same app. What’s not to love?

At a retail price of $149.95 or two for $249.90 on the official Eve website, privacy-minded security is now within the affordable reach of any Apple customer and is highly recommended. Overall, the Eve Cam is a smart purchase and harnesses many features of HomeKit very well. If you want to improve your home security without having to worry about your privacy, purchase an Eve Cam or two. 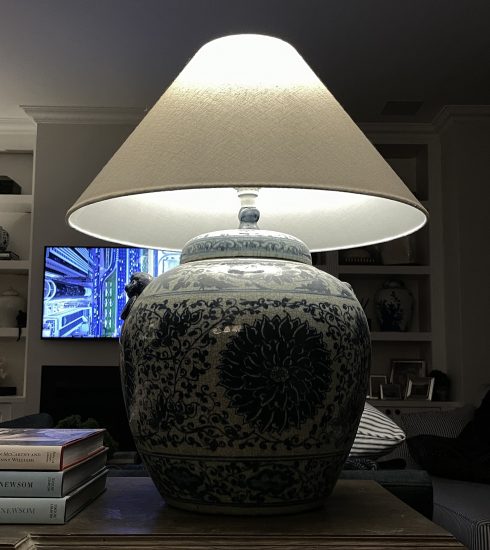 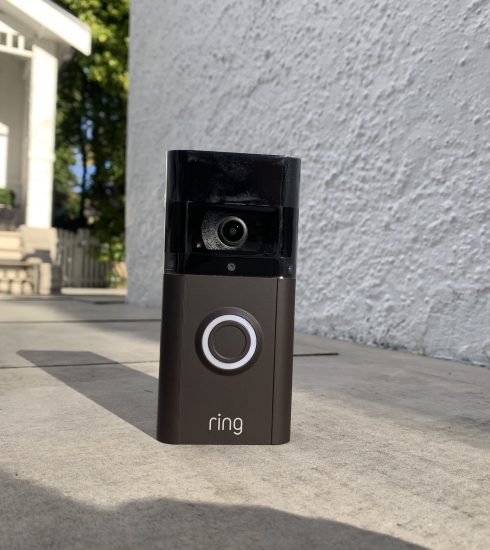 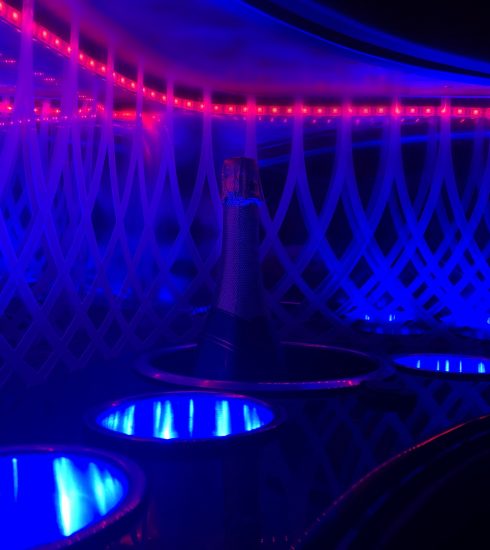