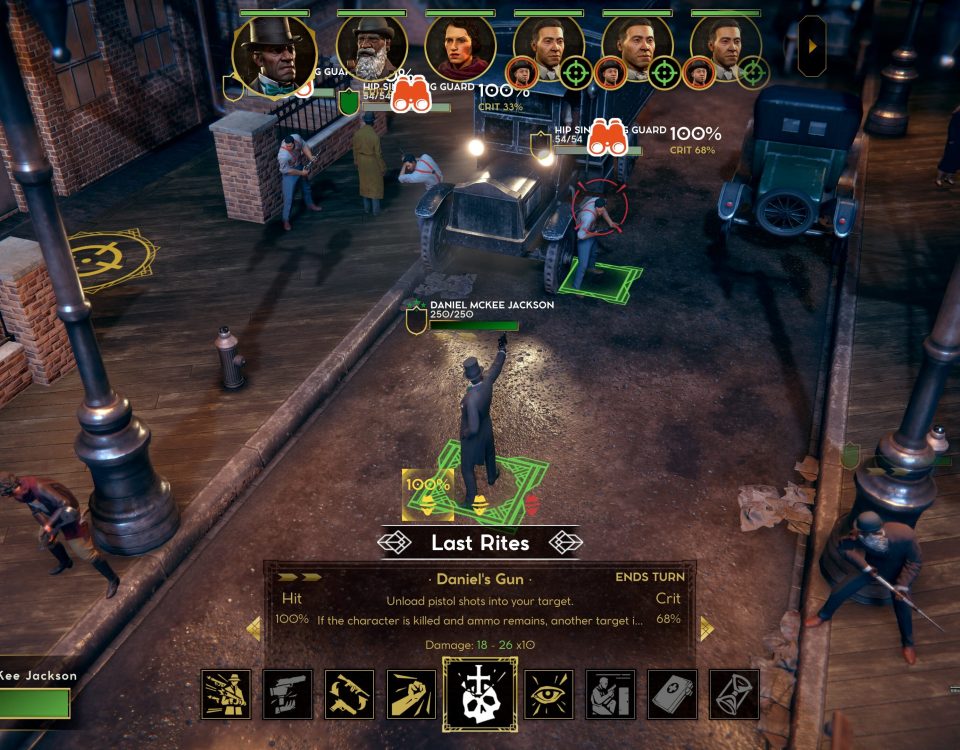 It took twenty years for Romero Games to release the highly anticipated Empire of Sin, and all we can say is that it was worth the wait. Set against the gin, guns, and glamour of 1920s Chicago, Empire of Sin is the kind of video game that has plenty to offer. Much like Chicago in the 1920s, Empire of Sin is a flawless mix between a tactical shooter and a business simulator. It’s on a genre of its own and it isn’t difficult to see why it has received so much praise.

If you’re a fan of The Sopranos, get ready for a strategy game that will put you in the shoes of a fictional mob boss.

Empire of Sin is set during the Prohibition era. Amidst the smell of whisky and smoke, you will find yourself in a world of notorious gangsters where you play as an aspiring mob boss. Choose your character from a selection of fourteen fictional and non-fictional mob bosses, including the infamous Al Capone and Stephanie St. Clair. You begin the game as a nobody with nothing but a few dollars and a gun. From there, you must recruit members and expand your mafia.

Each playable character comes with their own set of skills. For instance, Al Capone can fire a stream of bullets at one target with the “Rain of Fire” ability. Similarly, Stephanie St. Clair has the “Firing Squad” ability that lets her command allies to open-fire at the enemy.

After selecting your character, you then get to tweak the difficulty level and change the number of neighborhoods and factions in fictional Chicago. 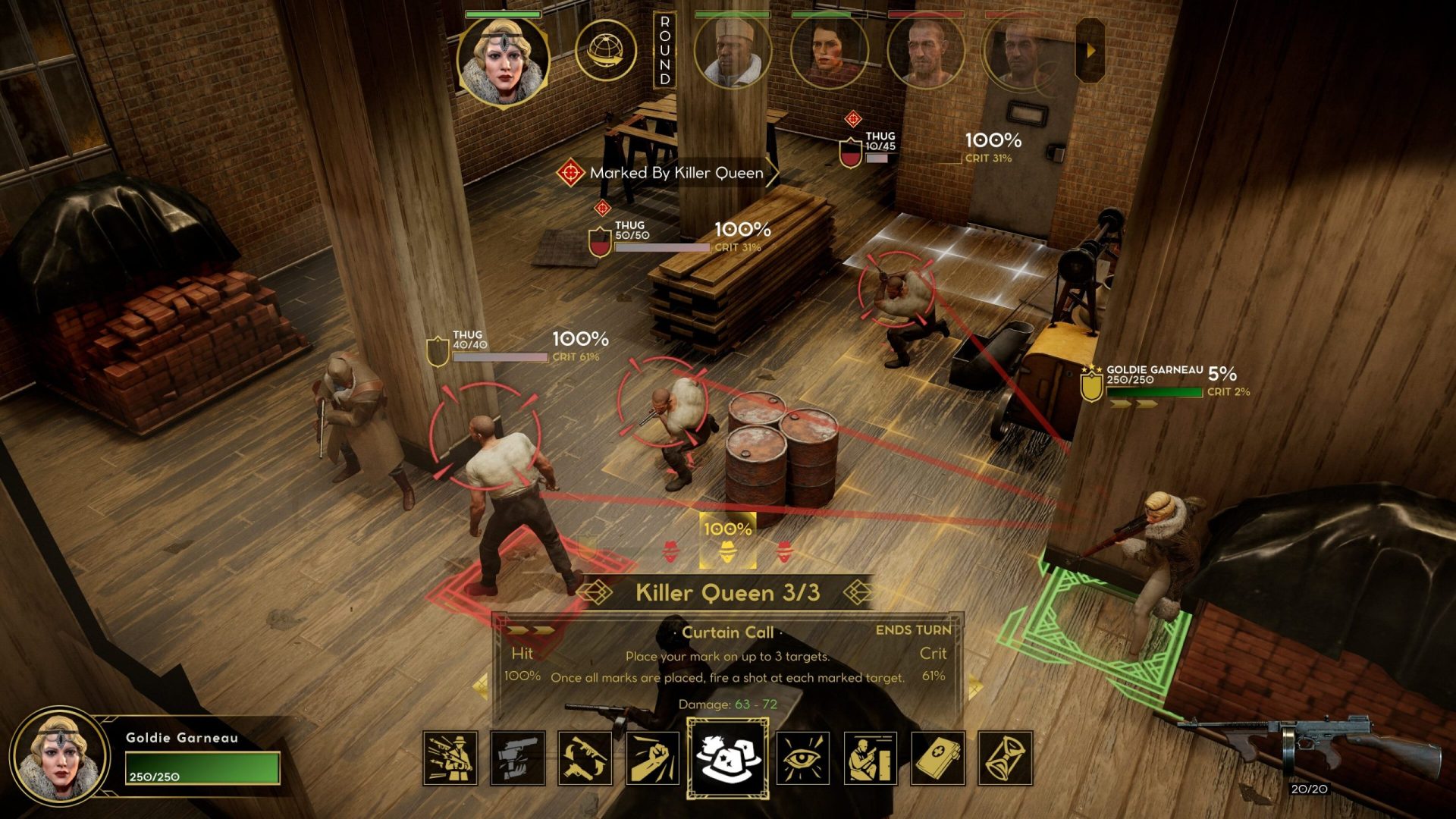 All in the Details: Setting, Music, and Graphics
A standout feature of the Empire of Sin is the amount of work put into the characters. While there is a hint of caricature in their facial features, the characters look incredibly realistic and detailed. Coupled with superb voice acting and witty writing, the game effortlessly draws you into each character’s story.

Empire of Sin embraces the signature dark style of the ‘20s and does not hold back. The game shows off warmly lit streets that are begging to be explored. With a jazz soundtrack in the background, it’s a delightful game that will immerse you in 1920s Chicago. However, the game could have added more voice effects. The number of curse words and cries of anguish (e.g. “Oh, they got me!”) became repetitive. The fictional city felt alive, but the characters during combat did not. 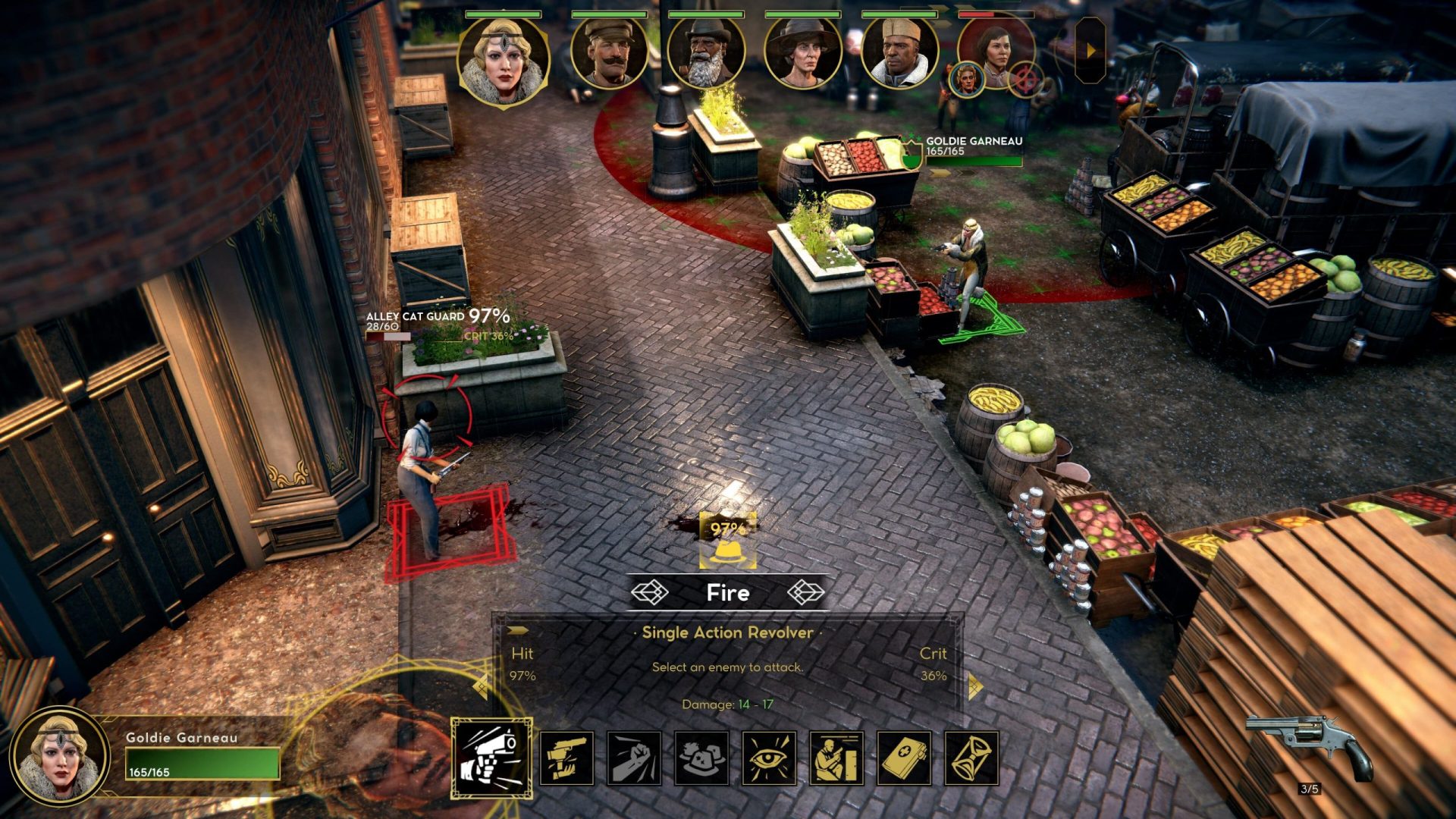 Goons at Every Corner: Combat and Controls
In Empire of Sin, attacks can happen without warning, but they occur more frequently after you’ve declared open war against another faction. During combat, the game shifts into a turn-based RPG where you need to keep your goons alive. At the top of the screen, you will see whose turn it is to either shoot, punch, or heal.

Health stats range from 50 to 150 and it usually takes two to four shots for a goon to go down. However, this largely depends on the weapon that you’re using as well as the angle and distance of the attack. For instance, a shotgun does the most damage when used two tiles away from an enemy.

Fights often take a long time mainly because the goons are hunkering behind barrels to gradually eliminate the enemy. Another detail that kills the combat is the limited tactical variety. Although the locations are stunning, such as luxurious casinos and dimly lit speakeasies, most fights revolve around a tiny section of the map. 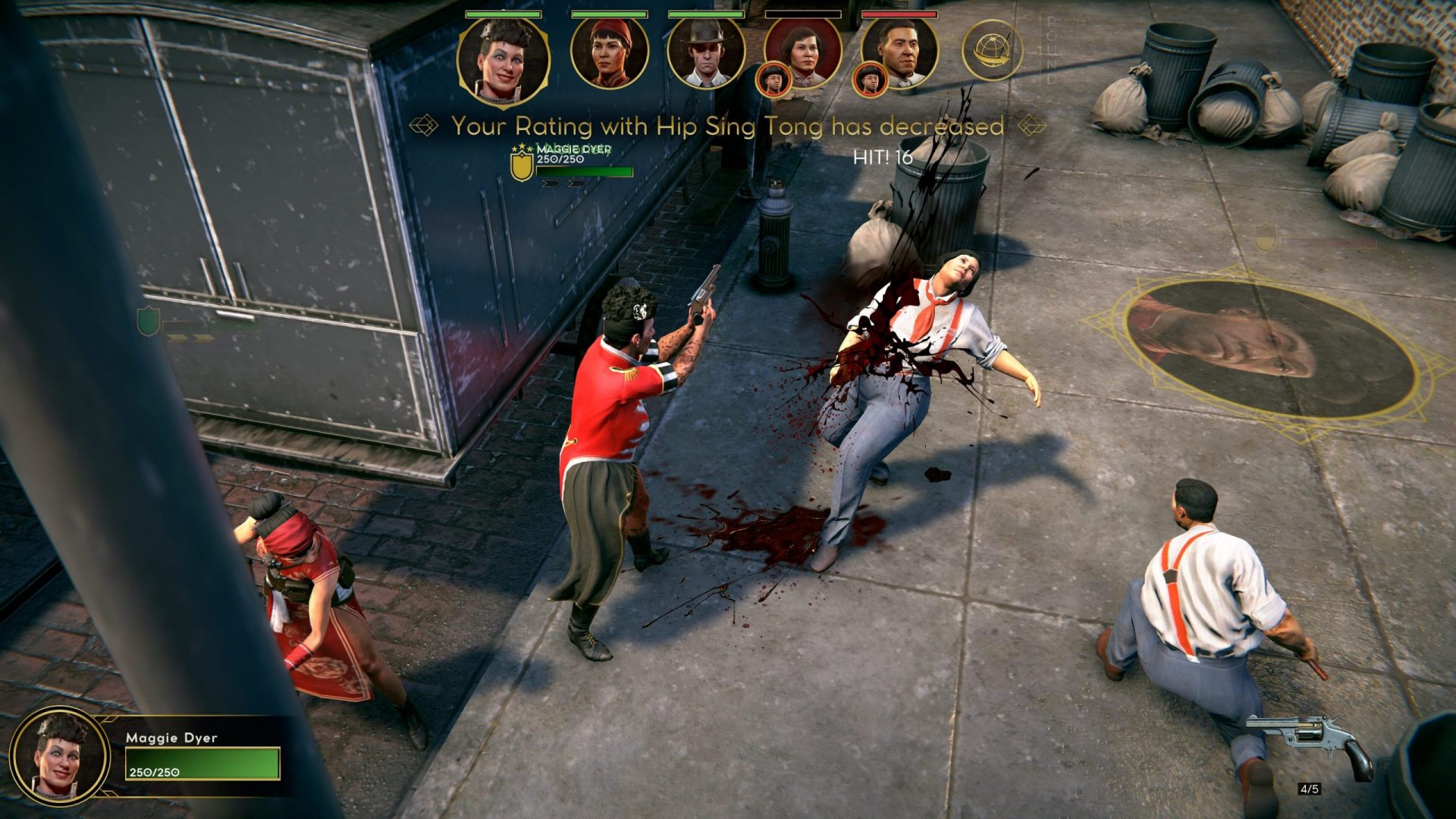 Multitasking Mob Boss: Gameplay and Goals
The goal in Empire of Sin is to take over the city. To do this, you must manage your empire and engage in fights with other factions. What Empire of Sin does well is build on the idea of organized crime as more than just violence but also involving business.

Empire of Sin lets you recruit a variety of characters, including bouncers, doctors, and sharpshooters. Some goons are more expensive to recruit than others, and the bigger your crew gets, the more expensive they can be to maintain. Some crew members will leave your gang if you miss too many payments.

Each member can be outfitted with weapons that can be upgraded later on. Equipping your members with the right ammo can spell the difference between them living to see another day and dying on the spot — yes, characters can die in the game.

When your gang isn’t fighting, you’re tasked with managing your network of speakeasies, breweries, casinos, and brothels. This aspect of the game strongly feels like a business simulator, but with a twist. To successfully expand your empire, you need to make allies, wage gang wars, hide from law enforcement, negotiate with rival mobsters, and much more. This part of the gameplay is interesting at first, but it can test your patience. Waiting for your cash to build can take a long time if you rely solely on your businesses. Directly attacking enemies is the easier way to build your cash reserves.

There are also side quests that allow you to make a hefty sum of money in a shorter time. These side missions can provide you with the extra funds to buy new members, set up new establishments, and more. 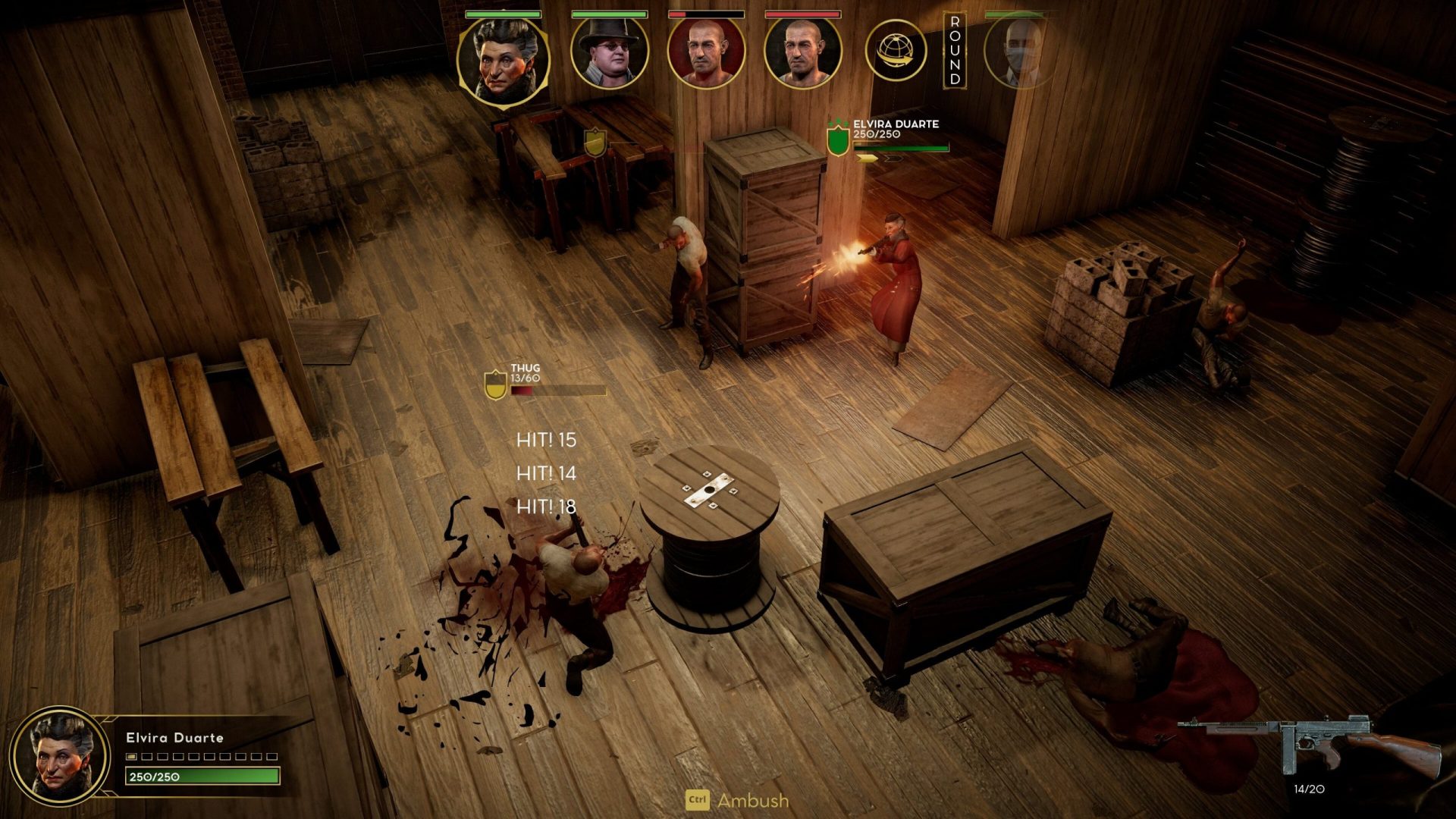 A Few Bugs: Game Performance
We played Empire of Sin on PlayStation 4 and were instantly impressed by the quick loading times. Empire of Sin owes much of its visual appeal to its realistic textures and golden lighting that perfectly captured the essence of 1920s Chicago. Animations during combat can be quite stiff but are barely noticeable.

We did, however, experience minor technical issues. For instance, some menu interfaces wouldn’t appear, and maps failed to zoom all the way out. There were also times when gang members wouldn’t follow commands despite several attempts. These problems didn’t ruin the game, but they did become annoying the more they occurred. Fortunately, the developers have released patches to fix these bugs. 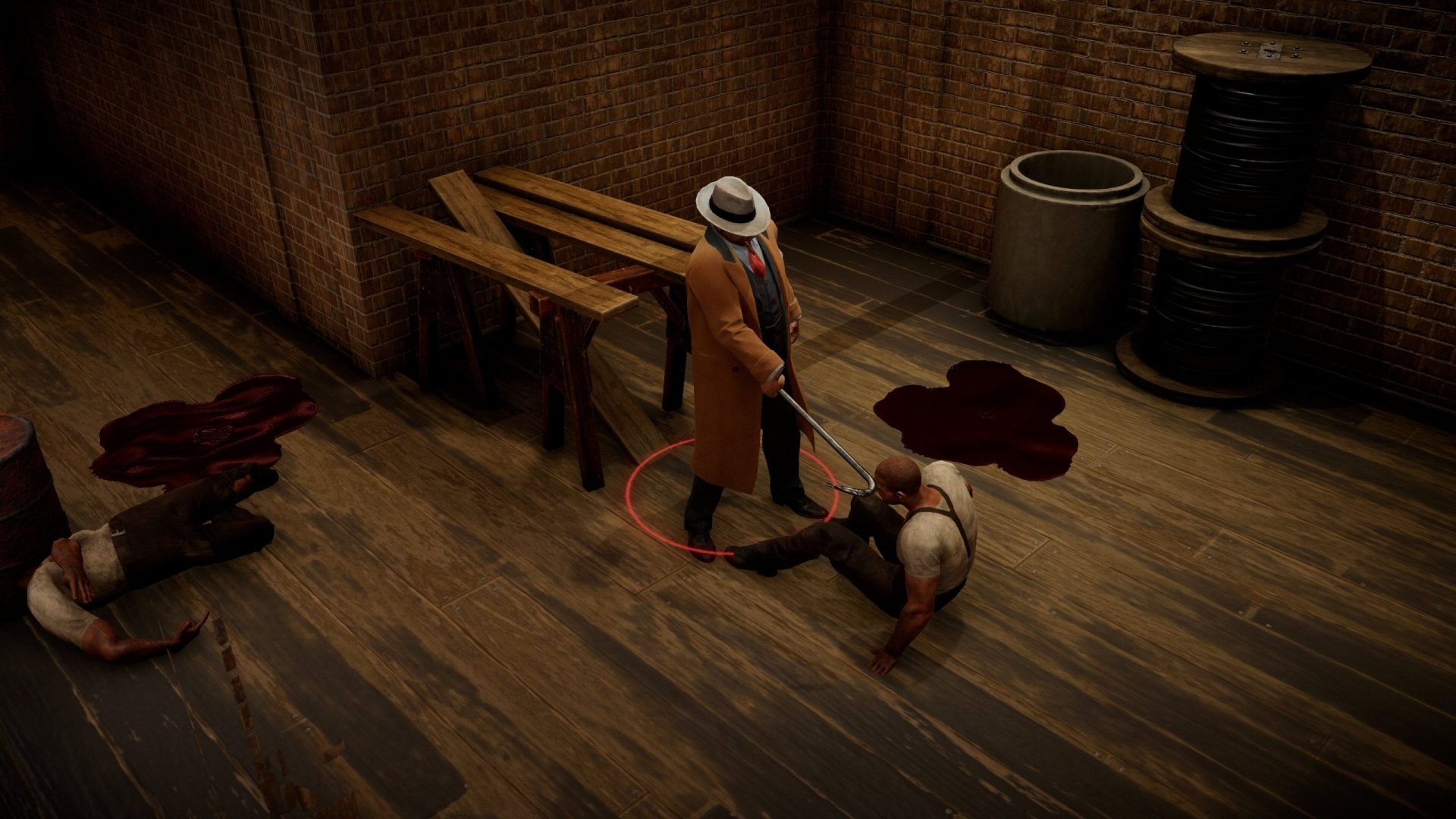 Empire of Sin: Worth It?
The goal of the game is to take over the city as a mob boss. If you were expecting a full-on RPG, you may be disappointed. Aside from using your guns, you’ll also have to use your skills in strategy and negotiation to expand your empire.

However, if you like gangsters, business simulators, and turn-based combat, Empire of Sin is worth a shot. If there is one thing that this game has succeeded at, it’s making us feel like we were in a gangster movie. With stunning settings, realistic gameplay, and the thrill of making it big doing otherwise illegal things, Empire of Sin can let you live out your mobster dreams.

Empire of Sin is available on macOS, Microsoft Windows, PlayStation 4, Xbox One, and Nintendo Switch. 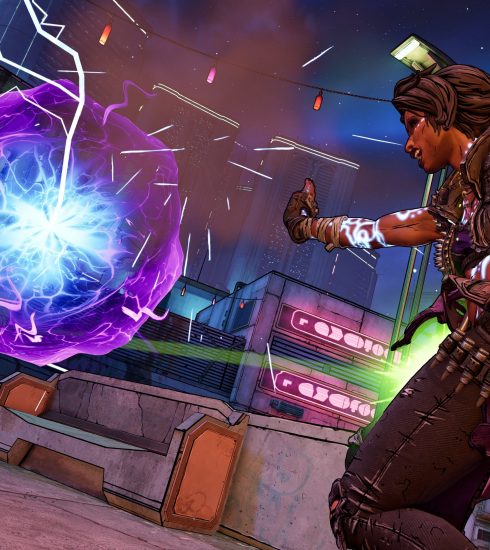 Review: Borderlands 3 – A Lot to Loot and Shoot