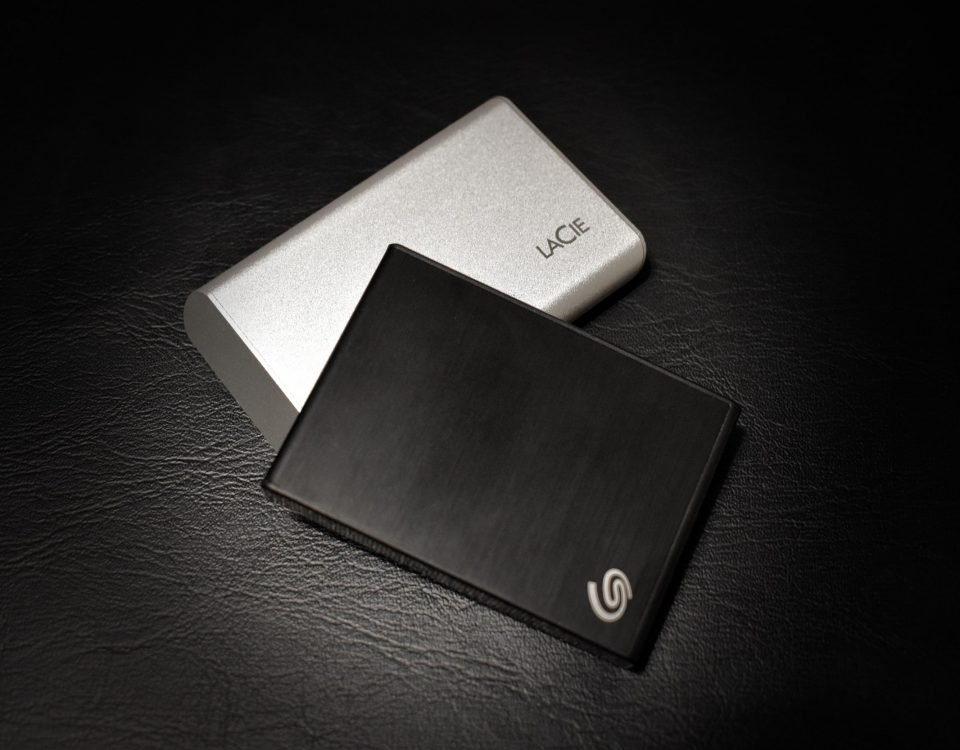 Solid-state drives were made commercially available back in 1991. Since then, technology has overhauled the size, the price, and the speed of these drives, while at the same time lowering the cost and raising the storage limit. We all want safe and reliable solutions for saving our personal files locally. Keeping these items stored carefully and securely while not leaving a huge footprint is the hope. Well, today we’re checking out two of the tiniest external SSD’s on the market. Seagate’s One Touch and Lacie’s Smallest Portable Solid-State Drives.

In the early 90’s, an internal SSD would cost around $1,000 for twenty megabytes of storage space. Today in 2022, we can purchase an external 1TB SSD for anywhere between $60 and $275 USD, depending on the brand and form factor of the solid state drive itself. The price goes up based on durability and how small the product can respectively be made, while maintaining the same reliability. Both Seagate and Lacie have been around for many years and have proven to stay up to date when it comes to data technology. Seagate since 1980 and Lacie starting in 1997.

Many people reading this article already understand the breakdown of bytes, but it’s still something worth explaining for those of us who may not know.

To be more specific, one byte is actually 8 bits, so when we read 1,024 bytes, this is the accurate equality to one kilobyte. At that time, some people felt that it would be confusing and slightly awkward in appearance when written. So for ease of use, they decided to ignored the left over 24 bytes, and plainly state 1,000 bytes of data when referring to a kilobyte.

So, in 1991, the cost of something as small as twenty compressed photos in our time, would be around $1,000. It is amazing how far we’ve come in just a little over thirty years, since the beginning of the solid-state drive. Today, on average, we spend around 0.12¢ per gigabyte. The math breakdown for the differences are inconsequential, but we can see a huge jump in technology, price, and storage space since the beginning.

Seagate released the One Touch portable USB-C SSD in April of 2021. The drive itself is ridiculously small. It comes in 500GB, 1TB and 2TB for the very small SSD models. The overall dimensions are 2.76 x 1.97 x 0.43 inches and it weighs ‎1.59 ounces. This makes the SSD smaller than a normal size business card in length and width. Seagate advertises the transfer speeds of up to 1030MB per second which technically can be reached, depending on the perplexity of the transfer. The Seagate One Touch SSD comes in three basic colors, black, blue and silver.

Lacie released their portable USB-C SSD in June of 2021. Like the Seagate One Touch, this tiny SSD would be considered smaller than pocket sized. Its overall dimensions are very similar to the Seagate One Touch at 3.15 x 1.97 x 0.42 inches and weighing in at ‎2.61 ounces. An average size business card is 3.5 x 2 inches, meaning this SSD could be hidden under a business card. Lacie states that its read speeds can reach up to 1050MB per second, making it 20MB faster than Seagate and its write speeds are up to 1000MB/s.

While working directly from each of these drives, I have not noticed any recognizable hiccups or stuttering. They flow through programs such as Final Cut Pro, Blender, GarageBand, Unreal Engine and DaVinci Resolve perfectly. While storing backups of files, applications, documents, family photos and videos, I encountered zero issues. Running games and programs installed on each of the solid state drives from a windows laptop was problem free as well.

Honestly, anyone looking to purchase a reliable, very sleek, ultra portable and fast SSD will be happy with either of these models. Both of these drives will keep up with the daily demands of computers and servers that a simple flash drive cannot handle while an (HDD) hard drive with moving parts could do the job, but would slow down your workflow majorly. 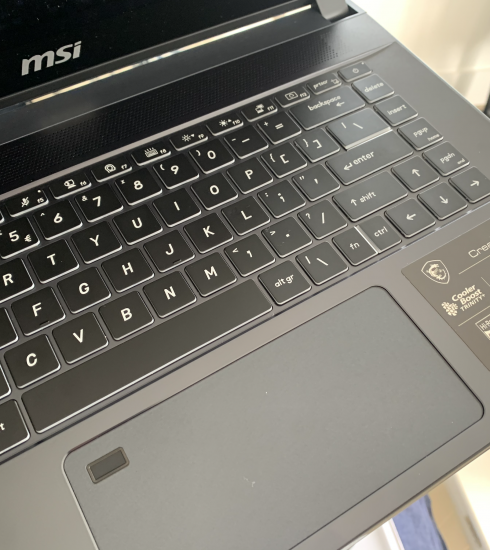 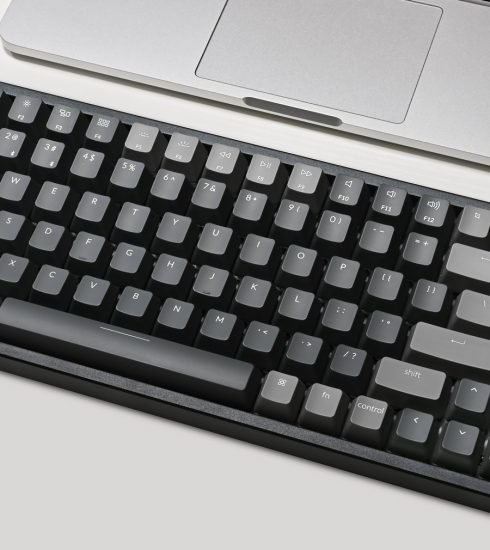 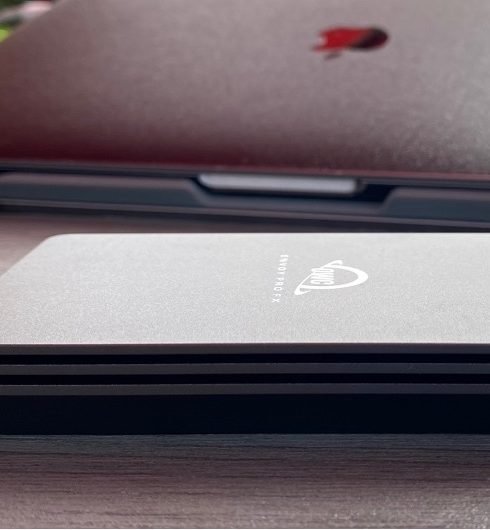