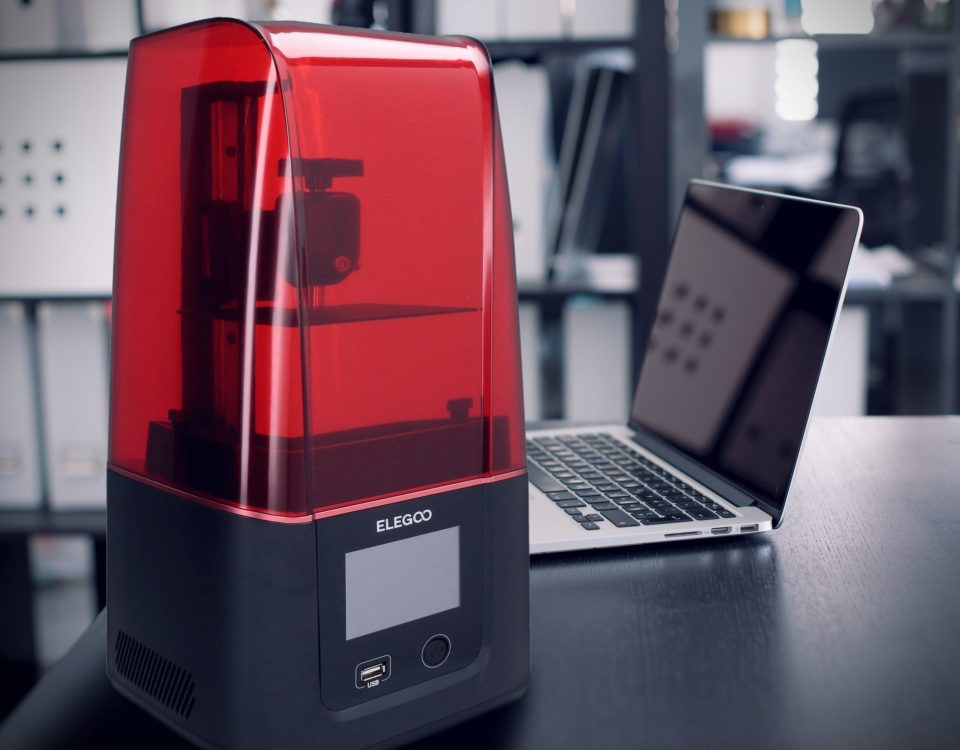 Have you ever dreamt of creating something 3-dimensional into existence? Well, it’s entirely possible with 3D printing today. 3D printing is one of the more revolutionary technologies of the 21st century because you can now convert any digital object into the real thing in almost no time. You can even cure many layers of resin within seconds. One of the top quality, customer preferred, 3D printing companies is Eleegoo. They have dominated the world with their ingenious design and incredibly fast resin 3D printers. Today we’re checking out the Elegoo Mars 3 Ultra 4K, let’s get into it!

What is 3D Printing?

3D printing can be traced back to the early 80s when a Japanese inventor created a product that hardened various polymers in layers with ultraviolet light. Unfortunately, because he never filed his patent before the deadline, he was never able to commercialize his printing process. In 1984, when Charles Hull pioneered stereolithography, a technology that allows designers to generate 3D models using digital data, which is then utilized to make the equivalent physical object, he changed 3D printing forever.

A photopolymer, an acrylic-based substance, is the key to stereolithography. When a vat of liquid photopolymer is exposed to a UV laser beam, the section exposed to the light transforms into a solid piece of plastic that may be moulded into the shape of the 3D model design. This has paved a whole new path for inventors, who could now prototype and test inventions without having to invest heavily in production procedures up front.

The Elegoo Mars 3 comes in a secure cardboard box with foam protection all around inside. Upon opening the box, you’ll find everything you need to get started on your first print. This includes:

The ELEGOO Mars 3 has an updated appearance from its predecessors. The base has some nice curves, and the cover has a tapering, rounded appearance. This distinguishes it from the earlier models’ squarer, simpler design. In comparison to the Mars 2, the improved screen and shape now allow for a 37 percent increase in build volume. The Mars 3 feels sturdy, well-built, and compact. The size and design of this unit, makes for a perfect entry-level model. It should fit on even the smallest of desktops, which is convenient when you have limited space. The quality of your 3D builds comes out looking almost store bought.

Below photos are 3D printed earrings that were painted. All done with the Eleegoo 3D Printer

FDM (Fused Deposition Manufacturing) 3D printing has been the most popular form of low-to-moderately-priced 3D printing, however that has changed as more reasonably priced resin printers have been introduced into the market. FDM printing is very similar to 2d printing except every time a new layer is required, the nozzle moves up slightly for the next layer to be printed on top of it.

When Printing with Filament

When Printing with Resin

Resin printing is commonly utilized for high-detail applications due to its better resolution. Dentistry, jewelry, model-making, and miniatures are all examples of this. Using an FDM printer to reach resin-like qualities would require a significant slowdown in the printing process. FDM is more commonly associated with prototyping, where it is used to create larger, less complex parts that require more material. It is conceivable for these users to increase printing speed at the expense of part quality. So, we believe that the Elegoo Mars 3 for Resin printing is superior here. It uses a 6.6-inch ultra-4K high-resolution monochrome LCD, an upgraded COB UV light source structure, and a new release film 2.0 for printing.

Stereolithography (SLA) 3D printing is the most common resin 3D printing process – they use lasers to solidify layers one at a time. Standard SLA printers employ a laser with a controlled beam that is directed by a mirror. The Elegoo Mars 3 is an mSLA (masked Stereolithography) because it employs an LCD screen to conceal an ultraviolet backlight, effectively casting a shadow on the resin.

Different patterns of light are let through to generate the print by modifying the image on the 4K LCD screen. The ELEGOO Mars 3 Resin 3D printer is fully equipped with an Ultra 4K, 6.6-inch monochrome LCD with a resolution of 4098 x 2560. Instead of having to trace every detail before moving on to the next layer, this offers the huge advantage of curing the entire layer at once in three to five seconds. Compared with ordinary 2K LCD 3D printers, its printing volume is 37% higher than Mars 2, XY accuracy is up to 35 microns, 30% higher than Mars 2 series, meaning higher printing efficiency, more stable performance, and far less maintenance.

The outcome is a resin model of anything you can think of with extraordinarily precise details and a very smooth surface. The impression you quickly get is that the Elegoo Mars 3 is substantially faster than other SLA printers, and there is no time penalty for printing many models at the same time.

MSLA printers have essentially no disadvantages over regular SLA printers. The shorter print time is a significant advantage over other additive manufacturing technologies. These are often expensive, especially for larger models. Standard SLA printers are likely to lose prominence as prices continue to fall, so for those of us who want an industrial-grade design with the excellent printing accuracy that comes with it, going with the Elegoo Mars 3 4K has never been a better investment!

This 3D printer is for someone who is looking to create prints with resin, whether they’re tabletop miniatures or extremely detailed sculptures with production-quality parts. The level of resolution that the Mars 3 printer can provide is incredible and definitely a must buy product. Its entry-level pricing point is ideal for first-time resin printer users. For anyone who has never used a resin printer before, the Mars 3 is a revelation, because it is so inexpensive and never fails to create stunning prints. You can order the Eleegoo Mars 3 Ultra 4K 3D Printer right now from the Official Website HERE for only $295, while it’s on sale. Amazon has it for $380. 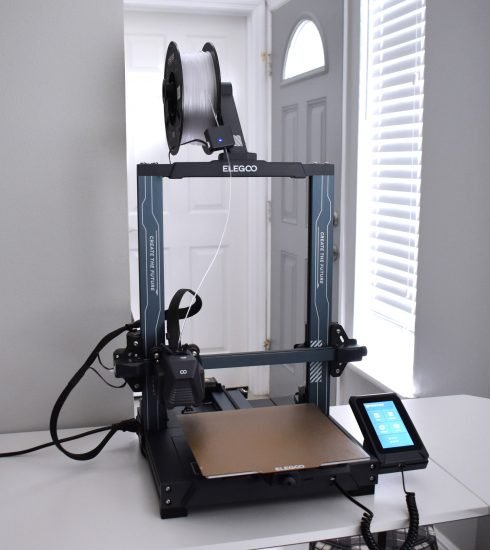 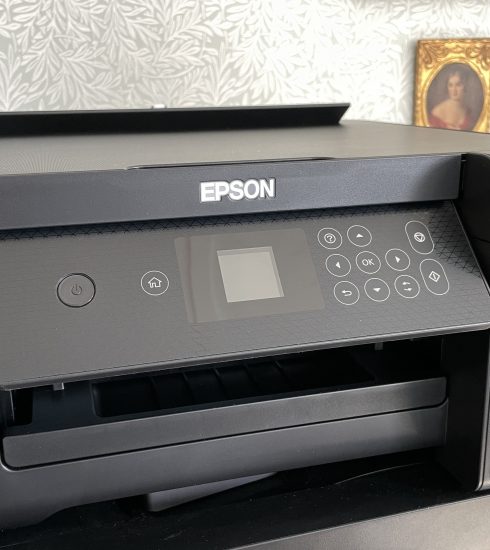 Review: EPSON ET-2850 Eco Tank Printer – Premium Prints that the Environment Will Thank You For 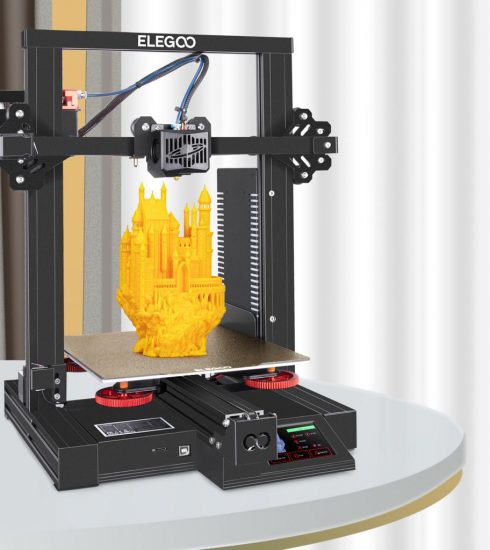