iFixit Screwdriver Bit Sets – Which One Should You Buy? 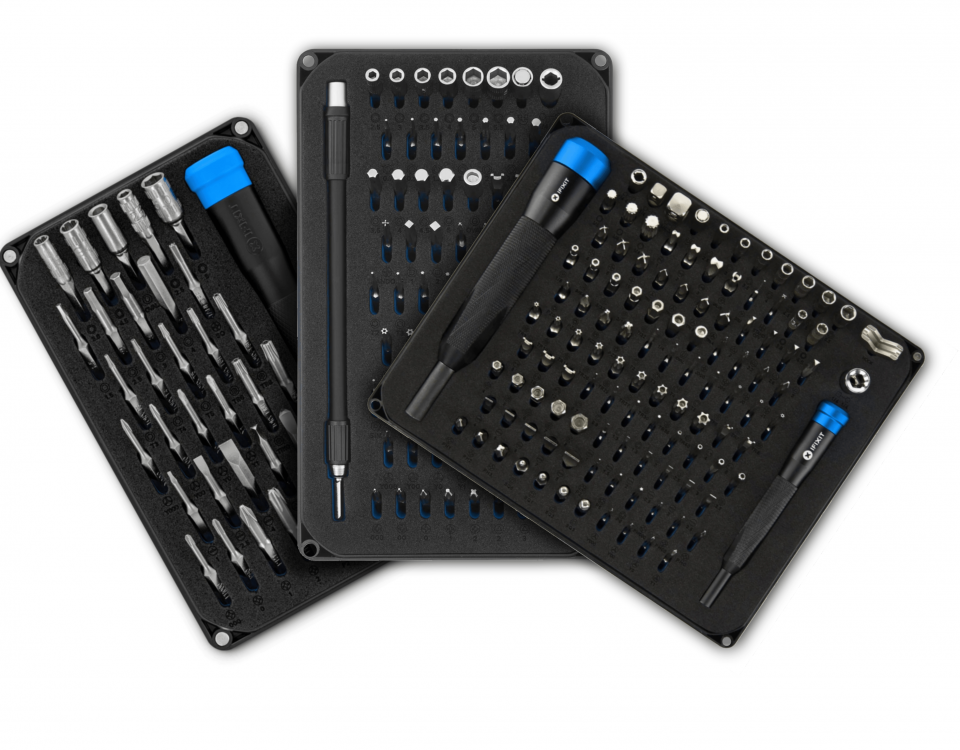 We all know how it starts. One day you’re just living out your life like normal, until an accident happens. Maybe your phone slipped out of your hand, you spilled water on your laptop or even your car just refuses to start. You regret it happening, think about how the situation could’ve been avoided, maybe even spit out a few profanities; but there’s no turning back now. Your once perfectly working device is now broken, and you need to get it fixed. 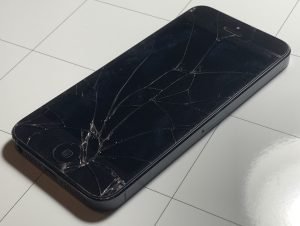 iFixit (one of the current leading activists for right to repair) has been helping both individual persons and companies repair almost every single electronic device ever made; from the largest to the smallest among them. However, all people are different from each other, and so might be their repair needs. Some users may only be able to repair common personal devices (like Apple iPhones, Samsung Galaxies, etc.) while others may repair a vast assortment of quirky, rare and uncommon devices (like Nintendo Gameboys, old cameras, assorted vintage electronics, cars, bikes, etc.). In any of these cases, no matter what your repair needs are; iFixit has your back. iFixit offers a major assortments of screwdriver bit sets, all designed for different situation and for different types of repairers. In this guide, I will be going over the 3 most popular ones. 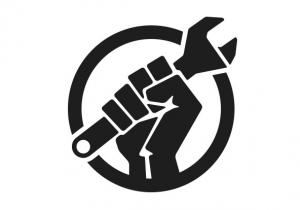 However, being able to determine which bit set will satisfy your repair needs may be difficult. It’s not always terrible to buy more than you need, but some users may require an affordable or extremely portable screwdriver bit set for taking on the go as they please. On the contrary, no repairman ever wants to be in a situation where they need a screwdriver bit; but don’t have it on hand (I know from experience!).

In the guide, I’m hoping to help you determine which iFixit screwdriver bit set is right for you! 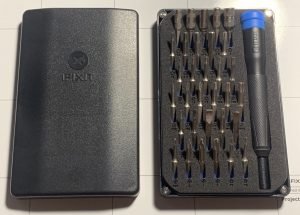 The iFixit Moray Precision Bit Set is only slightly larger than most smartphones today, making this screwdriver bit set by far one of the most portable (and reliable) screwdriver bit sets out on the market. With it’s smooth high quality hard plastic shell, it is both durable and comfortable to store in your pocket. Dare I say, I even think the iFixit Moray Precision Bit Set looks a bit cute! 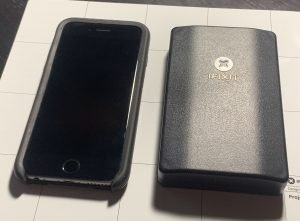 The iFixit Moray Precision Bit Set is designed for many types of users. The extremely mobile repairman, the user who wants to start getting into repair, the person who wants an extremely affordable screwdriver set, etc. It is worth noting that with this screwdriver bit set, that it will cover your repair needs in most situations. If you are someone who repairs a large assortment of devices (including obscure and uncommon ones) you may occasionally run into a screw that you don’t have a bit for. 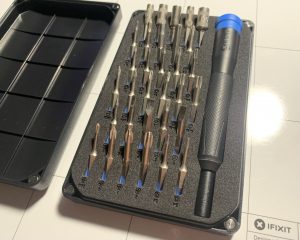 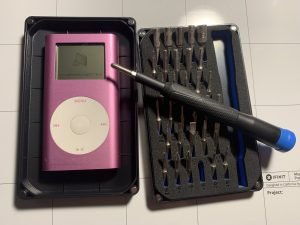 Are you a hobbyist who not only repairs personal devices, but have others often coming to you to repair their devices? Do you often find yourself repairing uncommon, quirky and exotic devices? Well, the iFixit Mako Precision Bit Set may just be for you. 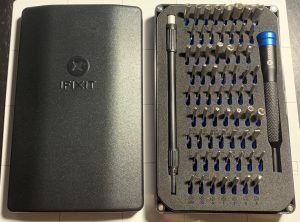 The iFixit Mako Precision Bit Set is designed for the hobbyist who loves to re-purpose and repair devices, from the newest to the oldest. With this bit set and it’s 64 screwdriver bits, you can be confident that whatever it is you’re repairing; you’ll always have the appropriate screwdriver bits to finish the job. Every computer science student, hobbyist, repairer and anyone who is the “go to repair person” among their friends should have one of these toolkits ready. This screwdriver bit set also includes two different screwdrivers, both being of much higher quality than the standard plastic one included in the iFixit Moray Precision Bit Set above. 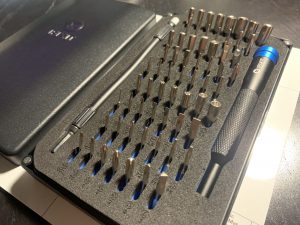 The iFixit Mako Precision Bit Set is by far the best value bit set out of the 3 in this guide, having a price tag of only $44.99 CAD and having every screwdriver bit that the average hobbyist will ever need. Not only is the iFixit Mako Precision Bit Set affordable in the monetary sense, but it also saves you the time of needing to rush order a bit off of Amazon. Trust me when I say; you’ll thank yourself later for getting all the bits you need before attempting a repair. 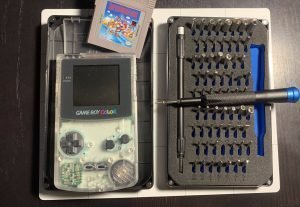 What if you need even more bits than the iFixit Mako Precision Bit Set offers? Are you the type of person who repairs absolutely EVERYTHING you own, or are you an enterprise repairman? Do you own a shop and need to be assured that you will always have the correct screwdriver bits on hand to meet your customers needs? Well, iFixit may have just made your dream screwdriver bit set come into fruition. 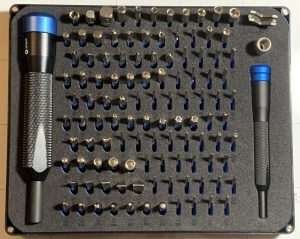 The iFixit Manta Precision Bit Set is the absolute largest assortment of screwdriver bits that iFixit offers and will never let you down. With the massive 112 different types of bits included in the set (from the common to the quirky bits) you can be rest assured that you’ll have the correct screwdriver bit for every situation. While I myself could never even imagine using all 112 different kinds of bits, having a iFixit Manta Precision Bit Set gives me a form of confidence. Knowing that no matter what repair I need to do, I can always get done. 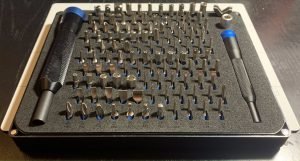 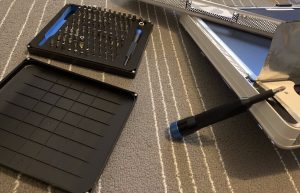 My Personal Preference – The Screwdriver Kits I Use 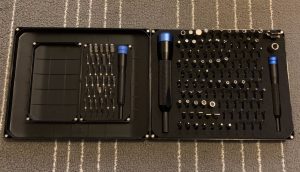 Regardless of the iFixit screwdriver bit set you decide is right for you, iFixit offers a lifetime warranty for ALL of the above screwdriver bit sets they sell. You can be ensured that you’ll always be covered in case your screw driver kit itself requires any maintenance. However you’ll likely never need to use it, as all screwdriver bit sets are made with the upmost high quality.

Just remember to have confidence in yourself and know that no matter what it is, you can repair it (of course, after reading the iFix repair manual for your device first)! 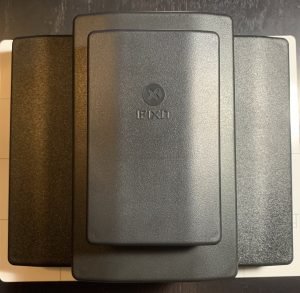 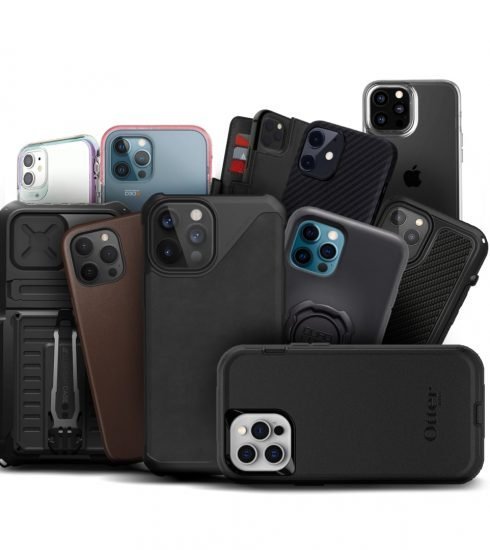 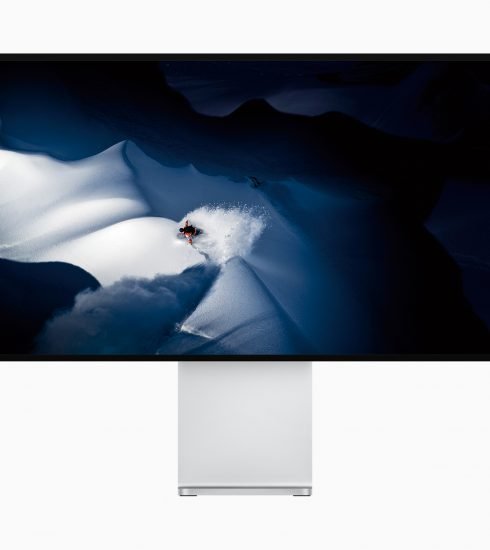 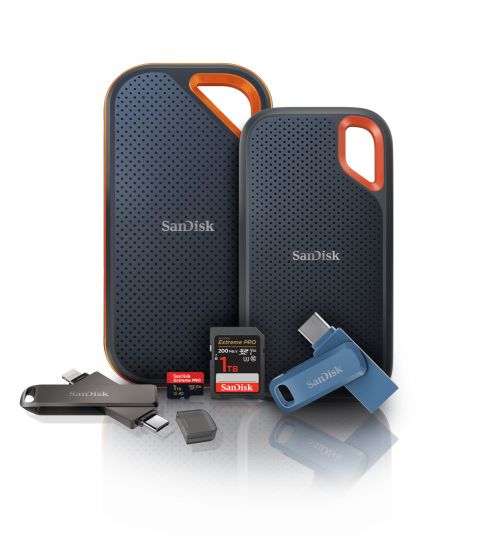 Great Products from SanDisk for your storage needs!