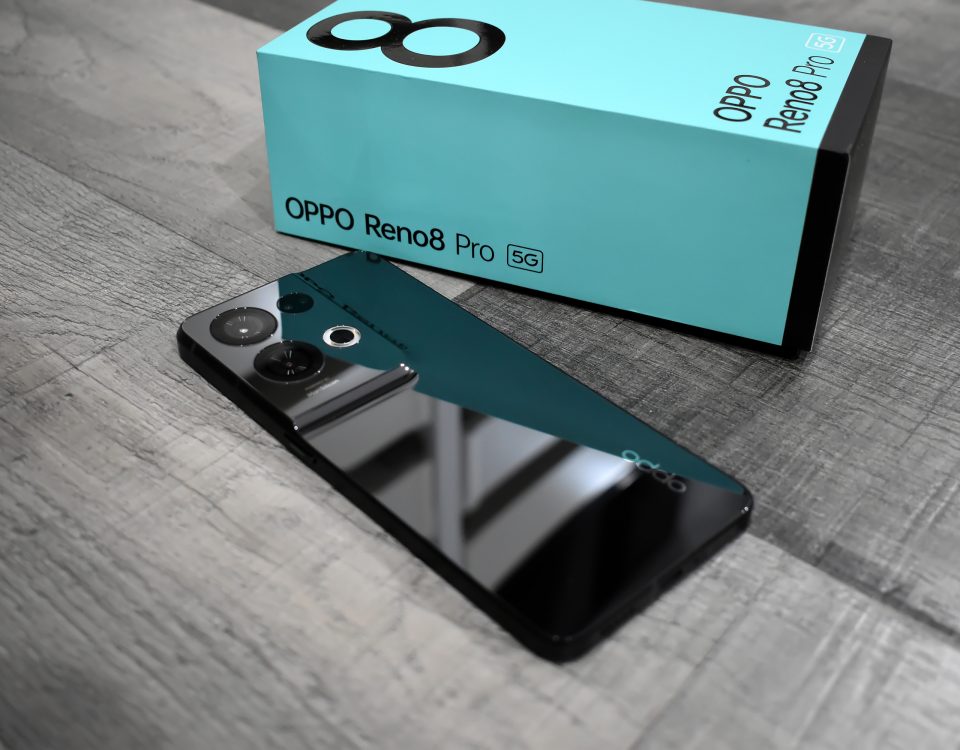 With the release of its new phone this year, OPPO has been attempting to do something special in the smartphone market. They’ve made a number of improvements to the smartphone’s appearance, starting with the OPPO Reno7 series, OPPO F21 Pro, and the most recent addition, the OPPO Reno8 series. The OPPO Reno8 Pro 5G is ready to catch people’s attention due to its clean, sophisticated design. Naturally, given OPPO’s reputation, the Reno8 Pro 5G claims to have excellent cameras for both images and video while maintaining stellar performance. Here are my initial thoughts on this feature-rich, sophisticated, smartphone.

It comes packaged in a sturdy, two-piece cardboard box. It looks quite attractive in blue and does a superb job of safeguarding the phone during shipping. The design of the phone caught my attention right away. OPPO referred to it as the Seamless Unibody Design, as opposed to the modular designs seen by LG smartphones for example. The unibody design certainly stands out as it consists of just one piece of glass rather than two distinct pieces. The rear panel uses a glossy finish rather than the matte one that most manufacturers these days appear to prefer. It is constructed from Corning’s Gorilla Glass 5 and features a raised camera module that is permanently attached to the back glass panel.

Compared to everything else we’ve seen in this price range; it all feels quite high-end and has a very distinctive appearance. Like other popular brands we see worldwide, this new OPPO phone has that same slim boxy form with rounded sides. This gives it a very familiar sensation to the high-end Apple iPhone’s and Samsung’s Galaxy S22 series smartphones.

OPPO equipped a factory-applied screen protector and supplies a silicon cover, which do give some protection for the phone’s finish. Unfortunately for some users, the Reno8 Pro does lack a 3.5mm audio jack slot, however it does have USB Type-C connectivity and for the majority of us, we use wireless headphones anyways. Even though a USB Type-C to 3.5mm converter is already available for a reasonable price, those of us who still use wired headphones may find it frustrating that it does not come with one out of the box. The Reno8 Pro 5G has 256GB of storage and 12GB of RAM, and it comes in Glazed Black and Glazed Green color variants.

When holding the OPPO Reno8 Pro 5G, it’s immediately clear that this is a high-end product. It’s amazing how much technology is packed into 183 grams with flat sides and a glass sandwich shape. The phone has a tall display and a selfie camera sensor that is positioned in the middle of the screen at the top end. The buttons are arranged as usual, with the volume keys on the left and the power button on the right. The dual SIM tray, Type-C port, and mono speaker plug are located at the bottom of the phone. The Reno8 Pro does seem to have a more substantial frame. With a 6.7-inch presentation, its screen is larger than the average smartphone screen size, so single-handed usage may take some getting used to, especially if you have smaller hands. However, the UI is so fluid and smooth that I almost forget it’s not an iPhone.

The phone’s 6.7-inch full-HD+ AMOLED display is the primary cause of the device’s enormous footprint. It appears that OPPO made the right decision to keep the flat display design from the Reno7 Pro 5G, and the Reno8 Pro 5G employs Corning’s Gorilla Glass 5 as I mentioned previously. The phone has extremely small bezels around the sides of the display, which gives it a very sleek appearance -it just feels special. OPPO uses eight separate nanometer-scale polishing techniques and an 800°C hot forging procedure for sculpting this streamlined build.

With the ‘industry-leading Turbo RAW algorithm’ as described by OPPO, you can say goodbye to poor night shots as the Turbo RAW technology automatically recognizes and removes noise when shooting at night. This turns low light shots into stunning masterpieces.

On the back of this beautiful phone, there are a total of three cameras within the frame. The rectangular frame on the back gives it a distinctive style and a captivating appearance. The frame has three camera sensors, with the primary and secondary ones embedded in a larger lens frame, and the third one positioned close to the LED flash and two large lenses. The layout of the cameras on the phone’s back is remarkably similar to that of the previous model, the Reno7 Pro 5G. The 50-megapixel primary camera uses a Sony IMX766 sensor that does not include optical image stabilization (OIS) in 4K. When turning on the stabilizing software in the camera app, it drops to 1080p and we see a slight zoom to counter any shakiness. There is also a 2-megapixel macro camera and an 8-megapixel ultra-wide angle camera. Like before, the front-facing camera has a 32-megapixel sensor, but unlike in the past, it now has autofocus.

The phone has an OPPO-customized Dimensity 8100-Max SoC from MediaTek. This is a significant improvement over the Reno7 Pro 5G’s Dimensity 1200-Max SoC. The manufacturer has also added the MariSilicon X NPU (Neural Processing Unit), an imaging chipset that is primarily intended to enhance video recording. Up to 4K 30fps of HDR video can be captured using the Reno8 Pro 5G. Slow motion makes everything look better, and the Reno8 Pro 5G produces stunning slow-motion videos with 960fps AI Slow-Motion.

The MediaTek Dimensity 8100-Max is without a doubt a formidable CPU and will perform similarly to the Snapdragon 888 SoC.

The phone is built on Android 12 and runs ColorOS 12.1; OPPO made no promises regarding a future upgrade, although based on past performance, the phone should receive the Android 13 update.

The Reno8 Pro 5G’s battery performance is slightly higher than what is expected in a current flagship phone. The battery in the device has a 4500 mAh cell, which is incredibly tough to drain, especially if you use it sparingly. For this one, the numbers are on your side. I was able to average over 7 hours a day of frequent use of the screen. Calling over bluetooth headphones, video calling, gaming, social media scrolling, and YouTube are all included. If you’re a light user, the mileage increases even further, and I am more than convinced you’ll be able to use it for a full workday.

The Reno8 Pro has an 80W wired rapid charging ability that can charge the device from 0% to 100% in 28 minutes. Being in the United States, the power outlets in most homes are of a different region then the power brick that came in the box, so I was unable to test that feature with the included power supply. However, it still charged extremely fast using a different charging block. In just 11 minutes, OPPO’s 80W SuperVOOC charger promises to recharge 50% of the Reno8 Pro’s 4500mAH battery. OPPO also states that its battery lasts up to 1600 charging cycles, which means it should last at least four years or more.

The OPPO Reno8 Pro 5G has some of the best features any Android OS user would want. It boasts a sleek and premium design and includes a fantastic 6.7 inch display, a 50MP (IMX766 sensor) main camera, an 8MP wide-angle camera, and a 2MP macro sensor.  It also has a 4,500mAh battery that supports fast charging and a 32MP Sony IMX709 selfie camera on the front. Although it is slightly higher prices than some others, we have to remember that the cost of newer hardware has gone up. The OPPO Reno8 Pro 5G is definitely a promising smartphone for the price point of $575. If you’re looking for a sleek and sexy new phone, this might just be the one for you! Check out more information at the Official OPPO Website HERE. 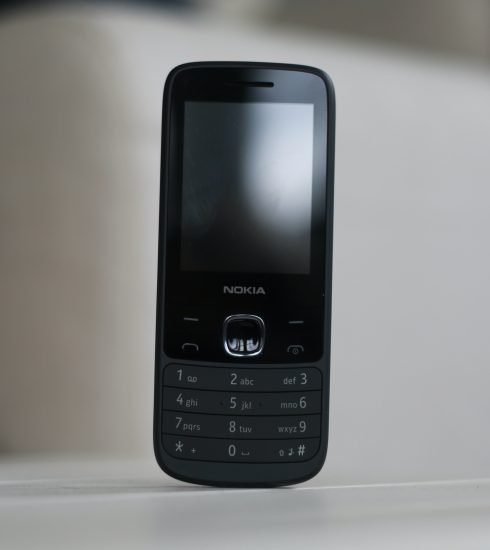 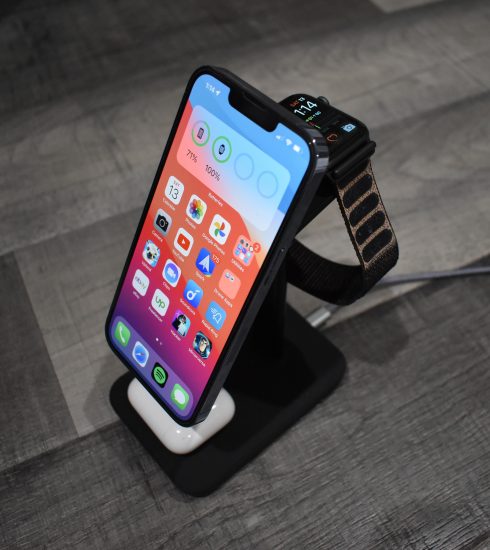 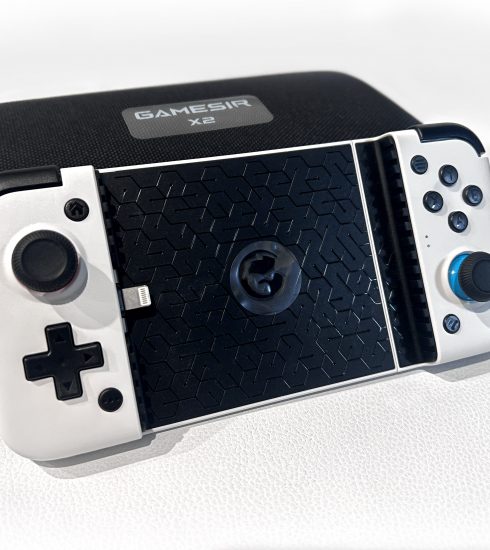