MSI, a world-leading laptop brand, has proudly unveiled its all-new laptop lineups equipped with the latest NVIDIA GeForce RTX 40 series GPUs and up to 13th Gen Intel® Core™ HX series processors. With the leap of performance boosting and the awarded recognition at CES, MSI is pushing the peak of performance and innovation with a new laptop lineup.

The new MSI laptops also feature the brand-new Intel 13th gen processors with an overall performance increase up to 45%, benefiting from the increased core count and turbo frequency.

MSI’s newest laptops are equipped with NVIDIA Ada Lovelace architecture. This one-of-a-kind design brings rapid performance with AI-enabled DLSS 3 and generates realistic virtual environments with complete ray tracing. The remarkable increase in power has enabled eight of the latest MSI laptops to be NVIDIA Studio certified, ranging from the Content Creation series to the Gaming and Business and Productivity series. It’s an exciting breakthrough!

With NVIDIA RTX™ GPUs, you have access to RTX optimizations in over 110 creative applications, NVIDIA Studio Drivers for maximum stability and performance, and exceptional AI-powered NVIDIA tools like Canvas, Broadcast, and RTX Remix. MSI Stealth, Creator Z, and Prestige series laptops are pre-loaded with NVIDIA Broadcast, giving you the ability to turn any room into a professional studio with the help of AI!

All new Gaming Series: Powerful than Ever

The newest MSI gaming laptop has an advanced thermal design that takes its gaming series to extraordinary heights. Its heat pipes were reworked to incorporate shared, dedicated, and VRAM-exclusive pipes, guaranteeing that performance will be at its peak. To further boost its GPU power, MSI’s GeForce RTX 40 Series laptops – from the top-of-the-line Titan series to the entry-level Katana series – feature the MUX design, allowing Discrete Graphics Mode to be enabled via MSI Center. It’s an exciting development!

The award-winning Titan GT and Raider GE have an unbeatable i9-13980HX processor and GeForce RTX 4090 Laptop GPU plus MSI OverBoost Ultra technology, allowing the processors and graphics to reach 250W full power or 5.2GHz frequency across 8 P-cores, depending on the workload.

To showcase the unbelievable power of these machines, Titan GT and Raider GE are fitted with amazing displays. The Titan GT is the world’s first 4K/144Hz Mini LED display, boasting over 1000 nits of peak brightness with over 1000 local-dimming zones, while the Raider GE is equipped with a 16:10 QHD+ 240Hz display. These incredible displays ensure you can enjoy every frame produced by these powerful components. 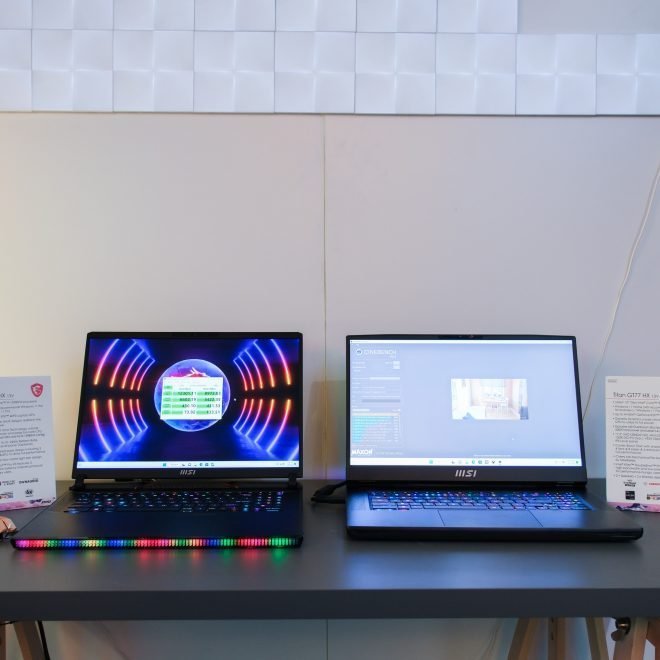 Stealth Series: Sleek and Sharp in Every Range

Get ready to experience the award-winning and slim Stealth series in the full-size range from 14-17 inches! Introducing the newly designed Stealth 14 Studio and Stealth 16 Studio, both favoured by the magnesium-aluminium alloy body for a thin and lightweight chassis. The MSI Vapor Chamber thermal design of Stealth 14 Studio makes it the most powerful 14-inch gaming laptop ever! Plus, the Stealth 16 Studio is equipped with a trilateral Dynaudio 6-speaker sound system that gives the most immersive entertainment experience. And if you’re looking for mighty performance, the Stealth 17/16/14 Studio are NVIDIA Studio-validated laptops perfected for gaming and content creation! 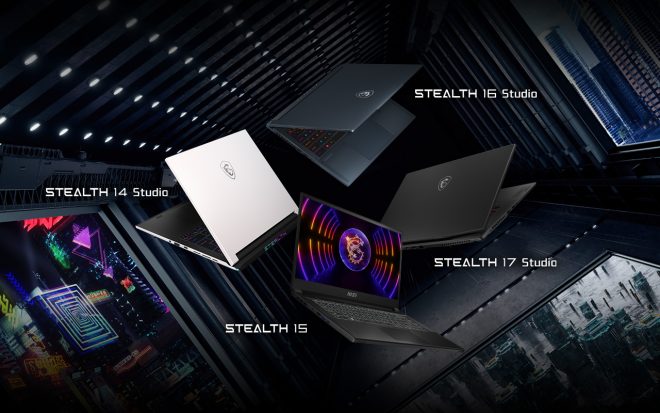 Get ready to be blown away by the all-new series of entry gaming laptops – Cyborg 15. It boasts an ultra-stylized, translucent chassis design that lets you witness the mechanical and electrical parts right through it. Its sleek, lightweight form factor is paired with a cyberpunk-inspired design that will captivate those who are tired of the dull, ordinary entry gaming look.

Moreover, MSI has upgraded their well-known gaming series: Katana, Sword and Pulse, with the latest graphics and processors for an enhanced gaming experience. Plus, Pulse, Katana and Sword come with the MUX switch, allowing gamers to quickly switch between hybrid graphics mode or discrete graphics mode with the MSI Center. 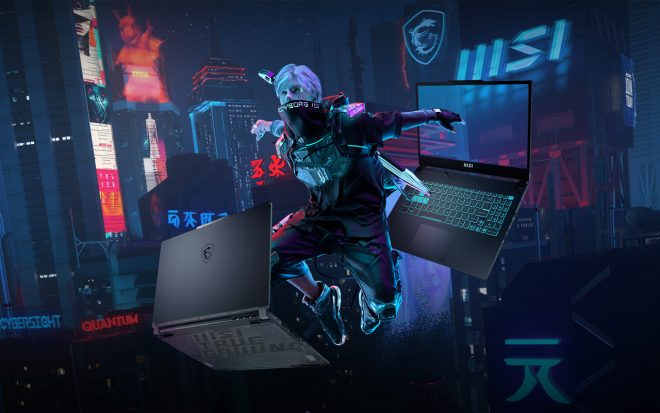 The CNC-crafted chassis of the content creation series is not the only thing to be excited about; the performance of the Creator Z series is off the charts! The latest Creator Z17 HX Studio and Creator Z16 HX Studio come equipped with Intel’s thirteenth generation HX series processors and have been approved by NVIDIAStudio. With the Vapor Chamber Cooler thermal design, the Creator Z series has become the most powerful creator laptop on the market.

Moreover, the award-winning MSI Pen 2, which boasts the latest MPP2.6 Technology with 4096 pressure levels and haptic feedback, makes it feel like you’re writing on an actual piece of paper. Furthermore, the MSI Pen 2 can also be used as a traditional pencil on paper without switching to an actual pen! 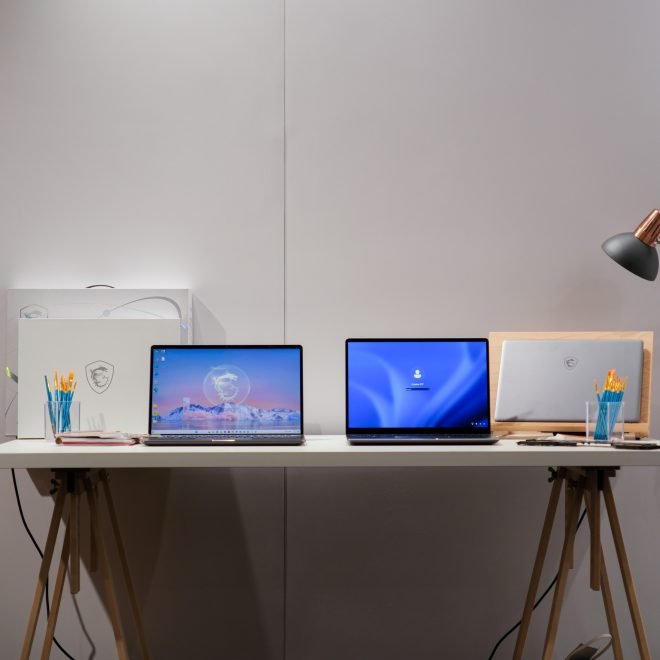 The Prestige series has been taken to a new level of power. Both the Prestige 14 Evo and Prestige 16 Evo have the capacity for the most modern Intel® Core™ i7 H series processor, providing users with a lightweight yet practical experience. The Prestige 16 Studio, furthermore, is equipped with the GeForce RTX 40 Series Laptop GPUs, verified by NVIDIA Studio and able to ensure first-rate productivity and utmost reliability. The Prestige 13 Evo, the lightest laptop in the entire MSI range, is made from magnesium aluminium alloy and weighs only 990g. It is also outfitted with a massive 75Whrs battery which can continue for 15 hours. 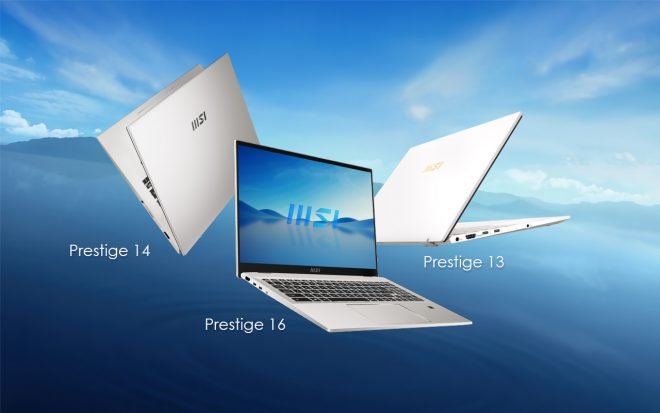 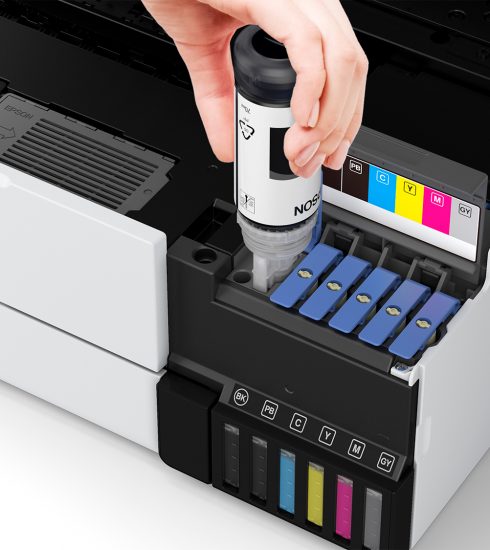 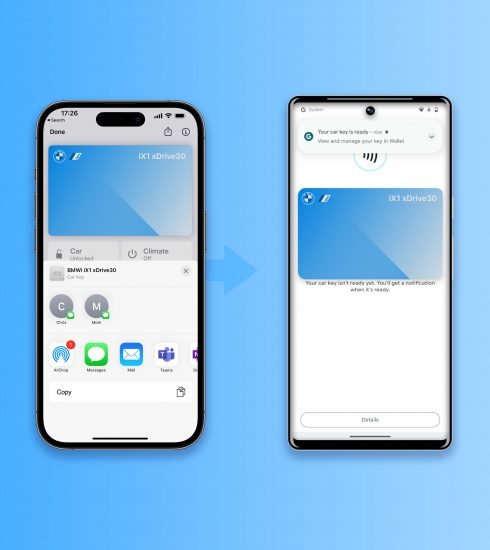 Share your BMW Digital Key between Apple and Android devices 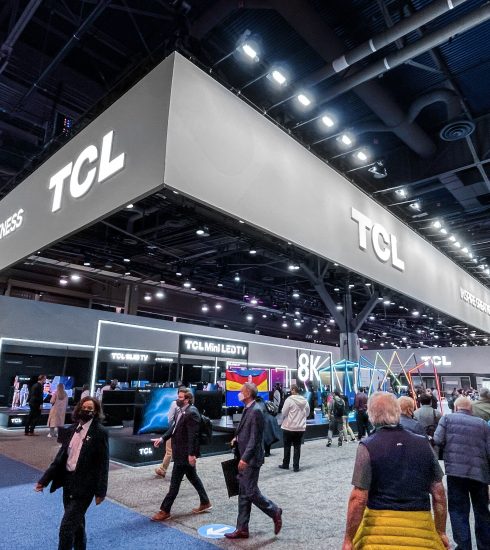