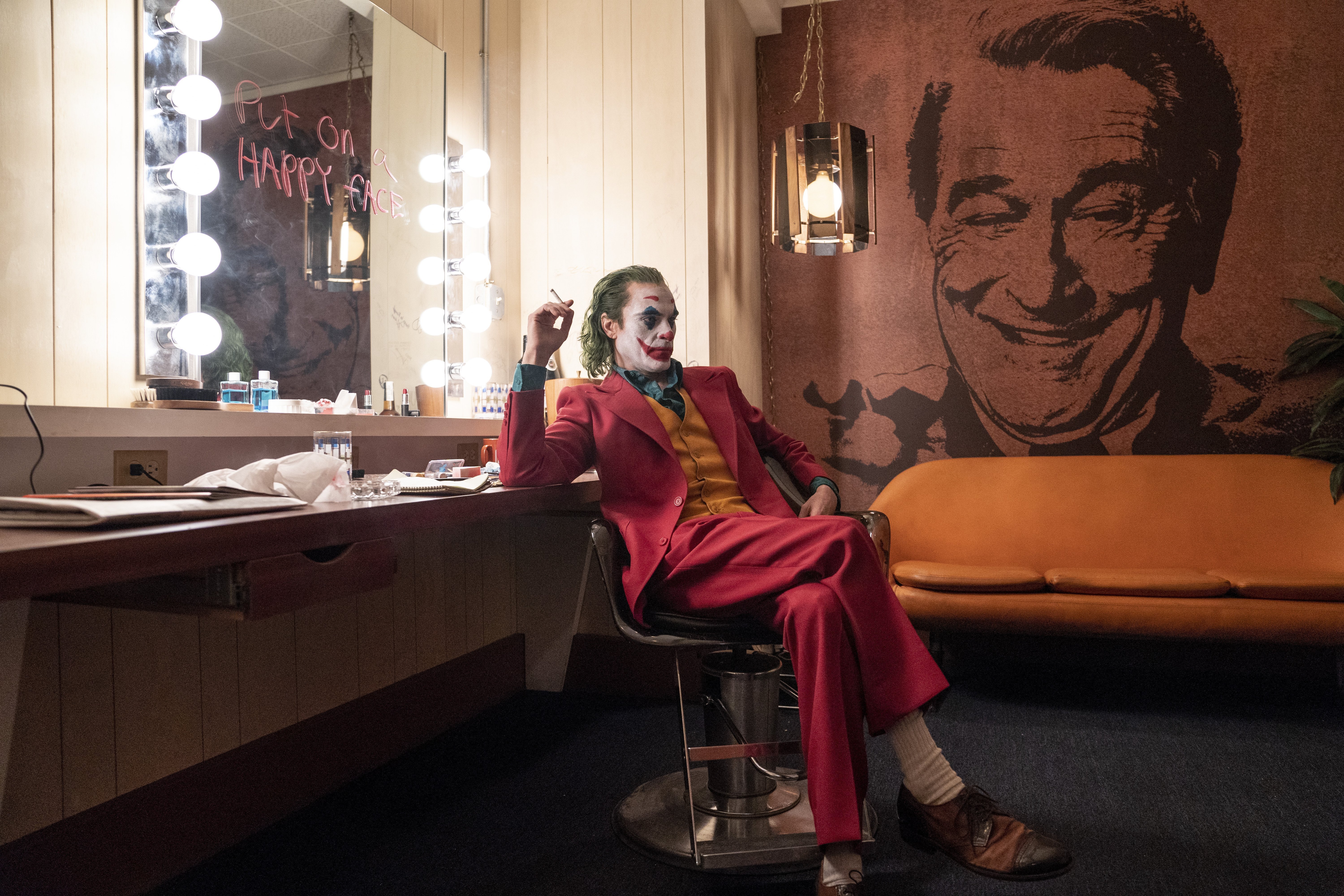 This review will contain mild spoilers for Joker.

The Joker is one of the most famous villains of all time, both in comic circles and entertainment as a whole. Over the years, we’ve seen plenty of distinct portrayals of the character that have all left a significant mark on his general perception. From Heath Ledger’s sinister unpredictable crime lord in 2008 to Mark Hamill’s insane larger-than-life cartoon villain in 1992 to Jared Leto’s unfortunate misstep in 2016, the Joker has become one of the most interesting characters in comics and cinema, and those are just some of the most well-known versions. As society goes on, new takes on this famous character will no doubt continue to be created, some good, some bad. In the case of Joker, the first stand-alone movie centered completely on the killer clown and his backstory, this version by Joaquin Phoenix will no doubt be remembered as exceptionally great. 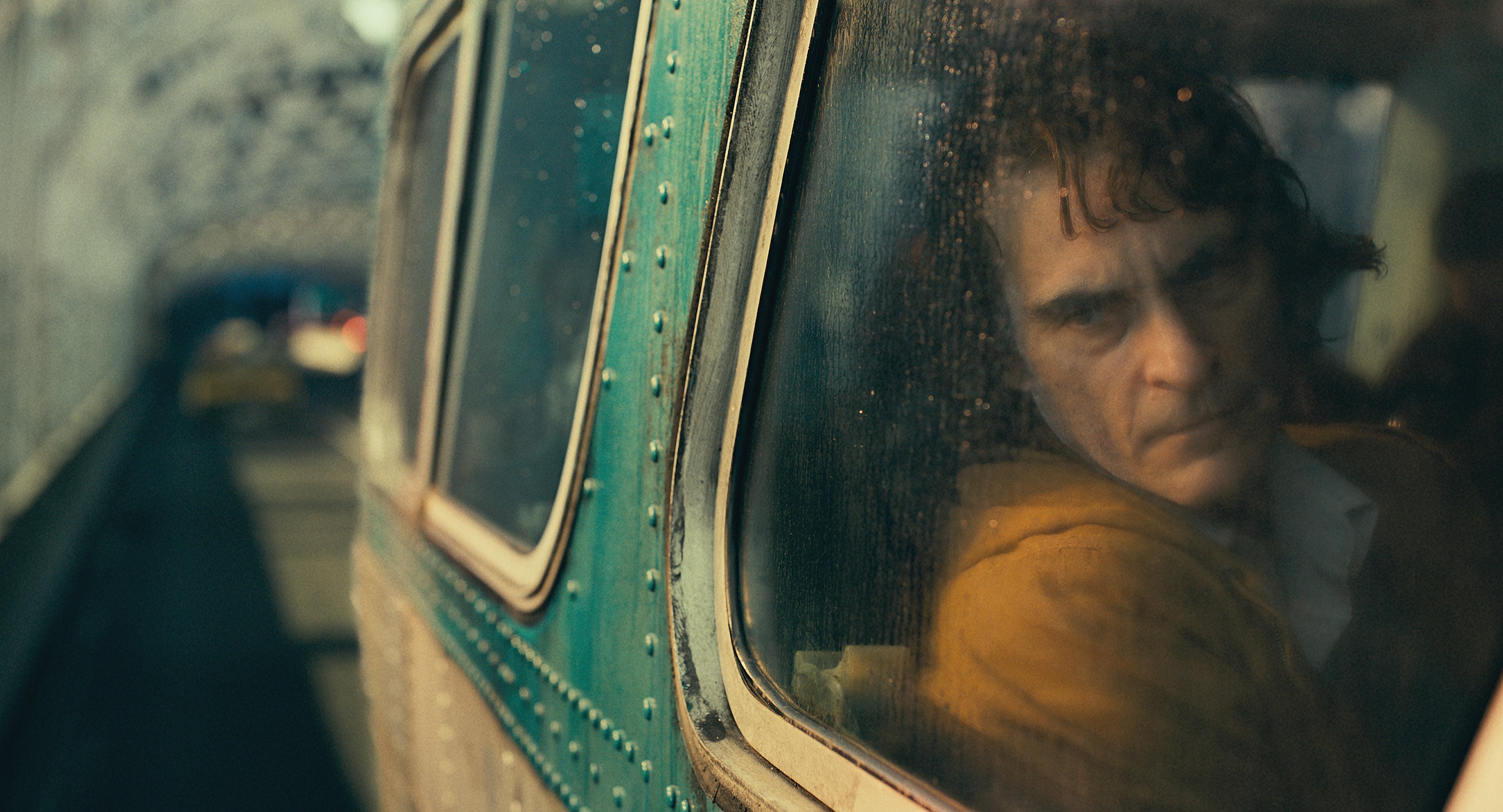 Directed by Todd Phillips, Joker takes place in an indeterminate time in the late 70’s or early 80’s, long before Batman was ready to challenge any real villains. We’re introduced to Arthur Fleck (Joaquin Phoenix), a clown-for-hire that lives with his mother and suffers from severe mental illness. Mostly notably, he has a condition that causes him to wildly laugh at inopportune moments, and the reactions of people range from uncomfortable to cold to aggressive. Arthur goes to community-funded counseling and takes heaps of medication, seemingly to no avail. His unstable mother Penny (Frances Conroy) is practically his only friend, as most of his coworkers like Randall (Glenn Fleshler) antagonize or ostracize him. Arthur passes his days by entertaining children as a clown, watching his favorite TV talk show starring Murray Franklin (Robert De Niro), trying to come up with stand-up comedy bits, pursuing a relationship with pretty neighbor Sophie Dumond (Zazie Beetz), and meeting regularly with his personal social worker/therapist. Arthur is honestly depicted as having a very hard life, due to factors such as his mental illness/chronic laughter, living in poverty while taking care of his dependent mother, and a world around him that thrives off of baseless cruelty. But what really sells Arthur Fleck as a sympathetic protagonist (meaning main character, not hero) to the audience is Joaquin Phoenix’s fantastic acting. All of the cast does great, but when push comes to shove, this is Arthur’s movie, and he could carry it himself if he had to. Every moment that he’s onscreen, you completely believe that he is a man with severe trauma becoming a villain due to society pushing him down at every turn. From his uncontrollable laughter to when his more violent mannerisms begin to take form, you can always follow where Arthur’s mind is going and wondering what he might do next. This performance is scary and intense and immensely impressive. 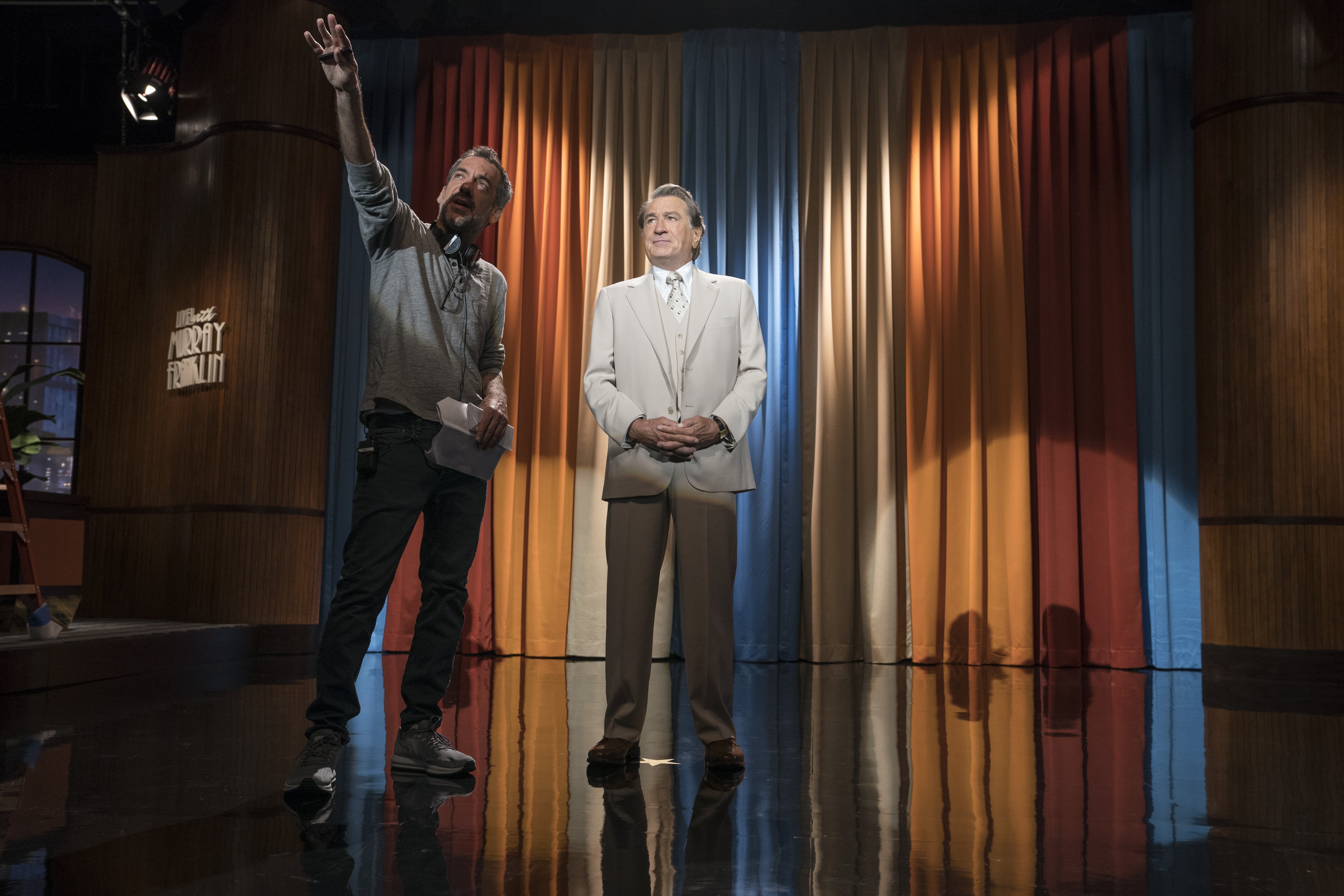 Perhaps the most interesting thing about this film’s plot is that, despite occasionally dragging, you’re allowed time to see every small detail that goes into pushing Arthur to become the Joker. Randall giving him a gun, being fired from his job, losing his trust and relationship with his mother, realizing the true nature of his relationship with Sophie, losing access to medication and therapy due to budget cuts, being publicly harassed multiple times, and, as the nail in the coffin, being mocked on live television by Murray Franklin for his stand-up routine. He’s also told by his mother that his true father is Thomas Wayne (Brett Cullen), who is currently running for office and wants nothing to do with Arthur, as he claims that Arthur is not his son. His political campaign is also focused on getting more benefits for the few rich people like himself by taking more from the many poor people like Arthur, which pits the Wayne family against some heated opposition with the growing rise in wealth inequality protest because of the Joker. Bruce Wayne himself appears in a scene as well, which most fans of Batman seem to either completely love or hate for happening. Personally, I found it very intriguing to see the brief seeds of an iconic duo being planted, showing that even years ago, Batman and Joker were acting as cinematic foils for each other. It would be great to see Joaquin Phoenix’s version of the Joker appear alongside a fully-grown Batman (perhaps Robert Pattinson’s?) but nothing of that sort has been announced as of this review’s publishing. 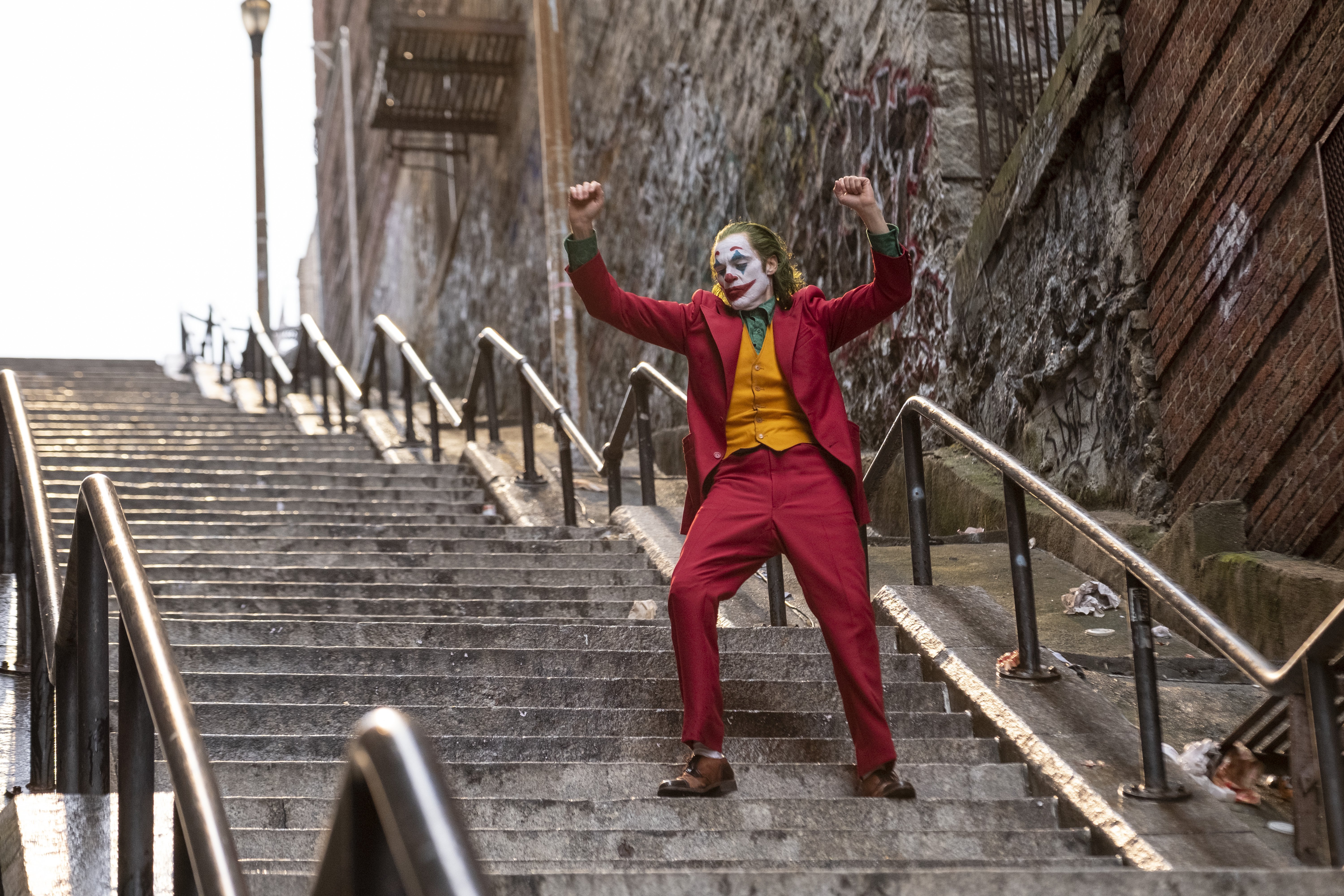 After watching the Joker and hearing people talk about what they thought of it, it becomes very obvious that you can ask a hundred different people what they took away from the film and get a unique answer from each one. This reflects on how it’s very unclear what sort of message that the creators of the Joker were trying to send with this movie. Were the protestors being framed as wrong for idolizing a killer as a symbol of striking back against the rich? Or were they justified in pushing back against the greedy billionaires that kept exploiting them and taking what little the impoverished had in order to benefit themselves, despite already having more money and power than they could ever need? It’s not completely clear, and in the end many ethical questions are left for the audience to answer themselves. Personal taste will dictate whether you view this as a positive or negative aspect. I myself do find the open-ended themes interesting and preferable to thematic elements being bashed over the audience’s head, as this film could’ve very easily done with its premise. Had the Joker been portrayed as simply a dissatisfied but privileged white man with no mental illness or poverty to deal with, these themes probably would’ve needed to be clarified better so as not to send a wrong message in today’s world. However, the fact that they made Arthur disenfranchised by society in a very realistic and upsetting way helps the movie from seeming too sympathetic to those that commit violence in the real world. Perhaps the most tragic thing about the Joker that we see is that he probably could’ve led a semi-normal life if the world wasn’t systematically stacked against him. If he had a better family growing up, a psychological support system, free access to medication, and generally a more empathetic world and people around him, he most likely wouldn’t have become the Joker. Things like these can be preventable. His actions still aren’t excused, but they are explained and can be understood thoroughly by the audience (once again thanks in part to Phoenix’s phenomenal performance as well as solid writing). During points of the movie, the viewer may alternate between feeling sorry for Arthur to feeling uncomfortable with themselves for empathizing with him, especially when you watch the build-up to him committing violent acts. And this movie is quite violent; it takes its sweet time before allowing chaos to ensue completely, but when the floodgates open, you’ll remember that this film strives for realism in all things. 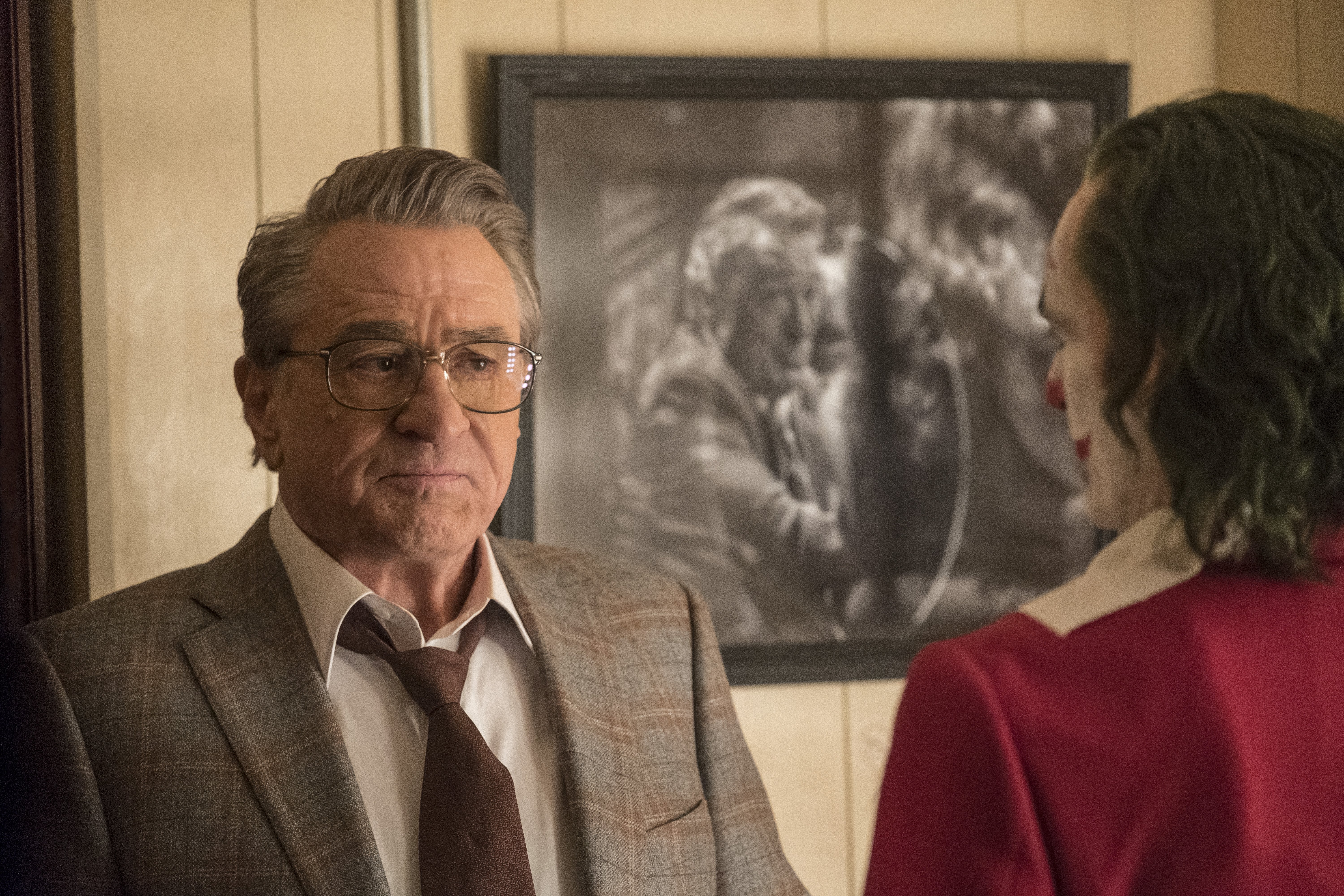 While it may not be perfect at all times in its execution, the Joker really excels at starting conversations about sensitive but important topics that affect us regularly nowadays. The themes of this movie are subtler than we may have come to expect from superhero movies, but they are there and they will get us thinking about morality. Not to mention that almost everyone that’s seen the film is raving about Joaquin Phoenix’s energy and presence, but it’s for good reason. This role truly couldn’t have been played nearly as well by anyone else, and the writing, directing, and cinematography all came out great as well. 2019’s Joker is already showing its widespread influence and will most likely be remembered even as time goes on for its controversial release and gripping, timely narrative. In a world filled to the brim with superhero movies (most of which are Marvel), it’s refreshing to see DC break out of their slump and do something different. 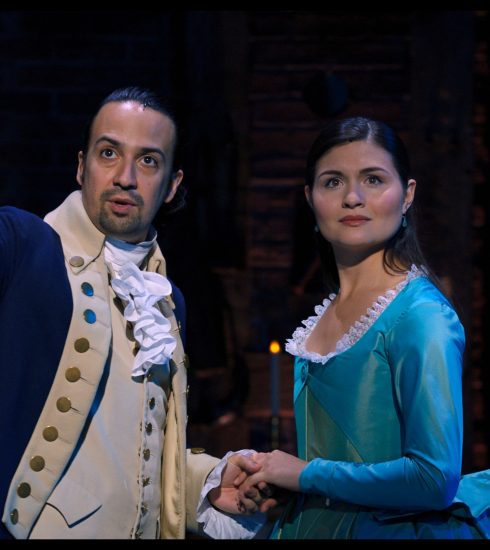